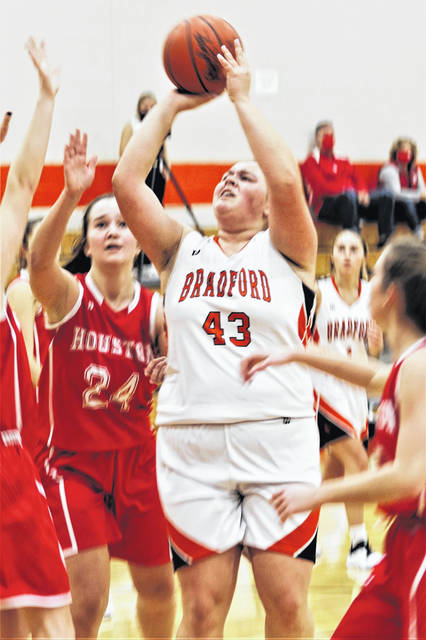 “This team really battled us last year tooth and nail at the end of the season,” said Bradford coach, Chris Besecker. “It ended up being a 3 point game.”

The Lady Wildcats took the opening period of play outscoring the home team 9-6 with Remi Harleman accounting for all six Bradford points.

“Remi struggled in game one, didn’t score but bounced back and had a really nice day today,” Besecker stated. “It’s nice – we have some ‘bigs’ on the bench we can bring in to give her a little spell.”

The Lady Railroader took control of the game in period No. 2 by putting 21 points on the board led by 11 Austy Miller points while holding Houston to 7 points sending the teams to the break with Bradford holding a 27-16 lead.

“I knew they would be a formidable opponent coming in,” Coach Besecker said of Houston. “It just took us a while to get going offensively. We missed opportunities early and once we got going on offense and put a little gap on the scoreboard we relaxed and played a little better.”

Bradford used third quarter balanced scoring to add 20 points to the book while the Lady Wildcats were half as good with 10 points. Emma Canan and Cassi Mead each contributed 5 points in the period including both hitting a 3-pointer to give the Lady Railroaders a 47-26 lead after three complete.

The Lady Railroaders took the final quarter of play by an 11-10 score giving the home team an impressive 22-point win.

Miller led Bradford and all scorers with 19 points. Harleman chipped in 12 points for the Lady Railroaders.

“It was pretty balanced, the kids all contributed. “Austy had her usural game and made plays, was all over the court. Remi stepped up and had a really good game for us today around the basket.”

“Every day we can get in the gym and play we’re just real happy whether it’s practice or a game given the current environment we’re in,” Coach Besecker said following the game. 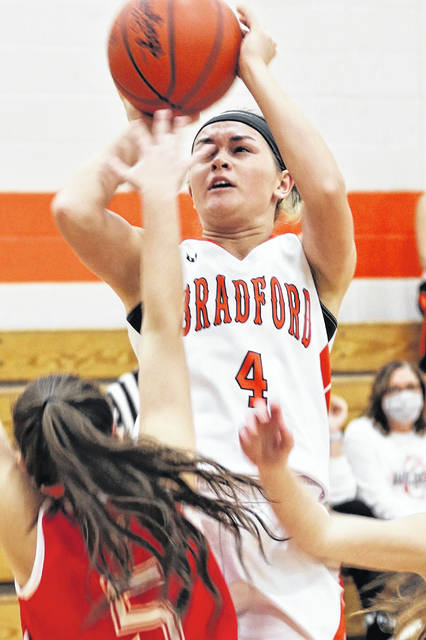 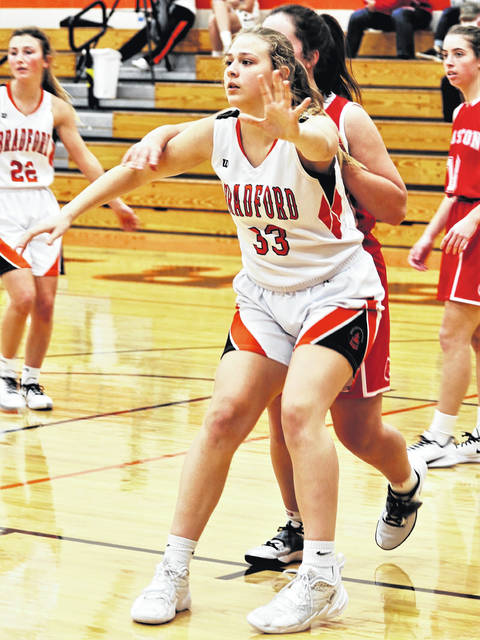 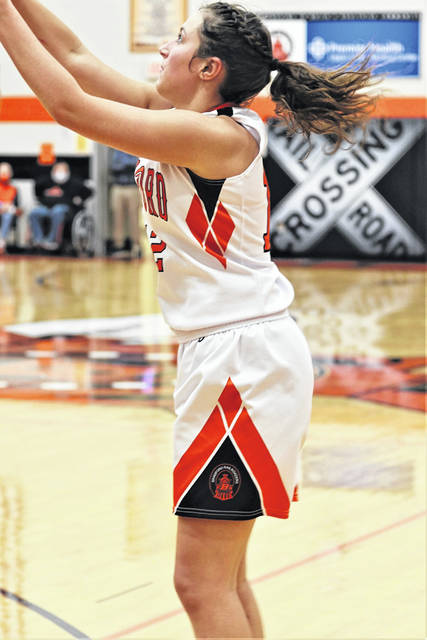 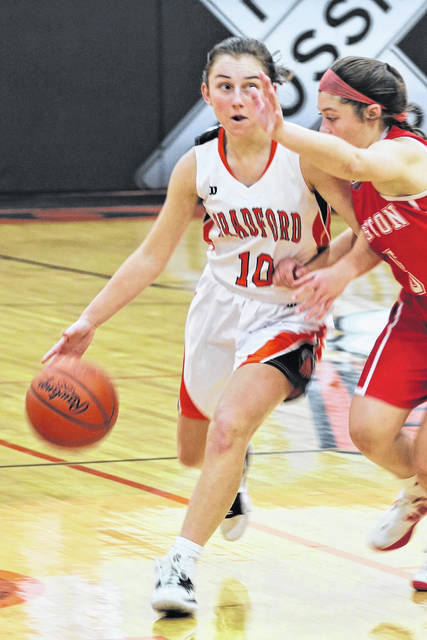