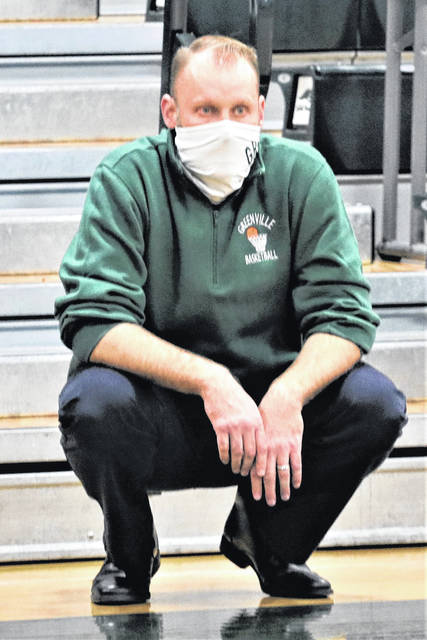 “They are such a good group of kids and they just keep coming,” said Coach Matt Hamilton. “They work hard and great unselfishness. They worked the ball around all night long, just really proud of them.”

“We have a lot of size and athletic ability,” Hamilton noted. “Even the big guys can play different positions – so that helps a lot.”

Playing without one starter and the sixth man, Greenville took a one point 7-6 lead after one period of play at in the GHS high school gym. Carson Good nailed a 3-pointer and Drew Hamilton and Eric Brenner each added a 2 point bucket for the Green Wave.

“This class is deep, they all work hard,” said Coach Hamilton. “They have been playing together for a few years we definitely missed them but we did what we needed to do.”

The Greenville team took period No. 2 by a 10-4 score with balanced scoring coming from Hamilton’s 4 points and two each from Layne Hocker, Owen McGreevey and Brenner sending the teams to the break with the Wave leading 17-10.

The Green Wave defense kept the Indians off the board in the third quarter while Good, Hamilton, Brenner each tossed in 2 points and McGreevey added a point giving the home team a 24-10 advantage heading to the final period of play.

Good led the Green Wave in scoring with 11 points. 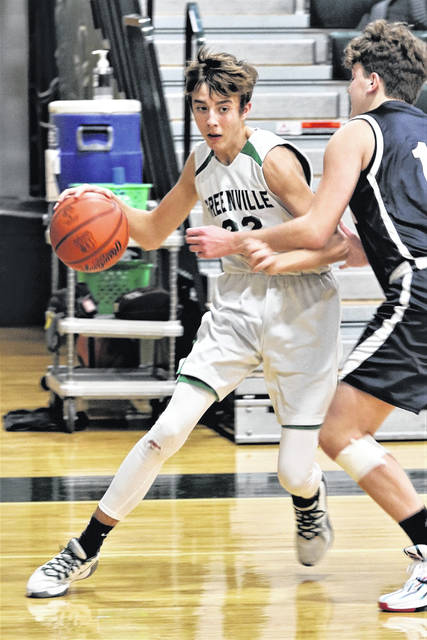 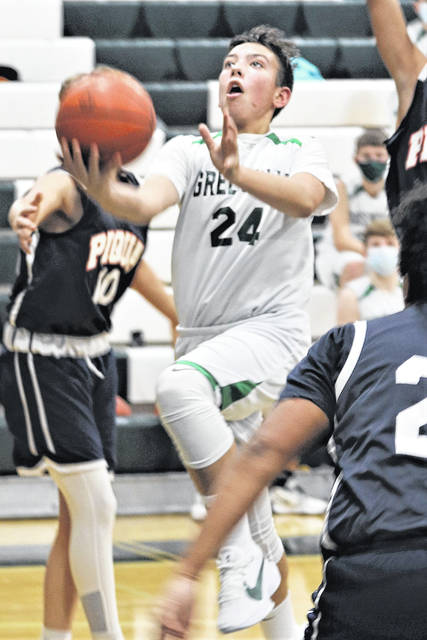 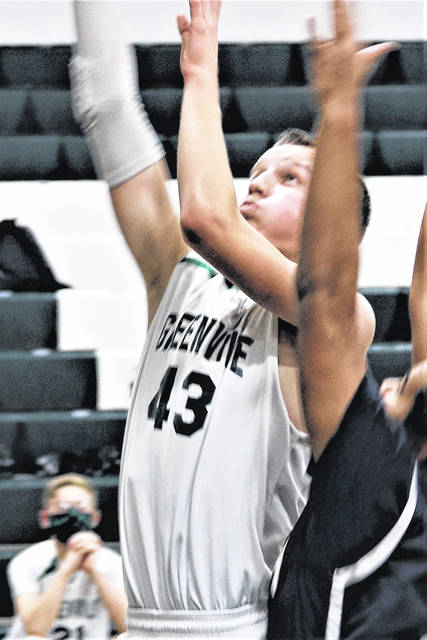 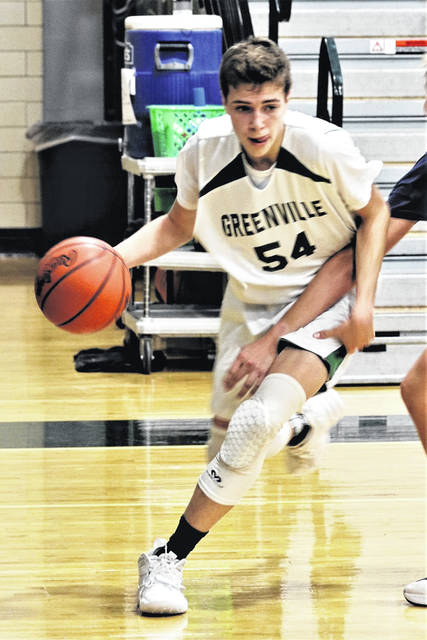