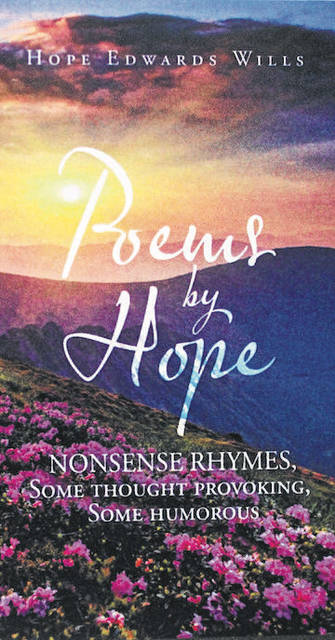 DARKE COUNTY — A former Union City resident has put her poetry to paper, and her work is now available to read and enjoy.

Hope Wills recently published a book that is now available for checkout at the Union City and Greenville Public Libraries, and for purchase online. Poems by Hope features a series of poems that Wills says have been primarily influenced by her upbringing, life and understanding of the world.

Wills, 74, was born and raised in the Union City area. She attended and graduated from Union City Westside, where she met her husband Allen Wills. After graduating from high school, Wills and her husband moved to Adrian, Mich. in 1969, where they have lived since. Wills mother, Mae Fern Edwards, was the proprietor of Mae’s Truck Stop in Union City for a number of years.

Wills began writing poetry about 20 years ago. She contends that her desire to write wasn’t sparked by any divine inspiration or overt desire to be a writer, but rather, something that came naturally to her. She noted that she began reciting poetry in her head, which evolved into her thinking of her own poems, which ultimately led to her writing out her poems and sending them to family members. One of her family members was particularly impressed by her writing, and worked with Wills to get her works published.

“I never thought my writing would become a book, but to see it now is very exciting, especially at 74 years old,” Wills joked. “With COVID being on everyone’s mind, it was nice for me to have something else to think about and enjoy, and I hope other people enjoy it as well.”

Wills noted that she now finds inspiration for her poems in a number of ways. In the book, there are sections of poetry that feature farm animals, something that Wills credits to her late father.

“My dad passed away some time ago, but I still see him in my writing today,” Wills said. “The farm animals in my book I think relate to my upbringing in Union City and the time I spent with my father.”

Her other works find inspiration elsewhere, but Wills assures that all of her works are heartfelt and meaningful. She hopes that readers will be able to appreciate her work, while still keeping sight of what’s important — to enjoy it.

Wills story represents how a small hobby can turn into a much bigger project when given the proper care and timing. Wills’ hobby and way to escape has manifested itself in a full book that is meant for people of all ages. The Daily Advocate congratulates Hope Wills on all of her hard work, and for finally having her works published. 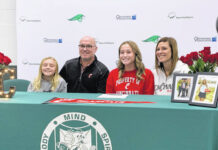