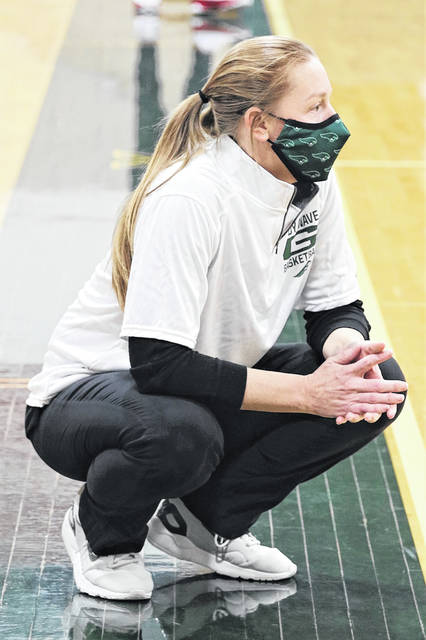 “The team got hit kind of hard with Covid so we had to take a step back and quarantine everybody,” said Greenville head varsity coach Rachael Kerns. “I don’t know the exact number of days but we went about 10 days with absolutely no basketball. We couldn’t see them, they couldn’t get in the gym, they couldn’t get shots up, they were quarantined to their house so we could do nothing basketball related.”

“We were down three senior varsity players,” Kerns noted of the Tuesday night lineup. “If you go back into the stat of the night, one Greenville girl played varsity basketball last year that played tonight so when we keep that in mind and you lose by 12 to a crazy athletic West Carrollton team – and they got after it, they are athletic, they are real good in transition.”

The Lady Wave took the court Tuesday night with just a two hour practice and an hour and a half practice before facing the visiting Lady Pirates.

“We are not in the right basketball shape right now,” Kerns stated. “I can’t blame the girls for that. It’s just the reality of where we are at.”

West Carrollton took the opening period by a 15-8 score and added to its lead with a 15-11 count to take a 30-19 lead to the halftime break.

Sophomore Skylar Fletcher paced the Lady Wave in first half scoring with 8 points, all coming in second quarter play.

The 21 fans on the Greenville side of the court saw the Lady Wave battle back to take the third quarter of play 14-13 led by Josie Camacho’s two 3-pointers to make it a double digit 42-31 Carrollton lead with one period to play.

The Lady Pirates made it a 20 point advantage in fourth quarter play before the Lady Wave cut the visitors lead to eight. With Greenville forced to foul, Carrollton took the final quarter by a 14-13 score.

The Lady Wave shot a torrid 10-11 at the free throw line while Carrollton was knocking down 13 of 19 at the charity stripe.

Coach Kerns was not making excuses for the team’s loss following the game and did find some bright spots to take away from the team’s 2020-2021 season opener.

“We had one true varsity basketball player coming in here – now leaving tonight we have a lot more varsity basketball players but to get that first varsity game under your belt – it was just a tough game,” stated Kerns. “We did do some things really well and there is a whole lot we need to work on moving forward but I’m not upset about our effort, not about our intensity.” 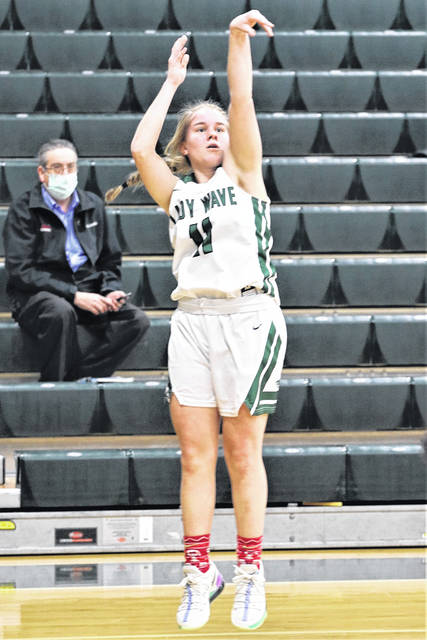 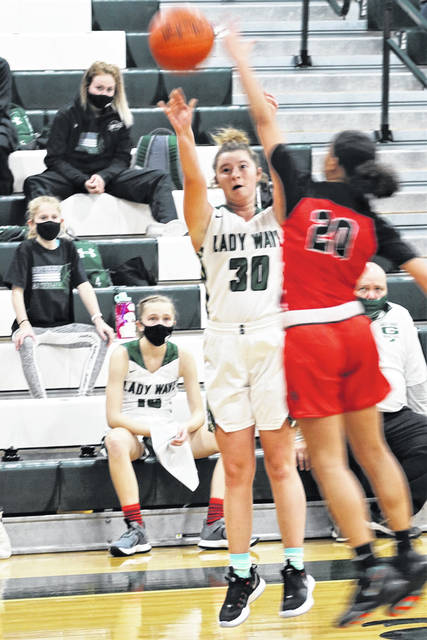 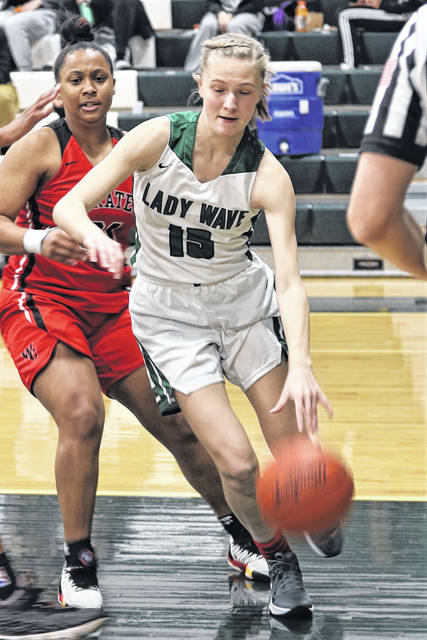 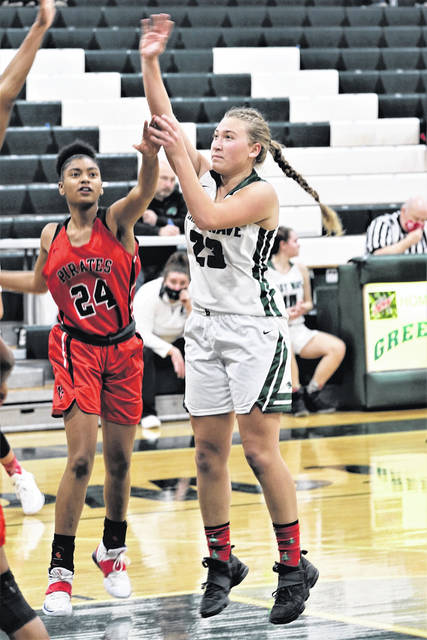 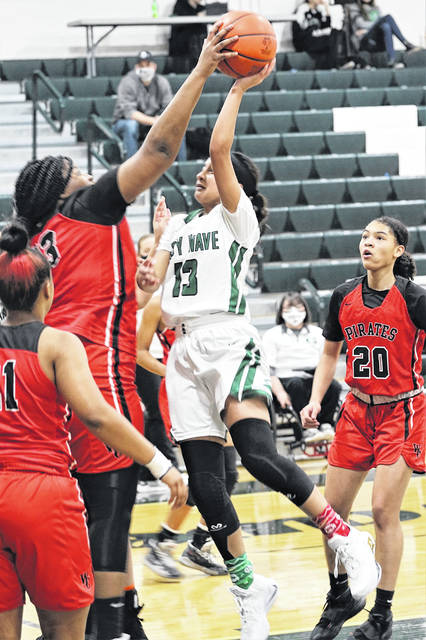