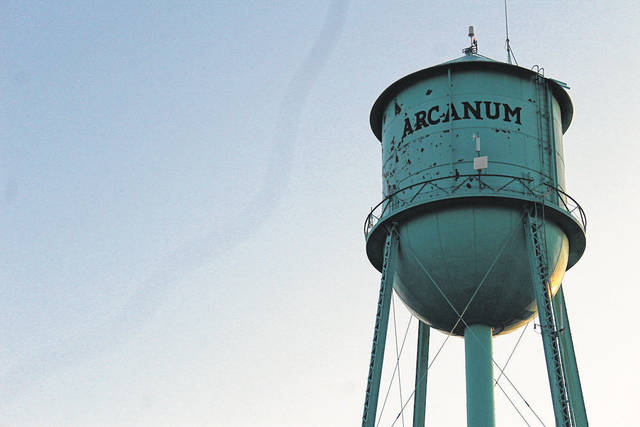 ARCANUM — The Arcanum Village Council met Tuesday evening to primarily discuss the northwest drainage project and police grants that will be used to purchase new equipment for the department.

Village Administrator Bill Kessler opened the meeting with a report on the northwest drainage project that the town is currently undertaking. He informed council that the project workers are unable to place cameras at certain points along the path where the drainage pipe will go. As a result, the area dug out for the pipe took a minor detour, and the town has elected not to follow the path to keep costs the same as originally planned. Kessler informed that there will, however, be a small charge for dealing with the pipes that are already underground.

Kessler also informed council that workers found a sinkhole that is connected to the village’s sanitary system. This pertains to the influx of water that the village sees when the creek is high, and Kessler noted that it is a major part of the village’s infiltration and inflow system. The village experiences around a 400-percent increase in infiltration and inflow when the water is high. Kessler concluded by informing that the village has contacted a camera company to check the pipes near the sinkhole for errors.

Rick Genovesi, chair of the village safety committee, reported that the Arcanum Police Department received a grant for new equipment. Arcanum Police Chief Marcus Ballinger spoke on these grants and his plans on how to use the funds. Two separate Edward Byrne Memorial Justice Assistance Grants will cover the costs of new camera and radio equipment for the police department. Ballinger explained that the village plans to upgrade the cruiser radios that have been used for almost twenty years. The current radio system has the capacity to connect to the Multi-Agency Radio Communication System (MARCS), a network connecting all Ohio police departments, but are simply outdated. Ballinger noted that this is a major improvement in the police departments radio communications.

When asked about the grants, Ballinger stated, “I appreciate the opportunities for law enforcement to receive these grants, it is a very small price to pay to get the equipment that our officers need.”

The village utilities committee reported that they have several applications for the village lineman position, and are focusing in on one candidate, but have yet to come to make a hire.

Jacob Banks, chair of the service and leisure committee, reported that the new playground equipment at the ball diamonds will be ready by spring with no issues. The equipment has been grounded, but there are finishing touches that need to be completed, as the weather permits.

Moving to new business, the town discussed an ordinance regarding amendments to the 2020 appropriations for village expenditures relating to the general fund, fire fund, garbage and refuse fund, coronavirus distribution fund, the South Main Street reconstruction fund, the North Street reconstruction fund, and the sewer and electric funds. The motion was adopted and declared an emergency after minor amendments were discussed. 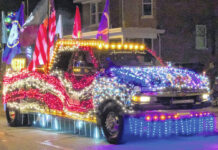 Ansonia brings in holidays with parade 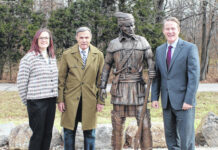