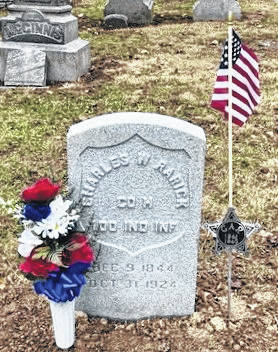 While DAR members were documenting Veterans graves over the summer at the cemetery, it was found that two Civil War Veterans never had grave markers and two other markers needed replaced. DAR member Caroline Petitjean assisted the cemetery by submitting government-issued marker applications to Washington D.C. and all four Civil War markers were approved.

Charles W. Rarrick served in the Civil War in CO H 100 Indiana Infantry. He was a Private in the Union Army and listing August 28, 1862 and mustard out June 8, 1865. He was born December 9, 1844 and died October 31, 1924 he participated in 30 battles and escaped injured. After the war he became a teacher and later attended medical school. He began his medical practice in 1883 in Greenville. His parents were Phillip and Sarah Rarrick.

William H. Ryan served in the Civil War in CO B 152 Regt Ohio Infantry. He was a Private in the Union Army. Ryan enlisted May 2, 1864 and died May 23, 1864 in a hospital at New Creek, Virginia (now West Virginia) probably of disease. He was one of four brothers who served in the war. Two brothers, Frank and Daniel, survived and are also buried at Greenville Union Cemetery. John, the older brother, died April 11, 1864 at a Confederate prison at Danville, Virginia. They were the sons of Rudolph and Ellen Ryan.

George D. Farrar served in the Civil War in CO I 94th Ohio Infantry as a 1st Lieutenant in the Union Army enlisting August 6, 1862 and mustering out June 6, 1863. He was born November 12, 1841 and died October 4, 1919. Farrar fought in the battles of Chaplin Hills in Kentucky and the Battle of Stones River in Middle, Tennessee. After the war he worked as a printer in Texas for several years. Farrar died of tuberculosis from exposure to carbon-based ink. His parents are Josiah and Eliza Farrar.

Fort GreeneVille Chapter would like to thank all those involved in setting the new grave markers and to Tracy Tryon for all his assistance during this project. 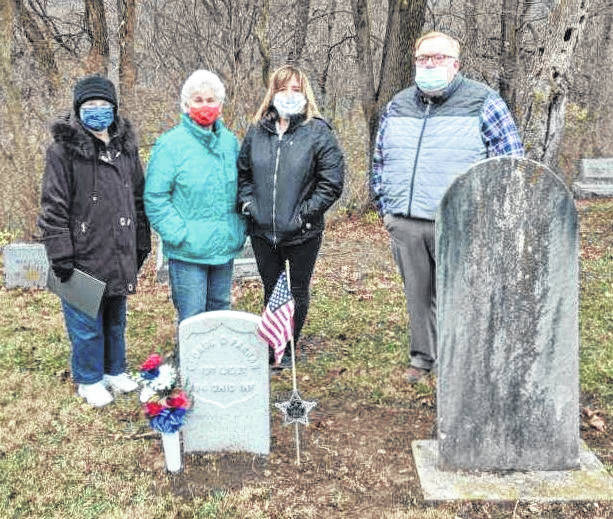 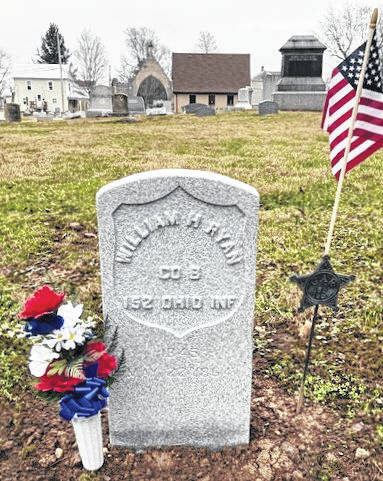 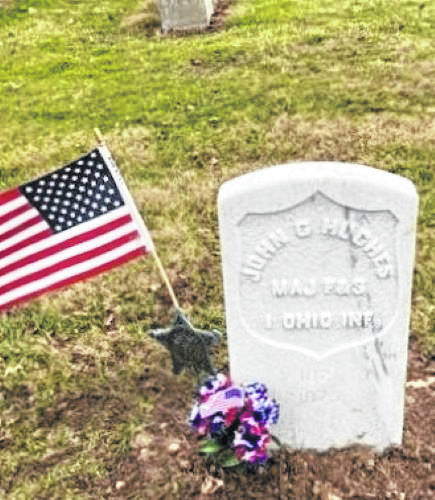