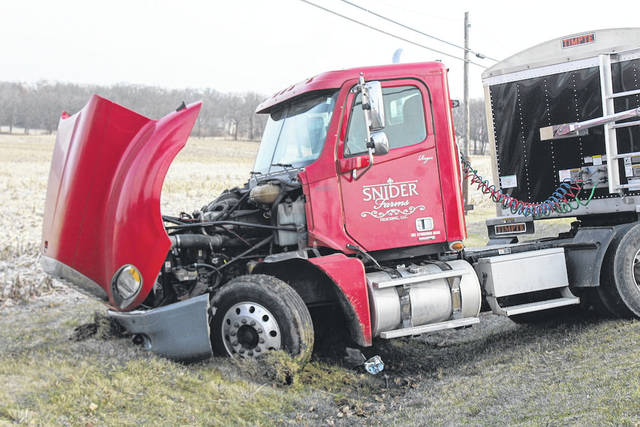 GREENVILLE — A four-vehicle accident on U.S. Route 36 East on Tuesday morning resulted in no major injuries, but kept the roadway closed for nearly two hours.

Pearson’s vehicle was then struck by a red 2007 freight liner semi/tractor trailer driven by Lucas Snider, 40, of Fort Loramie, which was traveling westbound. Iacovelli continued westbound striking an eastbound maroon 2015 Jeep Cherokee driven by Autaum Moore, 21, of Greenville. Iacovelli traveled off the left side of the roadway striking a fence and coming to rest in a yard.

Greenville Township Rescue treated and released all four occupants at the scene. Iacovelli was issued and citation for traveling left of the center line.