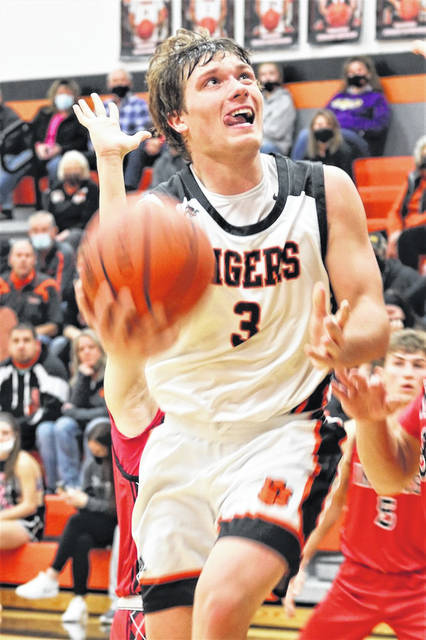 “It was a team effort tonight,” said Ansonia coach, Devin Limburg. “That was a good team tonight.”

The Tigers took the opening period 12-8 with Ehan Hemmerich accounting for 7 Ansonia points including a trey, Reece Stammen chipping in 4 points and Isaac Barga adding a free throw.

“Hemmerich was good early for us,” Barga stated. “He kind of got us going in the first quarter.”

Newton battled back taking period No. 2 by an 11-8 score sending the teams to the break with Ansonia holding a 1 point 20-19 advantage.

The Tigers were six better in the third adding 13 points to the board while limiting Newton to 7 points giving the home team a 33-26 lead with the teams heading to the final period of play.

Both Ansonia and Newton saved its best quarterly offensive output of the night for the fourth quarter with the Tigers taking the period 22-21.

Down 53-46 with 0:43 showing on the fourth quarter board, the visitors made a run to trail by three at 50-47 only to have 6’0” Ansonia freshman, Garrett Stammen drove the lane for an old fashioned 3 point play followed by back-to-back free throws in the closing seconds to give the Tigers an 8 point home win.

“We were up nine and then they cut it there just because we weren’t solid,” noted Coach Limburg. “We fouled and put them back on the free throw line and they got it back and fouled again – we have a lot we have to cleanup as far as defense goes.”

“Garrett (Stammen) is getting more and more confident as we go,” Coach Limburg said of his freshman. “We put him in situations it’s hard for a freshman to be in and he is coming though. He’s growing. He has some ups, he has some downs but in the long run this is going to help him a lot.”

“Reece (Stammen) did well tonight,” continued Limburg. “I thought offensively he was patient. The shots he ended up getting were all going to the basket. Isaac Barga was good on the boards again. He’s been our rebounder all year.”

With the win, Ansonia improves to 3-1 on the season. 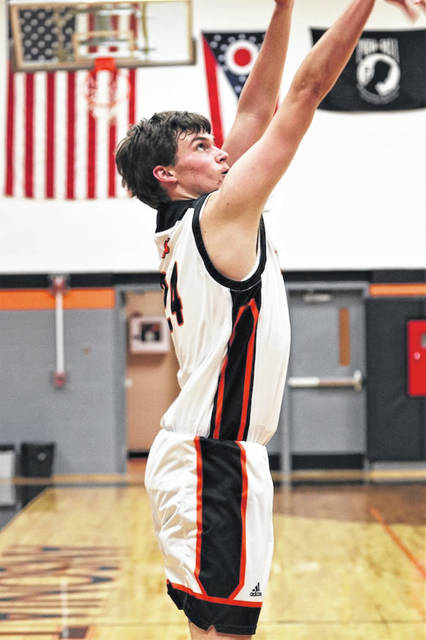 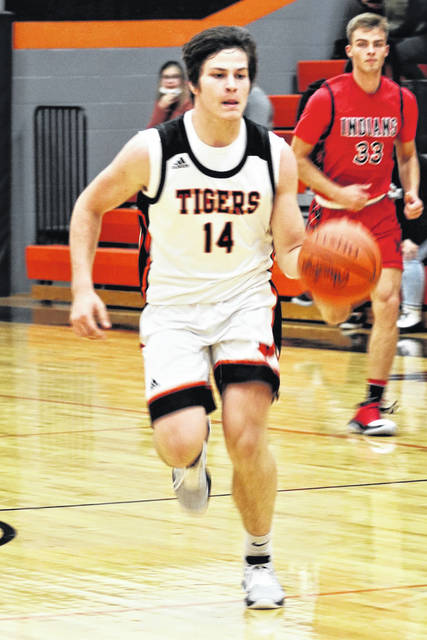 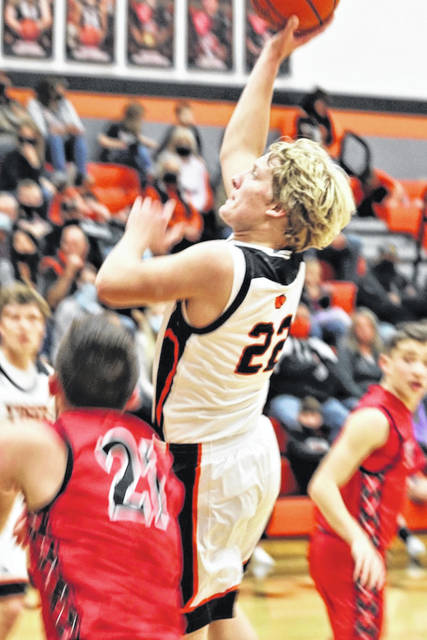