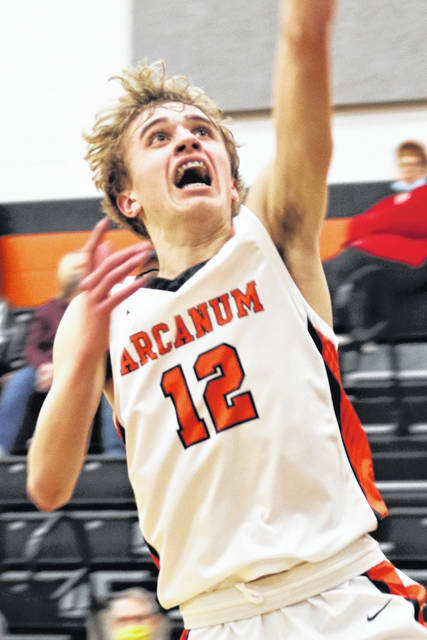 “They had some athletes out there,” said Arcanum coach Roger McEldowney. “They got the first few offensive rebounds and I thought we might be in for a long night but we talked to them about getting a body on somebody and being more aggressive going after it – it seemed like we were after that.”

The visiting Eagles took the opening quarter by a 14-10 score and stepped up defensive pressure in the second quarter to shutout Troy 13-0 and take a 23-14 lead at the break.

“We started in a zone and they got a couple buckets and then we ended up towards the end of the first quarter going to man,” McEldowney stated. “Our kids really played man defense well and gave them some trouble the rest of the way.”

“We were struggling to score a little bit like we have most of the year and Jake hit some huge shots in the first half,” McEldowney noted. “That just really kind of gave us a little bit of a cushion.”

The Trojans continued to put distance between the teams in the third outscoring the Eagles 16-6 to lead 39-20 with the teams heading to the final period of play. Ian Baker had the third quarter hot hand dropping in 9 points including a trey.

Fourth quarter play saw Coach McEldowney go to his bench early with the visitors taking the final quarter 8-5 giving the home team an impressive win over the Eagles.

Goubeaux led Arcanum and all scorers with a game high 18 points and Baker added 11 points for the Trojans.

“Jake played extremely well tonight, got some steals, played good defense but they all did, they all played well,” Coach McEldowny said. “Baker got some good buckets inside and our seniors led us like they always do so it was a great win.” 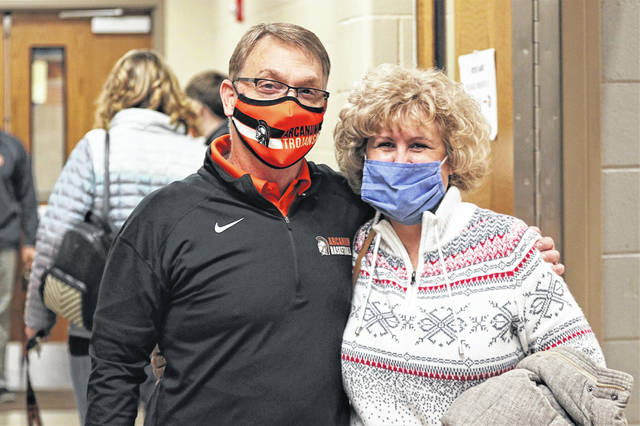 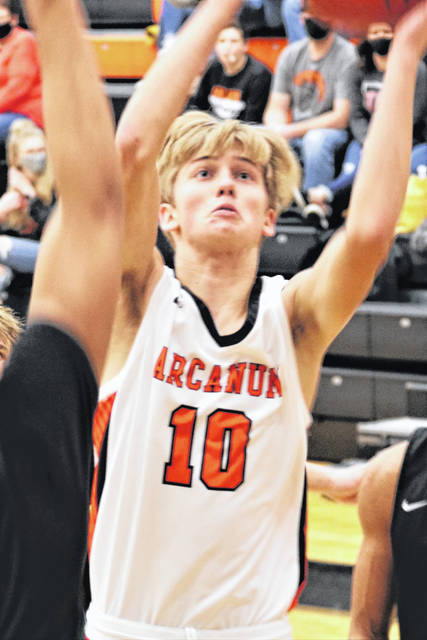 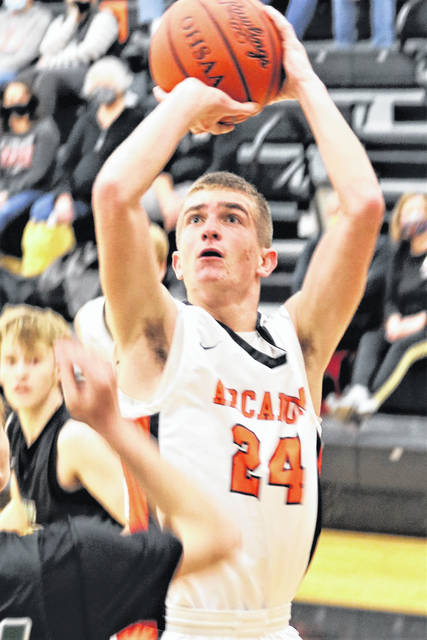 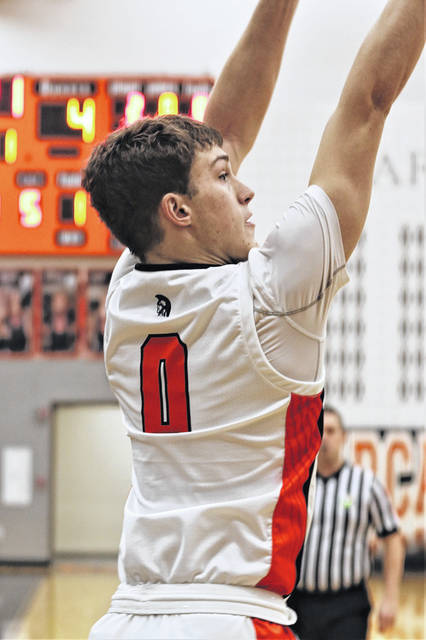 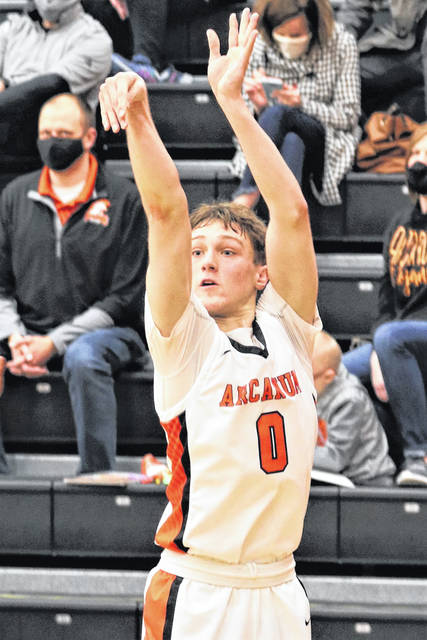