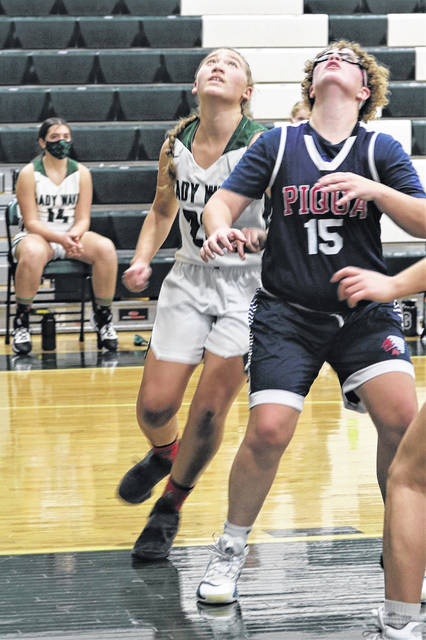 GREENVILLE – The Lady Wave defeated the visiting Piqua Lady Indians 51-38 in Miami Valley League action after a slow start to the season due to the Coronavirus.

“We did a lot of really good things tonight,” said Greenville coach, Rachael Kerns. “I keep telling the girls we are going to take our punches now and hope it all clicks come the end of January.”

With Greenville playing short several varsity players, the team trailed early before taking a 13-8 lead after one period of play led by Skylar Fletcher’s 11 points including two 3-pointers, a basket and 3-4 at the charity stripe.

“We definitely haven’t play quite as many games as we should and we haven’t played any games with a full roster and that really has had an effect on what we are trying to do out there at times but we were only down two varsity players tonight,” Kerns stated. “We’re getting closer and closer to having everybody back.”

The Lady Indians battled back to take period No. 2 11-10 sending the teams to the break with Greenville holding a 23-19 advantage.

Piqua continued to whittle away at the Lady Wave’s lead outscoring the home team 15-12 in the third making it a 1 point 35-34 Greenville lead with one period of MVL action to play.

Greenville saved its best play for the final period with the Lady Wave stingy defense limiting Piqua to 4 points while the home team was putting 16 points on the board led by 6 points each from Fletcher and Abbie Yoder.

Known for launching a lot of 3-pointers, Piqua was just 7-25 from beyond the arc for 28 percent while the Lady Wave defense was holding the Lady Indians to a total of five 2 point baskets.

Greenville sophomore guard, Skylar Fletcher led the Lady Wave and all scorers with a game high 25 points. In only her second game of the season, senior Abbie Yoder tossed in 12 points for GHS.

“I want the ball in Skylar’s hands – she is the right person for the job,” Kerns said of her sophomore floor leader. “I can’t wait to see how she is as a junior and senior after we get through some of these growing pains as sophomore.”

“Skylar is a competitor. She doesn’t care how big, how little the team, she is going to play, she doesn’t care where they are from, she just wants to go out there and win and that’s kind of a rare thing for a lot of athletes to have these days.”

“Abbie is going to get better every game,” Kerns said of Yoder. “This is only game two for her so we are still getting in shape. She goes out there and has 12 points tonight.”

“Any given night – Abbie could be the one for 25 points,” added Coach Kerns. “When (Minaxi) Pandey is healthy she can score 25, Fletcher can, Lilly (Hayes) scored in double digits, Nyesha (Wright) can get there and then Josie Comacho who is also out right now has scored 11-12 points, so we are really more well rounded on the offensive end this year then we have been in the past.” 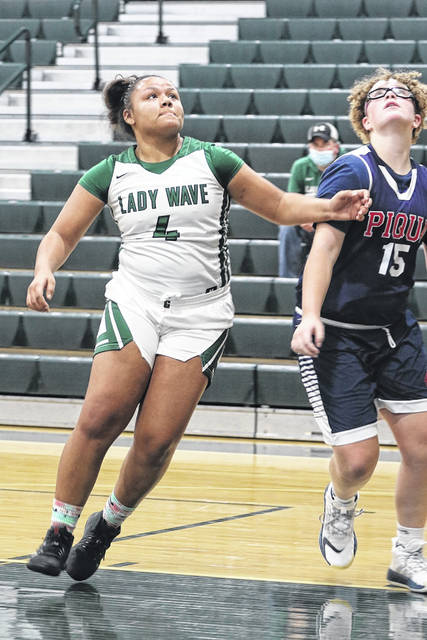 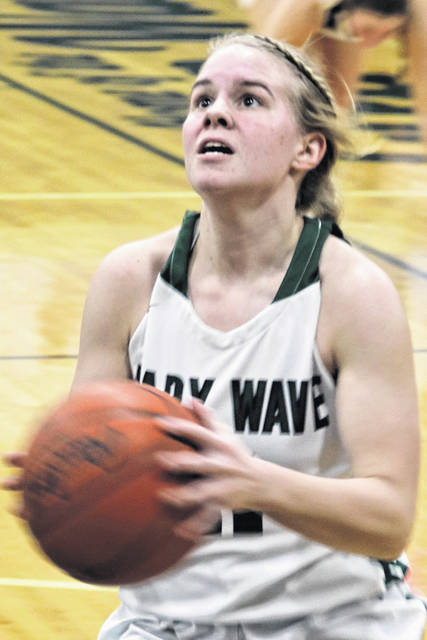 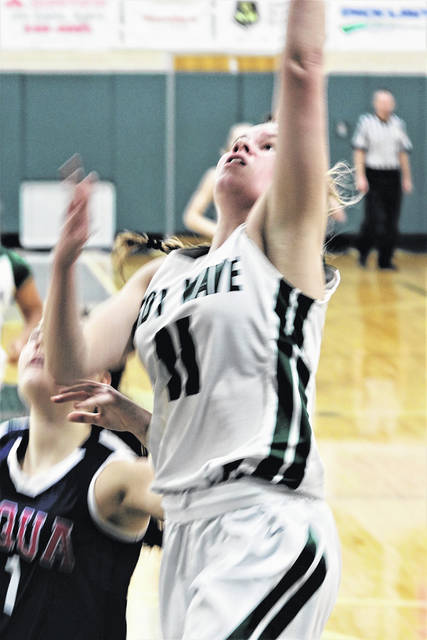 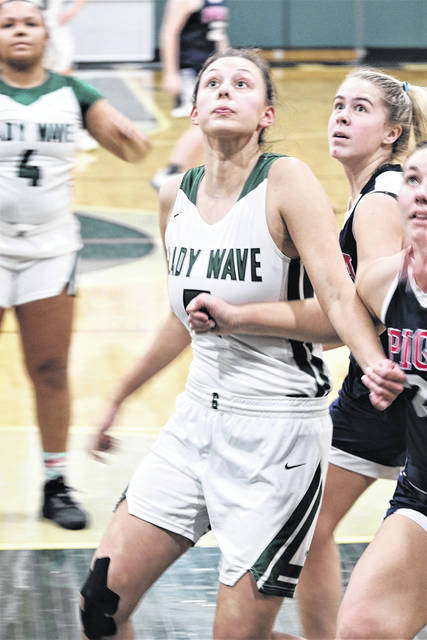 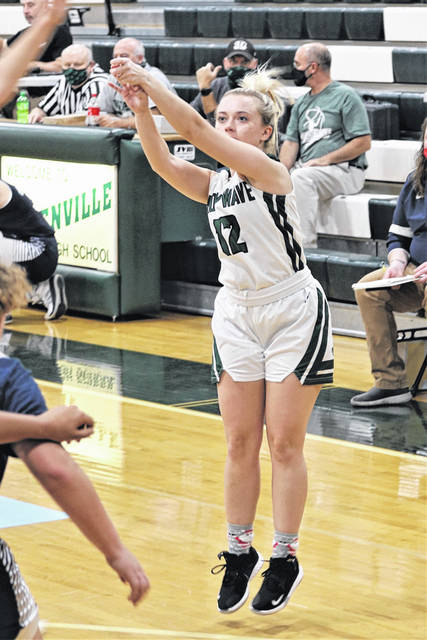 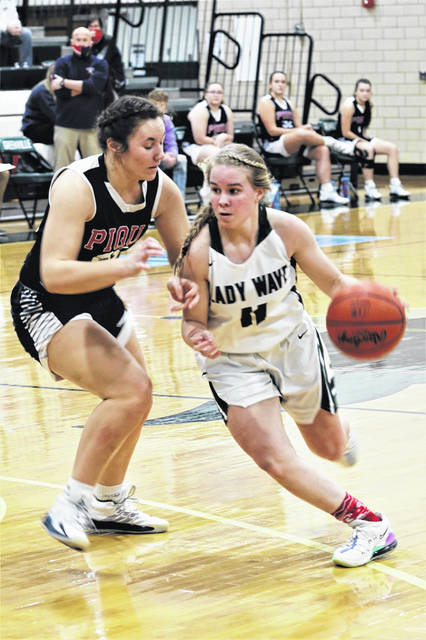 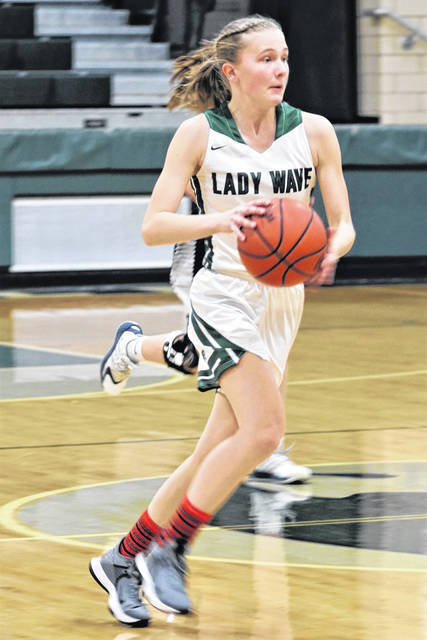