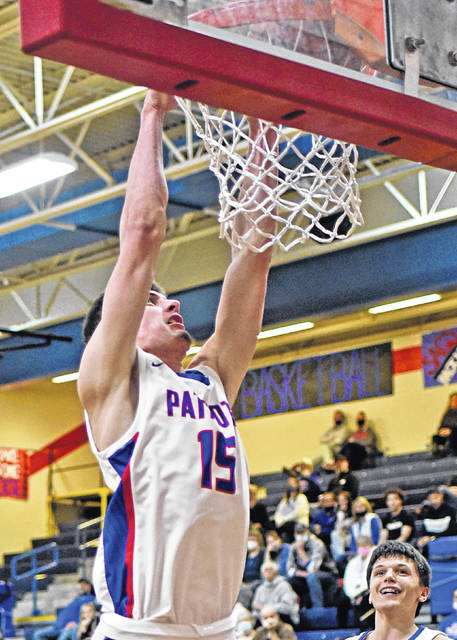 NEW MADISON – The Tri-Village Patriots defeated Ansonia 57-34 in the nightcap of the Patriot Holiday Basketball Tournament. The win marked career number 249 for Josh Sagester to become the boy’s winningest coach in school history.

Sagester in his 14thyear at the helm of the Patriots has averaged 18.5 wins a season. He surpasses Lee Falknor who had 248 wins in 19 years of coaching at Tri-Village.

Sagester and the 8-0 Patriots will also be going for their 3rd Patriot Holiday Tournament title taking on 5-3 Troy Christian who beat the Eaton Eagles in the opening round.

Tri-Village got there by jumping out to an early 10-2 lead in 1st quarter with stingy defense that didn’t let up allowing the Tigers just 9 points in the first half.

Defensively the Patriots mixed things up in the second half working in a zone, full court trap and man-to-man to keep the Tigers in check.

In the final stanza the Patriots Layne Sarver provided some excitement with back to back flushes.

In the full court trap Sarver caught a tipped pass in front of the basket and immediately sprung up off both legs for a two handed dunk. Moments later after a Sagester timeout – Sarver on a set play caught the ball on the left block, he spun around the defender and took one long step, then slammed it hard to the delight of Patriot fans.

Sarver led all scorers with 20 points on the night, Justin Finkbine had 12 and Wilson Suggs 11 for the Patriots.

Ansonia had a trio score 7 points each; Garrett Stammen, Ian Schmittmeyer and Ethan Hemmerich. The Tigers fall to 3-4 on the year and will play Eaton in the consolation game of the Patriot Holiday Classic at 6pm Tuesday. 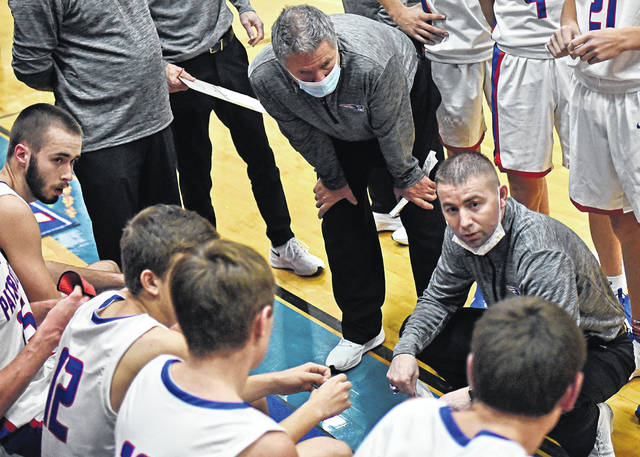