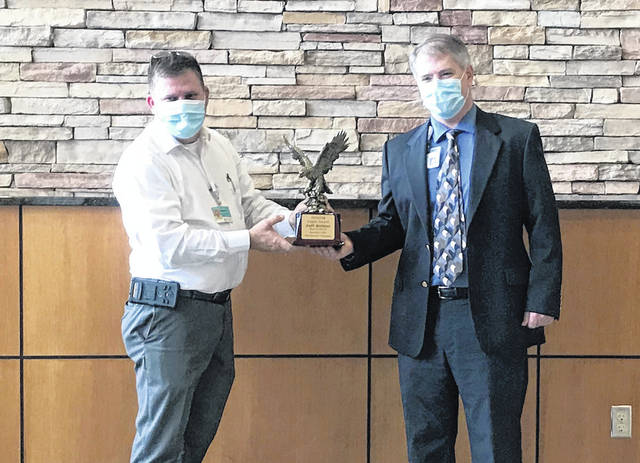 The Eagle Award recognizes a facility manager who has demonstrated outstanding performance and leadership, and has made significant contributions in energy efficiency, health care engineering, or facilities management. Unlike past years, Subler is the only recipient of the 2020 Eagle Award.

Subler has been employed by Wayne HealthCare for more than 13 years, and came to Wayne with a degree in engineering and experience in construction. Initially, he was employed as a construction project manager. He assisted the hospital management and board in the development of the hospital’s first facility master plan. The plan was subsequently adopted by the hospital board in 2007, and called for four separate phases of work to redevelop all of the major parts of the hospital. Phases one and two were completed in 2010, with the $47 million project being completed six months ahead of schedule and $1.8 million under budget.

Building upon the processes of the first phase master plan, Subler’s work brought additional LED lighting, digital control updates, Variable Frequency Drives (VFD), as well as many other energy-efficient projects. Impressively, these projects decreased electric usage by around ten percent between 2011 and 2019.

In 2018, Wayne HealthCare was recognized as the winner of the OHA’s Energy Cup award in the small hospital category for having the highest energy reduction year after year. Subler’s work was a major factor of the hospital receiving this award.

For all he has done for Wayne, Subler remains humble, and offered his thanks to those who have worked with him.

“I am honored to have received this award,” said Subler. “But it doesn’t come without the hard work of my colleagues and all those who have worked with us throughout this process. The strides we have made for Wayne HealthCare have been great and I sincerely thank everyone who has helped along with the way.”

Subler did concede, however, that it has been rewarding to witness the hospital’s long-thought-out plans come to fruition and achieve the desired outcome.

Congratulations to Jeff Subler. Thank you for all you have done to make Wayne HealthCare, and by extension, the Darke County community, a better place for everyone.