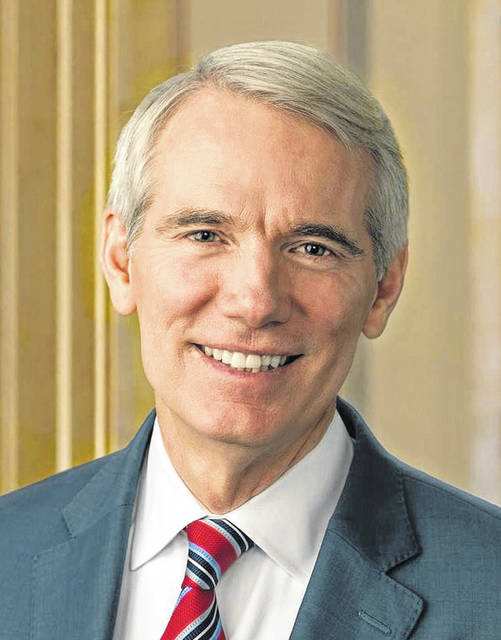 WASHINGTON, D.C. — On Monday, U.S. Senator Rob Portman (R-OH) released a statement on the upcoming formal count of the Electoral College votes by Congress, saying he will not object to the count.

“The Constitution created a system for electing the President through the Electoral College that ensures the people and the states hold the power, not Congress. I cannot support allowing Congress to thwart the will of the voters,” stated Portman.

“I voted for President Trump, campaigned for him as one of his Ohio co-chairs, and believe his policies are better for Ohio and America,” Portman said. “Like nearly half the country, I was disappointed in the election results. Following the election, I supported the Trump campaign’s right to pursue recounts and legal challenges. There were instances of fraud and irregularities, as there are in every presidential election, and those who engaged in that conduct should be prosecuted to the full extent of the law. But after two months of recounts and legal challenges, not a single state recount changed a result and, of the dozens of lawsuits filed, not one found evidence of fraud or irregularities widespread enough to change the result of the election. This was the finding of numerous Republican-appointed judges and the Trump Administration’s own Department of Justice. Every state has now weighed in and certified its electoral slate based on its vote and the process set out in the Constitution.”

Portman’s statement shows a growing rift in the Republican Party, with many legislators in the House and Senate planning to voice objections to the electors from certain states in which election fraud has been purported. Some reports state up to 140 GOP legislators will object when the electoral votes are tallied Wednesday.

“I understand that despite these findings and the state certifications, many Americans believe the election was unfairly decided and, as I noted, there were instances of fraud and irregularities that occurred. For these reasons, for the past several weeks I have advocated that Congress should establish a blue ribbon bipartisan panel on election integrity that would provide transparency into issues in the 2020 election, and recommend best practices for the next election,” said Portman.

“The process in Congress on January 6 is based on a federal law that allows Congress to consider objections to a state’s certification of its electors. If both a member of the House and a member of the Senate object to a state’s certification of electors, it requires a Congressional vote on whether to reject that state’s electors. This vote has only happened twice in the 133 years since Congress enacted this statute, and Congress has never voted to uphold a challenge. It is an extreme remedy because, counter to the Constitution, it allows Congress to substitute its judgment for the judgment of the voters, and for the judgment of the states that certified the results.”

“The only time this was attempted in the past 70 years was in 2005 when Democrats objected to the electors from my home state of Ohio, hoping to give the presidency to John Kerry instead of George W. Bush. I stood in opposition to Democrats then, saying Congress should not ‘obstruct the will of the American people.’ I was concerned then that Democrats were establishing a dangerous precedent where Congress would inappropriately assert itself to try to reverse the will of the voters. I cannot now support Republicans doing the same thing. Over the course of my public service career I have taken the same oath on numerous occasions, swearing to preserve, protect, and defend the Constitution of the United States. I plan on honoring that oath by supporting the state certifications and the will of the people. I will vote to certify in accordance with my duty under the Constitution,” Portman concluded.