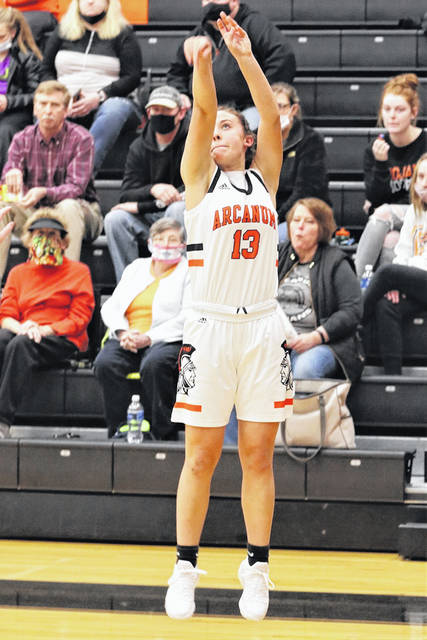 “In my coaching career that is the most I have ever coached,” said Moore. “Sixteen 3’s in a game – that’s girls setting screens to get them open and that is making good passes and flat out knocking it down. We were over 50 percent from the 3-point line which is phenomenal.”

“Madelyn was on fire tonight,” Moore said. “Her teammates were able to find her and give her the ball in that shooting pocket and she knocked them down.”

“Hailey knocked down quite a few (5) too – Hailey was right there as well and Kaitlyn Toy and Meghan McCans each had two. When everybody is knocking it down that’s a good night.”

“We shoot a lot in practice,” continued Moore. “There are girls putting in the extra time outside of practice and that makes a big difference.”

Unger nailed a 3-pointer at 7:24 in the first giving the Lady Trojans 3-0 lead before closing out opening period play with a 14-3 advantage led by Unger’s 10 first quarter points.

Arcanum extended its lead to 28-8 at 4:30 in the second and would cruise to a 42-8 halftime lead. Unger paced the Lady Trojans 28 point second quarter output with 12 points including her second and third 3’s of the night, Fearnon accounted for 8 points including her first and second triples of the night, McCans buried her first trey and added a 2 point bucket for 5 points with Taylor Gray going 2-2 at the line and Toy adding a free throw.

Period No. 3 saw Arcanum drilling 6 triples; Fearon with her third, fourth and fifth of the night and McCans, Unger and Toy each adding a three to give the Lady Trojans a 62-10 lead heading to the final quarter of play.

Coach Moore continued to liberally go to her bench while slowing down the pace with the team putting 12 fourth quarter points on the board, all coming from 3 point range. Unger nailed her fifth trey of the night, Toy added her second triple of the game and Fearon added her sixth and seventh 3-pointer with the record breaking triple coming with 4:40 showing on the fourth quarter clock in what would prove to be the last time the record setting foursome would see the court in the win.

All the Lady Trojans second half points come from beyond the arc with the exception of 2 points coming from the charity stripe.

Unger led Arcanum and all scorers with a game high 26 points. Fearon added 23 points for the Lady Trojans.

Coach Moore kept the game respectable going to her bench the entire night as the visitors struggled to find its shooting touch.

“It’s a game – I’ve been on that side and I know how that is,” Moore said. “Coach Jessica (Cherry) works hard with those girls and she has made big improvements there and I don’t want to do anything to ruin a kids confidence or anything like that but at the same time we have to be able to play our game and not take a step backwards. I feel like we have been able to find that balance the last couple of games and still being able to play our game but being respectful and respecting our opponent.”

“I told our girls we went into that Miami East game and we didn’t respect our opponent and what happened – we got beat,” added Coach Moore. “All of our losses, if you combine our losses it’s been 9 combined points on the year so I feel like we should be in a situation we respect every opponent we play and come out with that mindset because I don’t want to lose another ballgame – and that is what we have to do every night.” 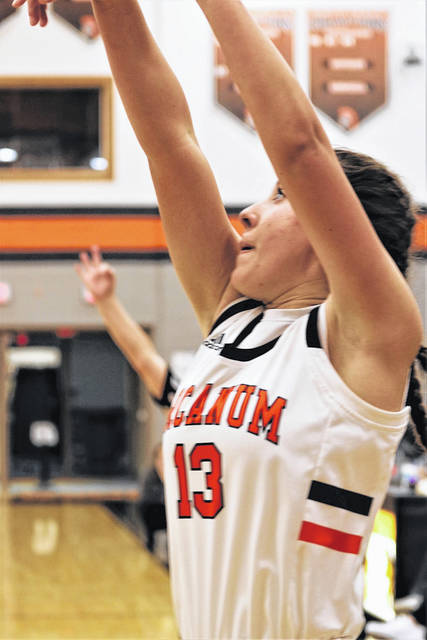 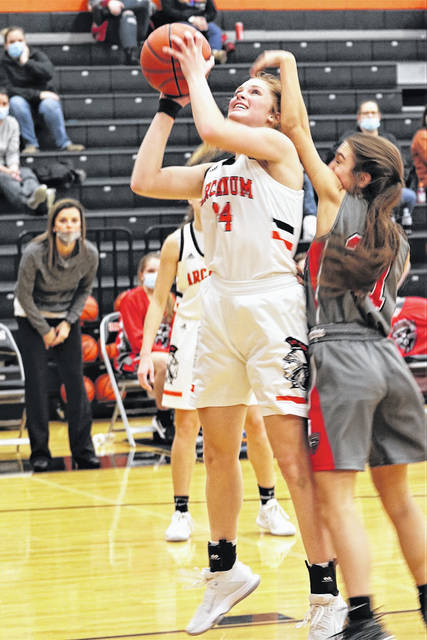 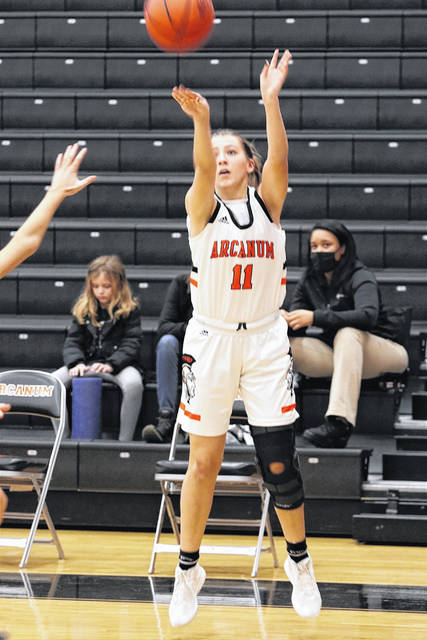 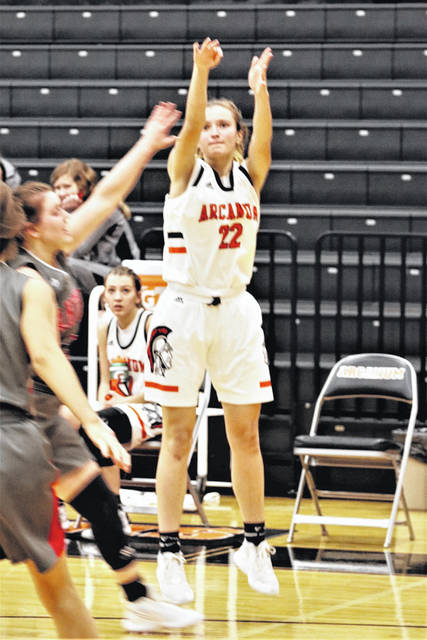 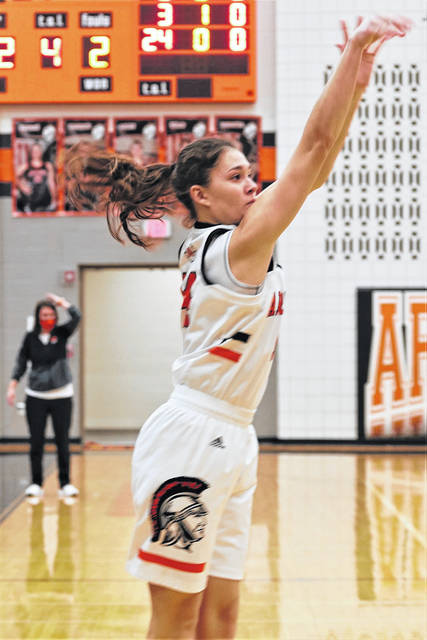 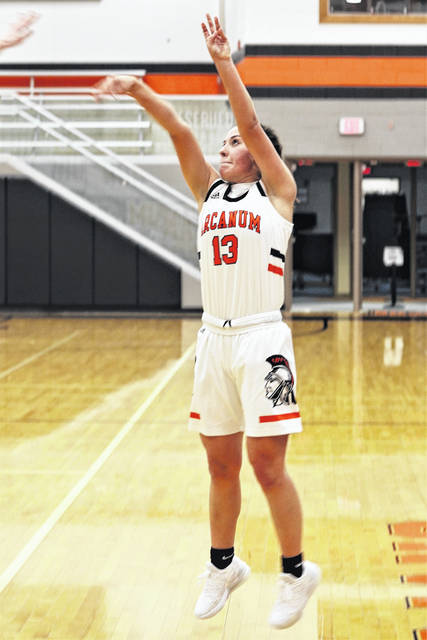