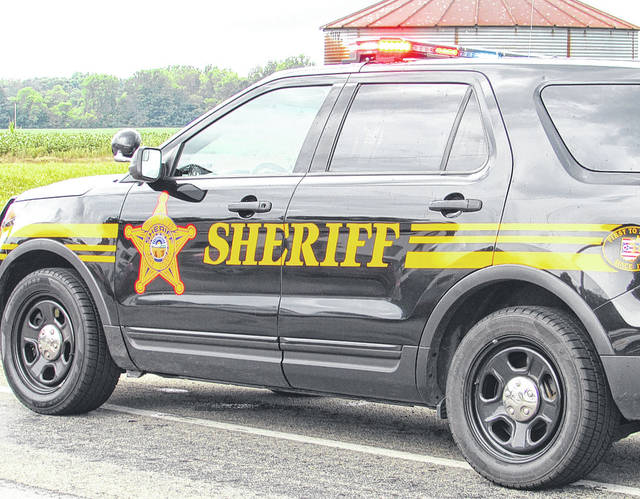 GREENVILLE — Law enforcement agencies across Darke County worked in a coordinated effort early Tuesday morning in conducting a county wide sweep in an effort to verify the addresses and the following of community-controlled sanctions set forth by the courts of sex offenders within the county.

According to a release by the Darke County Sheriff’s Office, it was noted that while verification is an ongoing process throughout the year by deputies on patrol, a mass verification at one time was an efficient way to establish sex offender address verification and focus on those subjects that need appropriate follow-up to ensure the safety of our community.

There are a total of 93 people listed as registered sex offenders within Darke County. All of those offenders’ addresses were checked allowing law enforcement officers to verify and confirm 69 of those addresses the morning of the operation. One address was not checked because of COVID-19 concerns. The other 24 offenders were checked, but contact was not made with those offenders.

“Considering the number of offenders listed within the county, I believe all the departments involved did an outstanding job in working together to not only verify the addresses of those listed as offenders in the county, but to also work with Adult Probation and the Adult Parole Authority in assisting with any other needs that were felt warranted to complete the task and make sure everyone was indeed in compliance with the sanctions set forth by the courts,” said Whittaker.

“We will continue over the next few days to attempt to make contact with those we were unable to do so and verify their addresses and compliance. There are a number of reasons why we may not have been able to make contact with those people that may not necessarily be a negative, like them being at a place of employment or simply not just being home at the time,” he added.

It was also noted that others may have just refused to answer the door or absconded.

Deputies from the Sheriff’s Office will continue to follow up and verify the addresses of the remaining offenders. Any offenders found not to be in compliance with the law will be investigated and charges will be presented to the Darke County Prosecutor’s Office for review. At this time no charges have been filed in connection with the operation. However Chief Deputy Whittaker warns that those charges, if any, may take several days to be filed.

More information regarding sex offenders can be found on the Darke County Sheriff’s Office webpage, darkecountysheriff.org