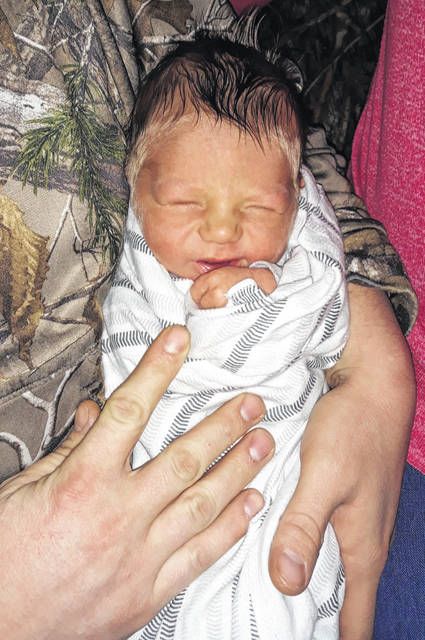 GREENVILLE — Celebrating the New Year is a time of great anticipation for the journey that lies ahead in the coming months. For one special Greenville couple, ringing in the New Year had a little more excitement this year, as they welcomed their first child, and Darke County’s first baby of 2021.

New parents, Rebecca and Spencer Monnin of Greenville, were all ready for the “big event” at the end of December, as the expectant mom’s due date was originally Dec. 29. On New Year’s Eve, her water broke, Rebecca checked into the hospital, and her contractions started at around 10 p.m.

“While I was in labor, we watched the New York ‘ball drop’ on television in the room, ” said Rebecca, who experienced a hard labor over the next few hours.

Beautiful baby Jackson finally made his entrance, by C-section, in the early hours of New Year’s morning, at 3:15 a.m., weighing in a 6 pounds, 14 ounces.

As a precaution, Jackson spent a few days for observation in the neo-natal unit at Dayton Children’s Hospital, and came home with his mom and dad last Sunday, Jan. 3.

The couple received two beautiful crocheted blankets and a baby’s memory book as a gift from Wayne HealthCare, as a momento of the occasion.

The new parents are embracing the change of pace that a new little one brings, with feedings every three to four hours, burping, and diaper changes. 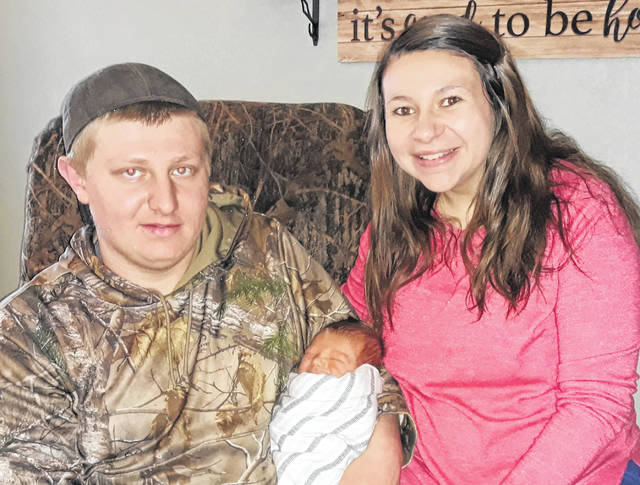 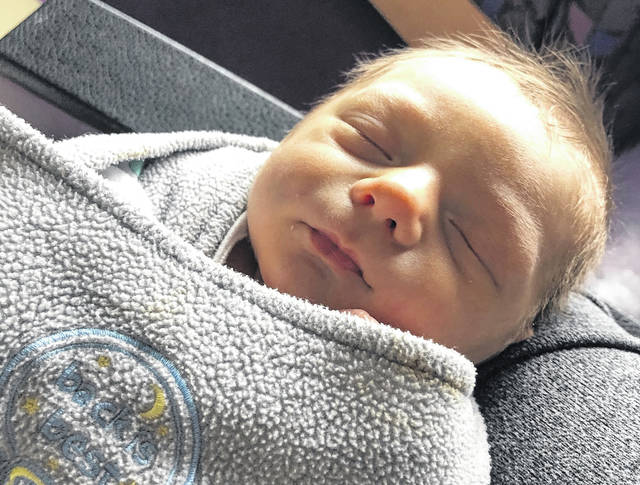