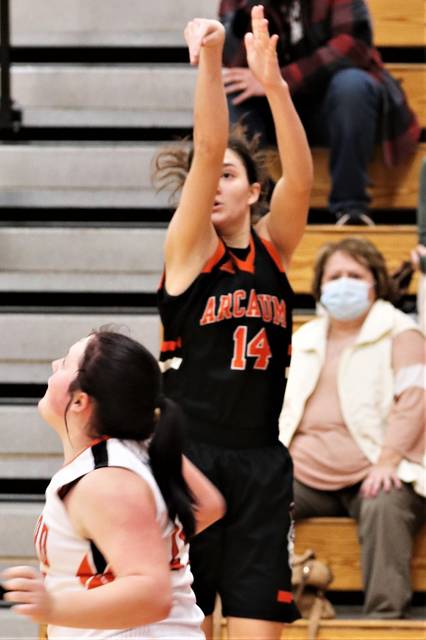 “Big adjustments, just being aggressive and setting the tempo and being able to get some transition buckets,” Arcanum coach Abbey Moore said of her team’s play. “That is key for us – to be able to score in transition and we were able to do that today.”

The Lady Railroaders took a 12-10 lead after one period of action with Cassie Mead leading the way with 8 Bradford points including two 3-pointers.

Arcanum battled back in period No. 2 outscoring the Lady Roaders 29-13 sending the teams to the break with the Lady Trojans in control with a 39-25 advantage.

Hailey Unger pace the Lady Trojans with 11 second quarter points including three 3-pointers and 2-2 at the free throw line, Taylor Gray and Kaitlyn Toy each scored 7 points with both knocking down a trey and Madelyn Fearon chipped in with 4 points including a triple.

“Kaitlyn is going to be key for us come post season,” said Coach Moore. “We know Madelyn, Hailey and Taylor are going to draw a lot of the attention and that is going to open up opportunity for the other two girls on the floor and Kaitlyn stepped up in that role today.

“Taylor played big,” Moore added. “She was able to finish and be strong.”

Arcanum extended its lead to 56-32 after third quarter play led by Ungers two 3-pointers and a basket good for 8-points, Toy added a triple and a bucket for 5 points and Gray rounded out the third with 4-points.

With the game in hand, Arcanum played a deliberate fourth quarter outscoring the home team 8-7 with Gray leading the Lady Trojans with 6 points Austy Miller hitting her second Bradford 3-pointer of the night to give Arcanum a 25 point road win.

“Those guys were shooting lights out and when you give them any kind of room at all – they were draining them and they are so quick,” Coach Besecker stated. “You tighten up on them and then they beat you on the dribble.”

Both teams had a good showing at the free throw line; Arcanum 9-10 and Bradford 13-16 throws.

Unger and Gray lead Arcanum and all scorers with 19 points. 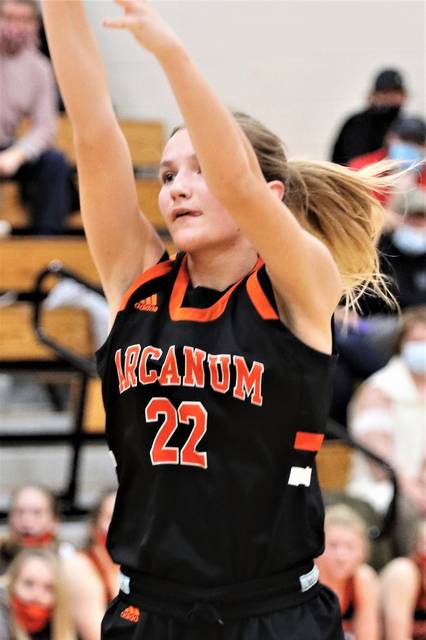 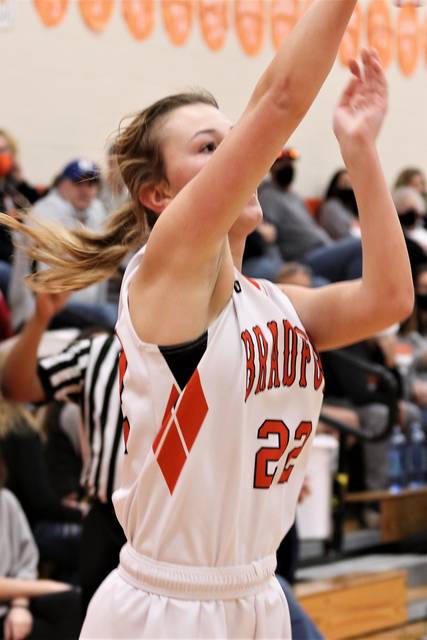 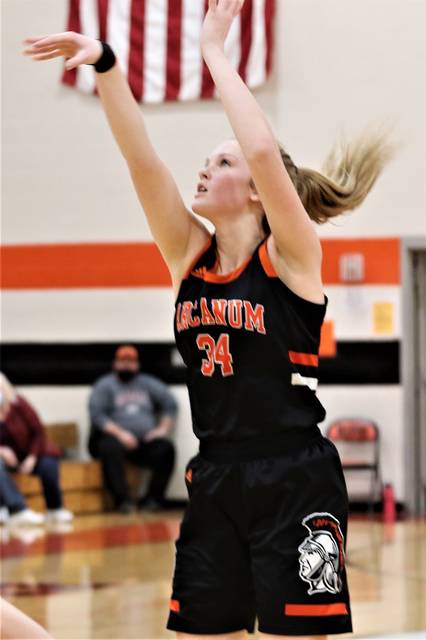 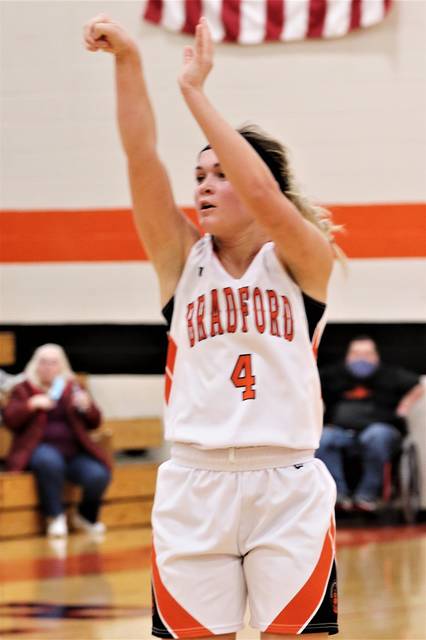 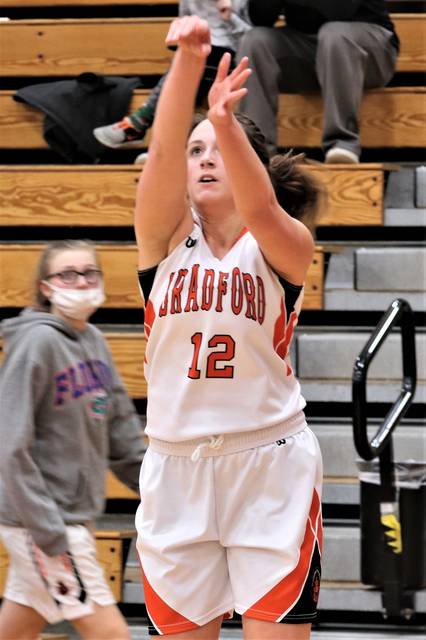