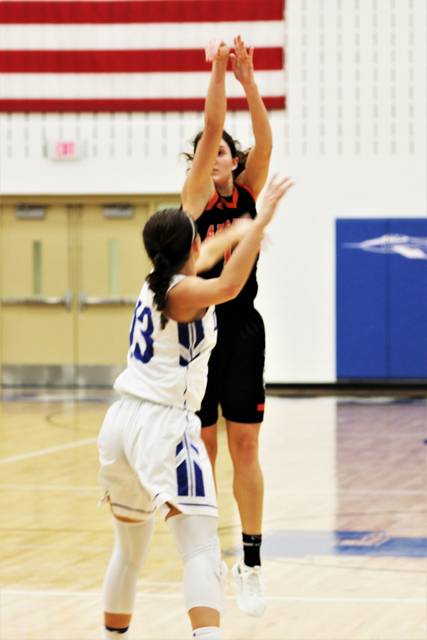 PITSBURG – Arcanum junior, Hailey Unger entered the Hanger needing 20 points to reach the 1,000 point career scoring mark and reached the milestone at 6:12 in the fourth quarter draining her second 3-pointer of the night to lead the Lady Trojans in a 72-38 win over Franklin Monroe.

“She’s a natural,” Arcanum coach Abbey Moore said of Unger. “Proud of her accomplishment and there are big things ahead for her. I’m excited to see what she is going to be able to accomplish.”

The up-tempo Lady Trojans took a 16-5 lead after one period of play led five Madelyn Fearon points including a trey, four Taylor Gray points, three Kaitlyn Toy points and a basket each from Meghan McCans and Unger.

“That is a very good basketball team,” said Franklin Monroe coach Zane Shellabarger. “Hats off to Coach Moore. They can shoot the ball really well. I knew what we were up against.”

Arcanum added 24 points to the second quarter while the Lady Jets were good for 11 points sending the teams to the break with the Lady Trojan leading 40-16.

Unger paced Arcanum with six second quarter points including a perfect 4-4 at the charity stripe giving the junior eight first half points while standing 12 points shy of 1,000 with a half to play. Gray, Toy and Emilie Fout each added 4 points, Fearon 3-points, Meghan McCans 2-2 at the line and Kylee Freeman rounding out Lady Trojans scoring with a free throw. Chloe McGlinch led FM with 5-points including a 3-pointer and 2-2 at the free throw line.

“When teams are in your face and denying you the ball those 3’s are going to be harder to come by,” Moore stated. “Hailey was able to get started by getting to the hole and getting to the free throw line then the outside shots started to open up.”

A play that did not go unnoticed was an Arcanum steal and Unger racing to the basket uncontested only to pass to a teammate giving up a scoring opportunity to get closer to 1,000 points.

“That is the difference between this year and last year,” said the former Lady Jets coach. “I remember when I scouted this team last year I tried to take a few of those things that were weaknesses and exploit them.”

“This year the unselfishness is not one of them and they have been able to play well together as a team, being able to find each other, being able to get each other open and being excited for each other,” Moore continued. “That is going to get us to where we want to be at the end of the year and going into tournament draw you have to be playing your best basketball in all aspects and that team chemistry is a big part of it. If you have it it’s like a sixth man – if you don’t it’s going to beat you.”

Unger came into the game as Arcanum’s single game 3-point record holder with eight triples, drilled a 3-pointer at 6:12 in the fourth quarter to nail down her 1,000th career point wearing the Orange and Black and lead the Lady Trojans to the Cross County Conference win over the Lady Jets.

I am proud of this group of girls and for what they have been able to accomplish so far this year,” Coach Moore said. “I still feel like there are big things ahead but we have to keep working hard, we have to keep getting better every day. Give FM credit, they play hard and they gave it their all and I’m proud of those girls too.”

“I wish we would have showed a little bit better than what we did but it’s not an effort thing,” Shellabarger concluded. “The girls played hard.”

The Lady Jets hit a blistering 16-18 free throw for 89 percent shooting. Sease was a perfect 8-8, McGlinch 5-5 and Shellabarger 2-2. The Lady Trojans were close behind knocking down 17-22 free throws good for 77 percent shooting with Unger a perfect 6-6.

Unger led Arcanum and all scorers with a game high 20 points. 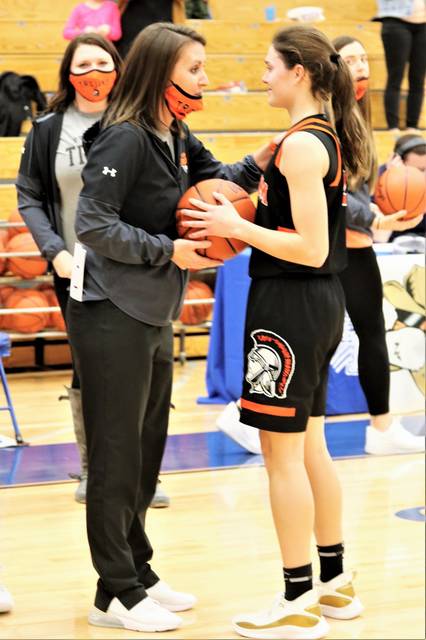 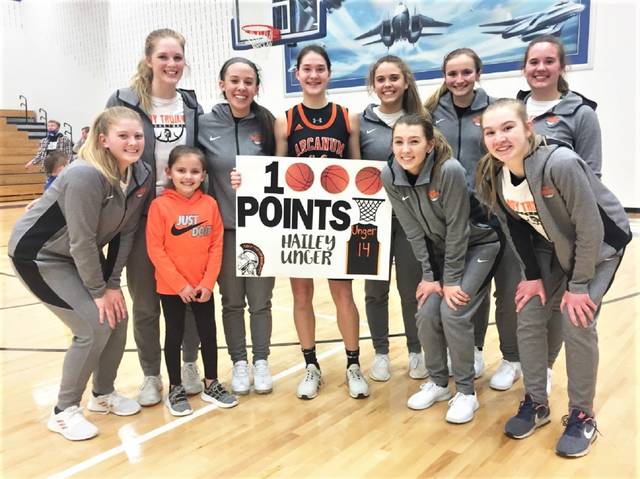 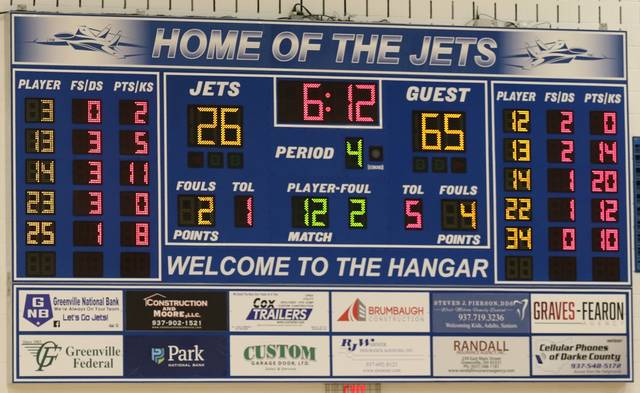