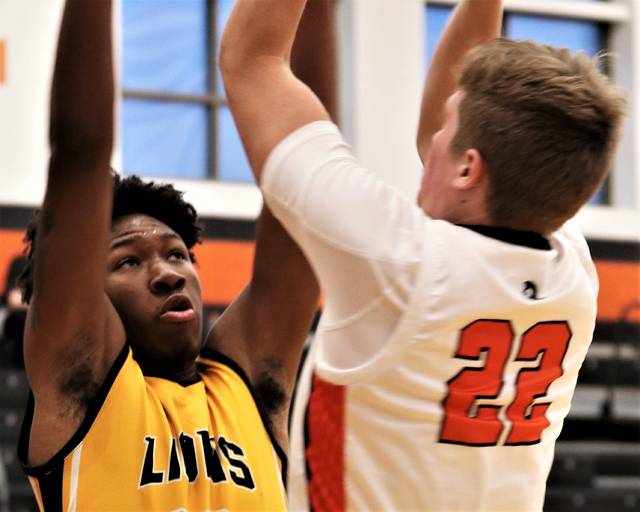 “They had a good game plan,” Arcanum coach Roger McEldowney said of Meadowdale. “We’re going to learn and we’ll be better the next time. We may get an opportunity to see them in the tournament – you never know.”

The taller Meadowdale Lions took advantage of full-court pressure to take the opening period 13-8 with the Trojans Cameron Burke accounting for all eight Arcanum points including two 3-pointers.

Arcanum played the visitors to a 10-8 second quarter score sending the teams to the break with Meadowdale holding a 23-16 advantage.

The Lions were 4 better in the third taking the quarter 17-13 as the Lions continued to trap on the defensive end for a 40-29 Meadowdale lead with three quarters in the book.

“The second half they just started trapping us everywhere,” noted Coach McEldowney. “We’re pretty good at running our plays and our sets – when they trap you like that it’s hard to really run anything. You just have to play and we didn’t do a very good job of that. We know we have to work a little bit harder on situations like that where we are getting trapped, keeping our spacing, being strong with ball and making good decisions.”

Jake Goubeaux led Arcanum with seven third quarter points including a triple, Sharritts dropped in two baskets and chase Werling added a bucket for the Trojans.

“They pressured so much it took Jake away from the basket,” McEldowney stated. “He had to work so hard to get a shot up that it hurts scoring and he is one of our big scorers .”

The visitors took the final quarter 16-10 with Werling good for 4-points, Goubeaux a basket and Ian Baker and Burke each going 2-2 at the line.

“They are getting better and that gives us one more dimension,” McEldowney said of Sherritts (6’5”) and Werling (6’4”), his two bigs inside. “We’re young. We played some sophomores and juniors. We only have two seniors, so this was a pretty good learning experience for all of them.”

“Every game, every time we lose we talk about growing and learning from it and that is what we talked about in the locker room ,” Coach McEldowney concluded. “They aren’t down, they’re ready to come back to work and hopefully have a good week of practice and get ready for next weekend.”

Sharritts and Burke paced Arcanum in 10 points each in the game. 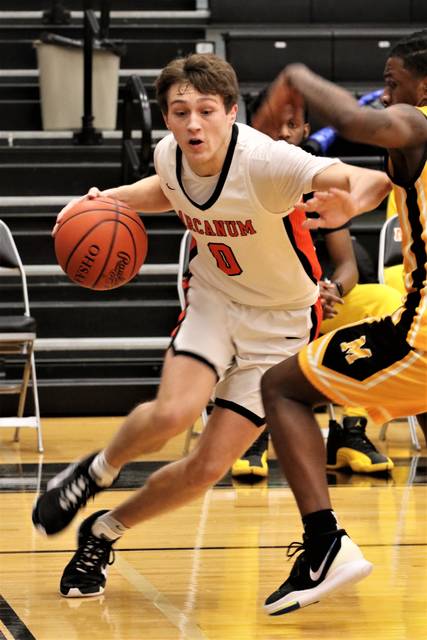 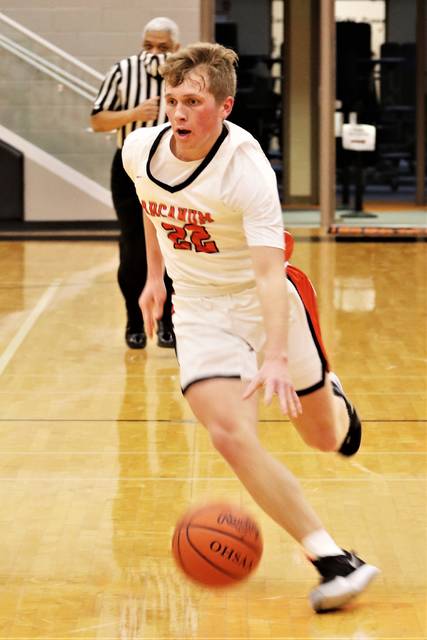 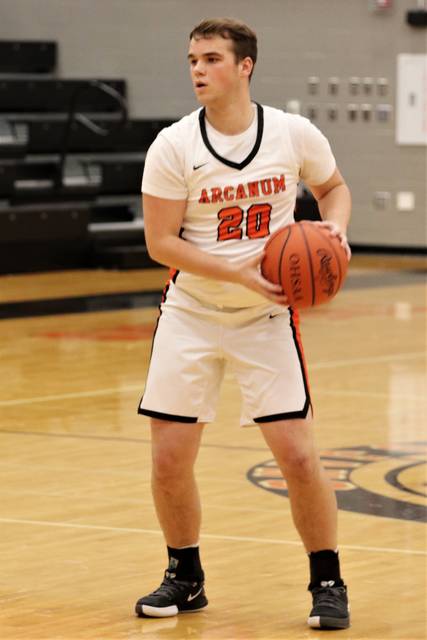 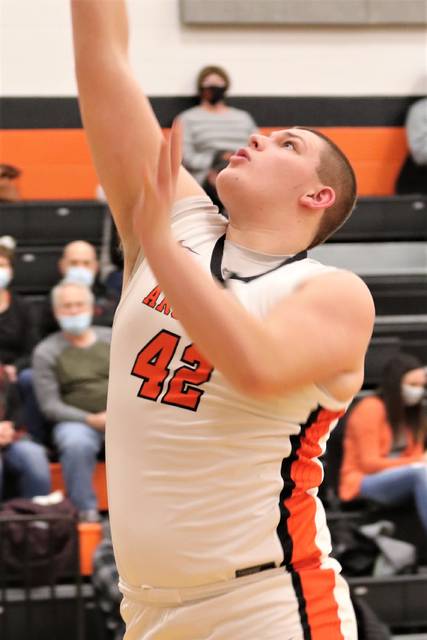 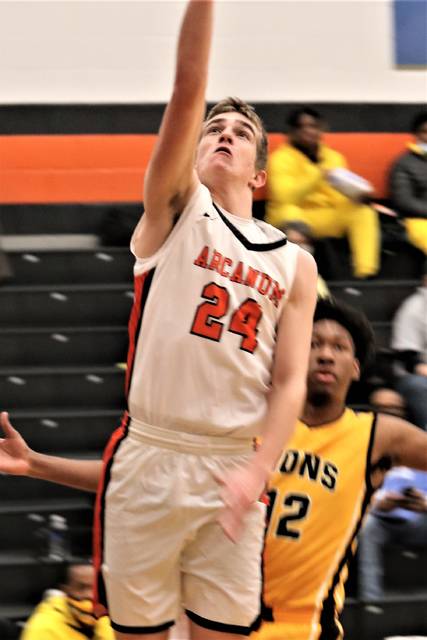 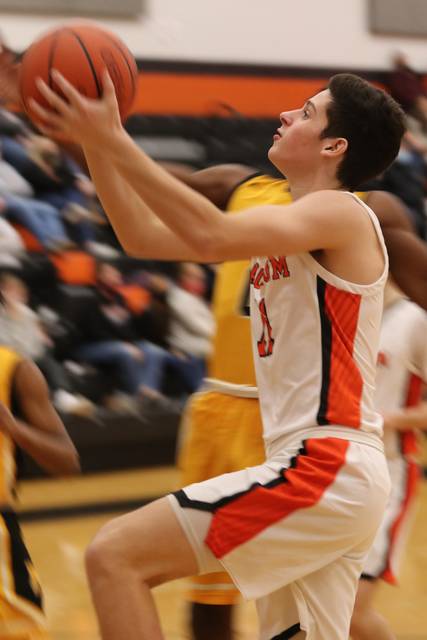 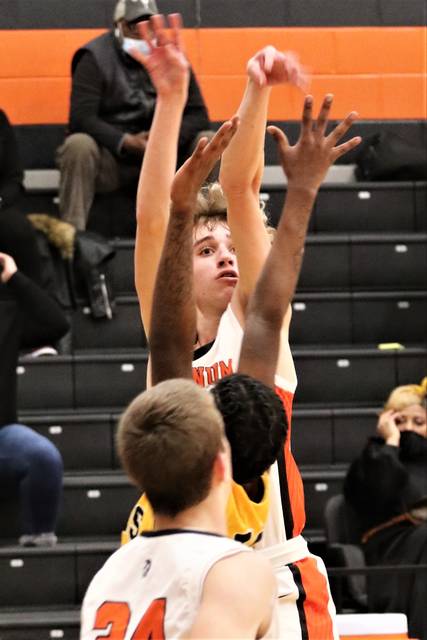