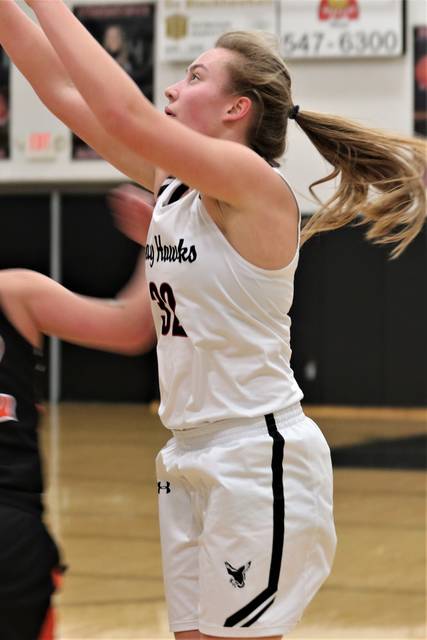 “We have been playing better of late,” said Bradford coach Chris Besecker. “We still have room for improvement, but I feel like we have some momentum going.”

The visiting Lady Railroaders took the opening period 11-5 with Rylee Canan leading Bradford with 5 points including a trey, Remi Harleman accounted for 4 points and Austy Miller went 2-2 at the charity stripe. Taylor Stachler accounted for all five MV points with a 3-pointer and a basket.

“We weren’t shooting the ball well early and we started getting a couple shots to go,” Besecker said. “We created it with our defense a couple times which helped.”

Bradford used two Abby Fike second quarter 3-ponters, two Harleman baskets, an Emma Canan triple and 3-4 at the line from Miller to take quarte 16-12 sending the teams to the break with the Lady Roaders holding a 27-17 advantage.

“If we left them open, they were knocking shots down,” said Coach Besecker. “We had to really crank it up on defense. Every time we fell asleep on the defensive end, they made us pay.”

“We worked on a box and one this week,” said MV coach Gwen Bergman. “I felt we did really well. We were only down by 10 at halftime.”

Mattie Hiestand pace MV with five second quarter points including a 3-pointer, Jocelyn Hoggatt drilled a trey and Leah Scholl and Townsend each added a basket.

Austy Miller found the range leading Bradford to a 22-9 third quarter tossing in 10 points including a triple, Mead added 4 points including a 3-pointer, Isabella Hamilton canned a trey, Harleman added 3 points and Emma Canan rounded out the Lady Railroaders third going 2-2 at the line.

“We didn’t come out with that same intensity in that third quarter but I still felt when we rotated between the box and one and the 3-2 that Kennedy did a great job, Jocelyn did a good job playing Austy tonight,” Bergman stated. “The girls did a good job falling back into the paint on that box and one. I thought we played well.”

Bradford took the final quarter 12-11 with the Lady Blackhawks Heitstand tossing in 7 points including a 3-pointer and Harleman pacing Bradford with 6 points.

Bradford’s Austy Miller and Remi Harleman led all scorers with 17 points on the night.

Bradford hosts Sidney Lehman Saturday to close out regular season with a 16-5 season record and 9-3 in CCC play. “That’s one we want to get,” said Coach Besecker. 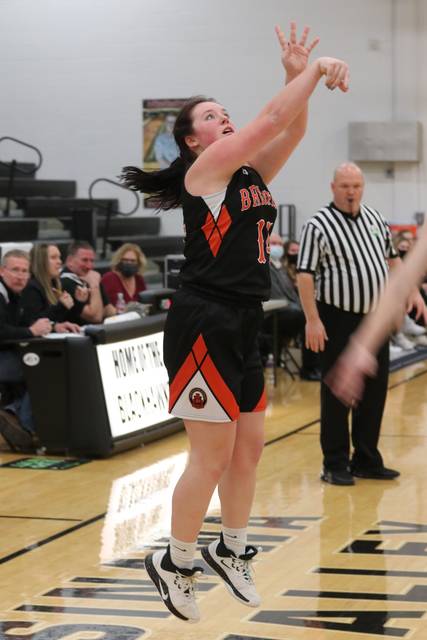 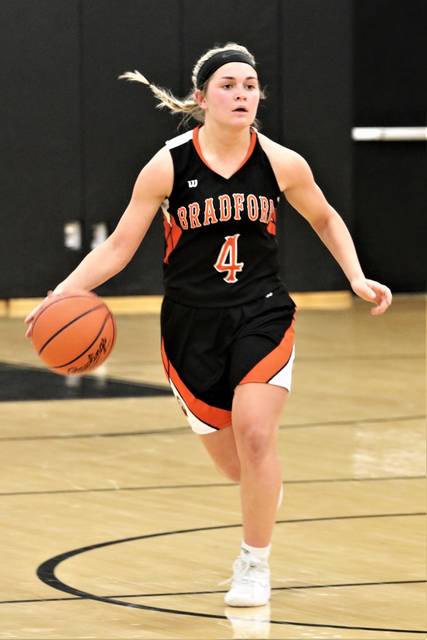 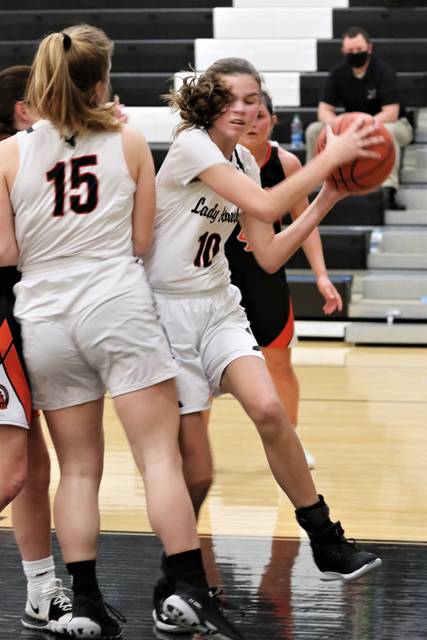 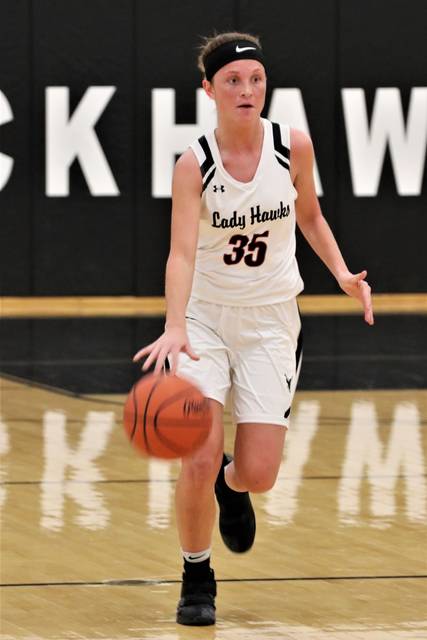 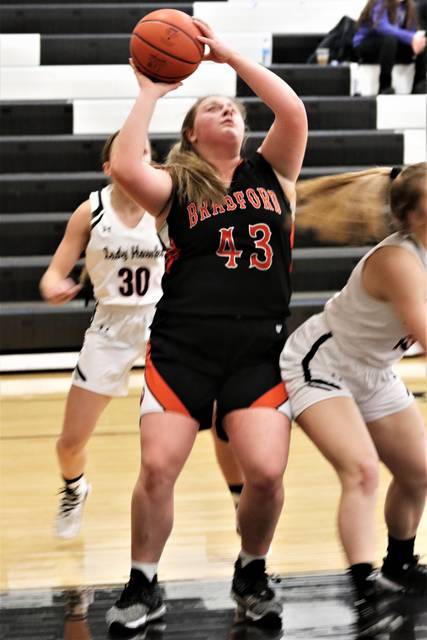 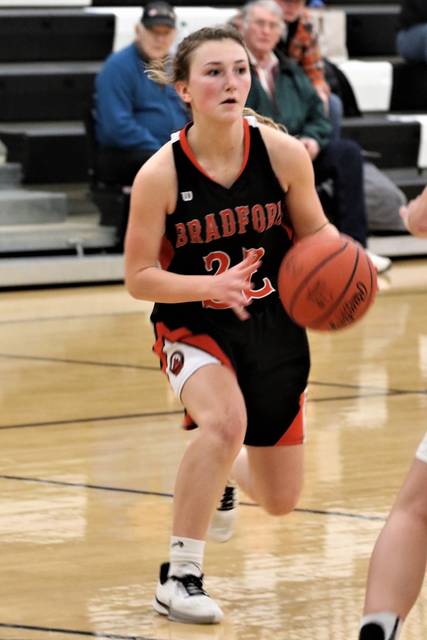