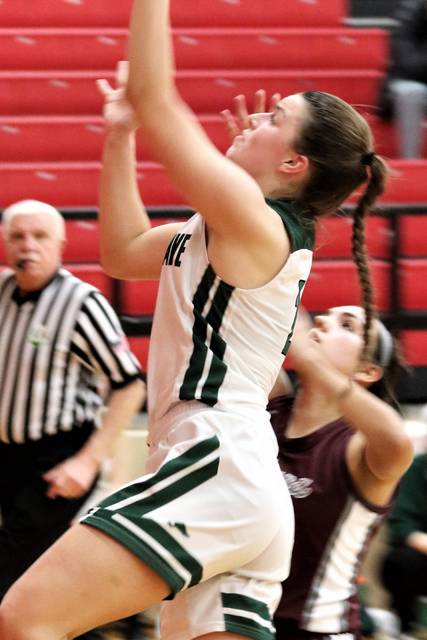 “I’m really excited with our girls,” said Greenville coach, Rachael Kerns. “I tell my seniors every year we go until our seniors want to be done and our seniors are still playing really hard.”

“Our conference (Miami Valley League) sometimes is a disadvantage to to us because we are so much smaller than some of those schools we play and then you come tournament time and it’s almost an advantage that we had to play some of those schools,” Kerns stated. “We get seeded No. 9 and I understand we hadn’t won a lot of games, but if you look at who we played – Urbana plays hard but to give them a five and us a nine – it was a no brainer to go play them. I felt like we matched up really well, athleticism was very similar.”

The Lady Wave bolted out to an 8-0 lead at 3:36 in the opening period before the Lady Hillclimbers took advantage of a 3-pointer to get on the board at 3:15 with its first score of the day.

The Lady Wave pushed its lead to 19-5 to open the second quarter before coasting to a 12 point advantage with the teams heading to the break with Greenville doubling up on the Champaigne County girls 24-12.

Greenville sophomore Minaxi Pandey came off the bench to lead the Lady Wave in first half scoring with 8 points including two 3-pointers and a perfect 2-2 at the charity stripe.

“She can light it up,” Coach Kerns said of Pandy. “Unfortunately she had to batttle back through a really nasty injury. She was out for a little more than a month and then it took another two weeks to get her feeling good. How great is that to bring someone off the bench who can put the ball in the whole.”

Greenville struggled to score in the third with Urabana taking the period 9-4 to trail the Lady Wave by a single digit 28-21 score with one quarter to play.

The Lady Wave stormed back in fourth quarter play taking the period 21-16 to to earn a convincing win over the higher seeded Lady Hillclimbers and move on in tournament action.

“Libby McKinney played the best game I have ever seen her play,” Coach Kerns noted. “She has had a fantastic week of practice. I am really glad to see her come out here and have the game she had.”

“She got fouled and there was a technical right after and I said; ‘do I have to tell you who my shooter is going to be’ and they said ‘no’ – let’s see if she makes this one first,” continued Kerns. “She made it and I looked at her and said, ‘you have two more’ and she said ‘I got this’ – it’s just great to see that confidence coming from her.”

“It got to the point it got a little chippy,” added Kerns. “A part of me is proud we can handle a little bit of it and then the othere part of me is we just got a really big stop, let that be the end of it. I love the emotion, they care, they have that passion and you can’t make them have that.”

Abbie Yoder led Greenville with 12 points in the first round tournament win.

Greenville advances in tournament play as the No. 9 seed taking on the No. 3 seed Trotwood-Madison Lady Rams Thursday, February 18 at Tecumseh High School with an 8 p.m. start time. 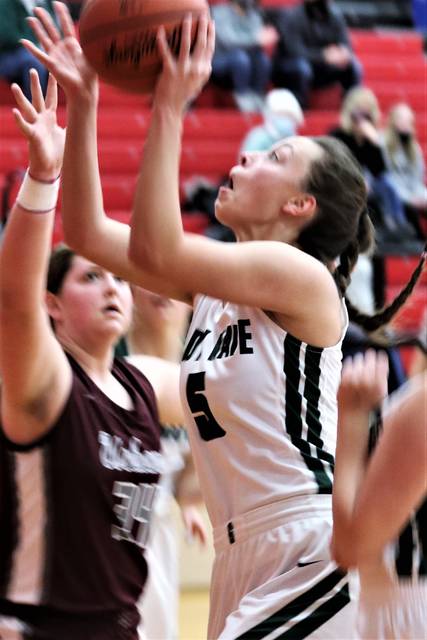 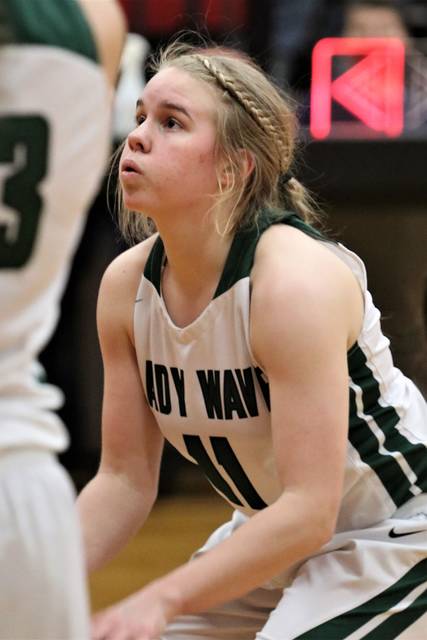 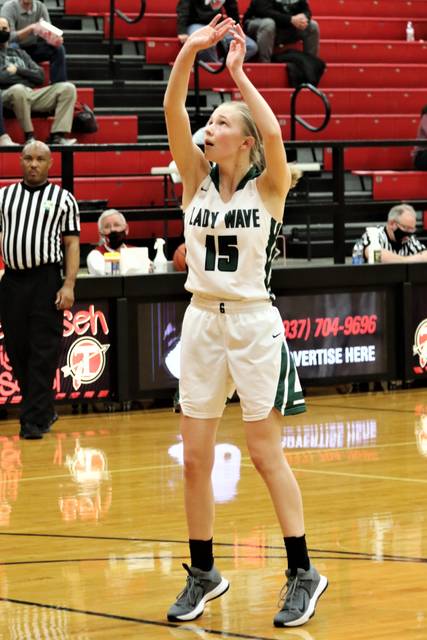 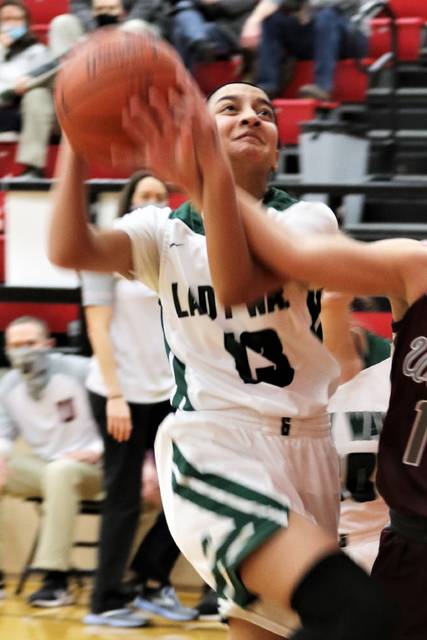 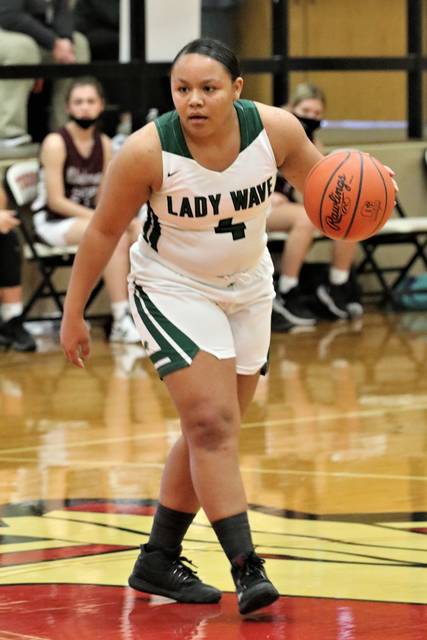 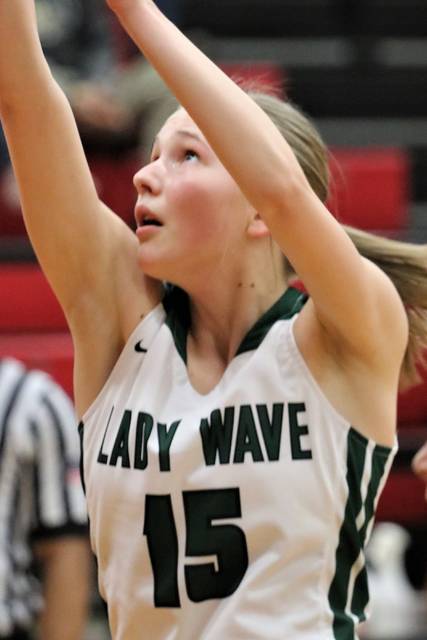