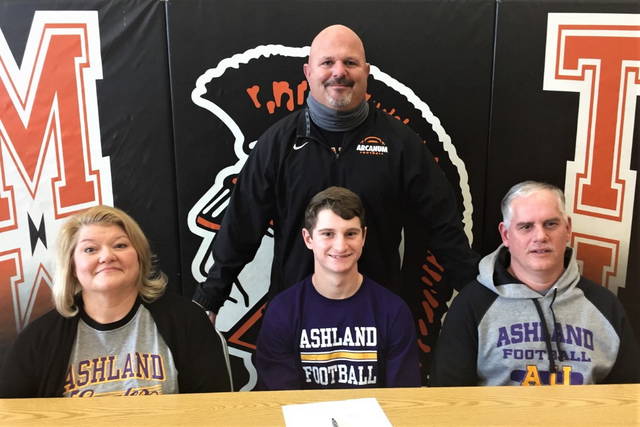 “It’s huge,” said Beck of his NCAA DII signing. “Not everyone gets to get there. Just the work I have put in to get there is huge. It’s not just huge for me but it’s huge for my family and our football program.”

The standout Trojans kicker looks to fill the role of kicker/punter with an emphasis on place kicking while studying Exercise Science at Ashland.

“It will be a lot of work,” Beck stated. “I definitely have some competition ahead of me. Currently Ashland doesn’t have a starting kicker so there’s a wide open spot – I just have to get there and compete.”

The 5’8” 150 pound Beck didn’t see this signing day coming early in his high school football career kicking for the Trojans.

“I really didn’t think about it at first,” said Beck. “We thought a little about it trying to get myself out there and go to college and possibly think maybe this is something I could do. More towards my senior year we were really pushing hard on it – thought I could go somewhere with it. To go to Ashland is really big for me.”

“When Joe came out his freshman year and literally he said, ‘I want to be a kicker and I said fine,” Coach Schondelmyer stated. “We had an area for him to practice and he practiced non-stop. The frustrating thing as a coach, that first year he really wasn’t improving very fast.”

“He was so determined and he just continued to get better and better,” he added. “He is one of the most determined young men I have come across in all my years – just a tough kid. Mentally tough, physically tough.”

“What a weapon especially in small school football and any level of football,” Coach Schondelmyer said of Beck’s accuracy. “You just don’t’ see it as much at our level having a kicker that can just boot the ball and I’m talking from 40 yards. We felt toe was good and we were willing to do that but that’s just him.”

Beck took time to thank the many that helped him reach a goal a advance to the next level.

“I want to thank my mom and dad,” said Beck. “My dad has put countless hours in just watching me, helping me and taking me to camps and places. Mom helping with all my academic things and funding which is huge for me – just all her support.”

“My coaches,” Beck added. “They have helped me get where I am. My teammates pushed me harder and made me better.”

Beck’s career goal – “To be the best there is no matter where I am at – even if I fall short go in there and do my best.” 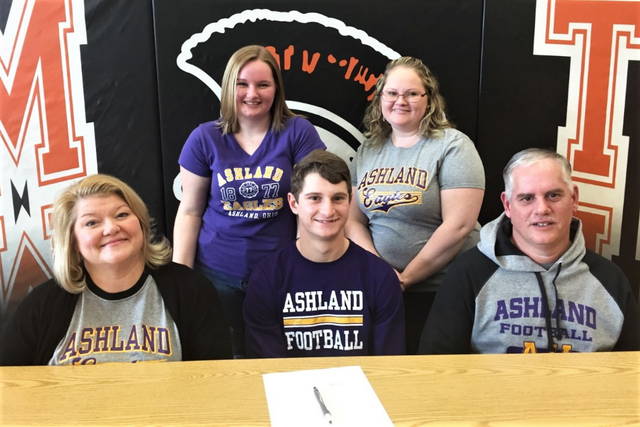