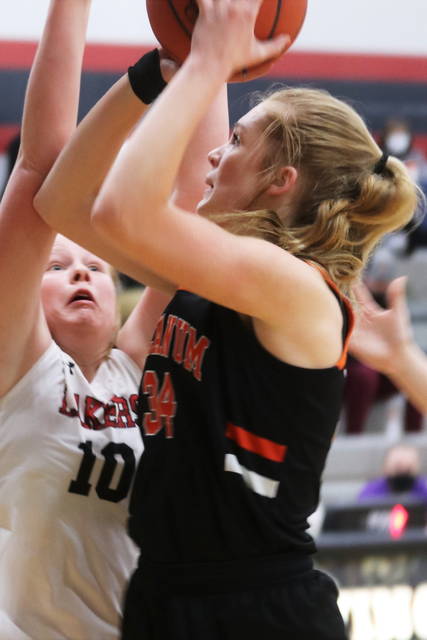 “It was a team effort – all of them,” said Arcanum coach Abbey Moore. “At times defensively we had some letdowns and those are going to be some big focuses in practice these next couple of days – and getting motivated.”

“Trust me,” Moore continued. “That is not going to be hard because these girls are motivated right now. We set a school record for the most wins in a season at Arcanum but we’re not going to be satisfied with that. That is a big honor for these girls and they deserve everything moving forward they are going to get.”

The Lady Trojans got on the board just 3 seconds into the contest with Hailey Unger grabbing the opening tip from teammate Taylor Gray to score on a driving layup and give Arcanum a quick 2-0 lead.

Indian Lake answered with a bucket to make it a 2-2 game in what would prove to be the closest the score would be the balance of night.

Arcanum took advantage of a 23-0 run racing out to a 25-2 lead with 1:06 showing on the first quarter clock before the teams would close out first quarter play with the Lady Trojans holding a 25-4 advantage.

Coach Moore continued to go to her bench in second quarter play and pulled the Lady Trojans smothering defense in second half action while playing her entire bench.

Keeping the game respectable, Coach Moore and the Lady Trojans would not score in the final quarter with the Lady Lakers taking the final period by a 1-0 score.

“We talked about respecting our opponent in the locker room before the game started,” said Coach Moore. “For one of these teams tonight it is going to be your last game of the year. I use that to motivate my girls so that we make sure it’s not our last.”

“We’re not ready for this special season to be over but yet at the same time I want them to know it is these girl’s last game, so we do it with dignity and respect,” Moore added. “I felt like we were able to do that tonight.”

With the win, Arcanum advances in tournament play to face the Anna Lady Rockets; the team that battled back from a large deficit in the 2019-2020 tournament to bounce the Lady Trojans out of tournament play.

Anna comes into the game earning a 50-11 Sectonal win over Dayton’s Northridge Lady Polar Bears. Like Arcanum’s strong start, the Lady Rockets raced out to a 19-2 first quarter lead in their Wednesday night win over Northridge.

Arcanum and Anna will tipoff Monday, February 22 at Versailles High School with a 5:30 p.m. start time. 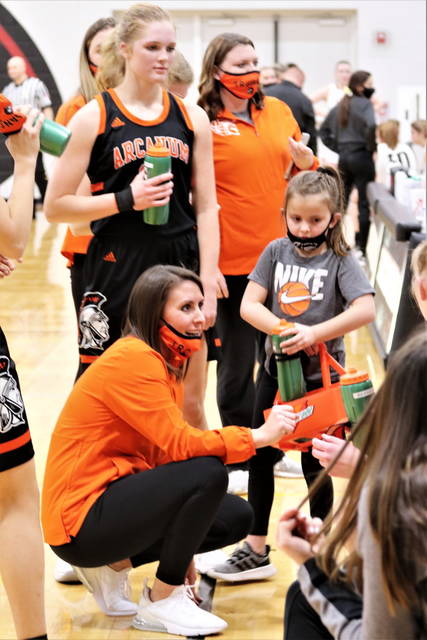 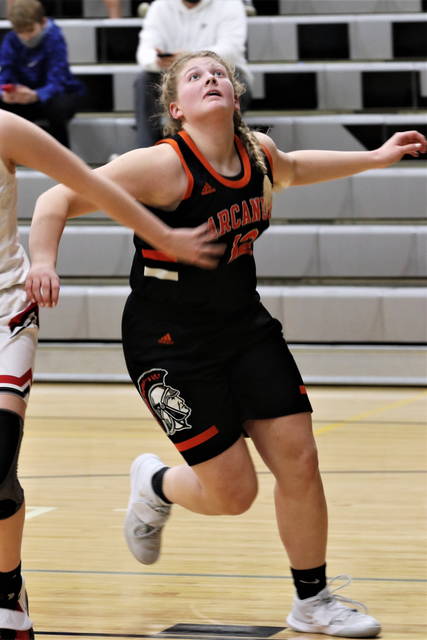 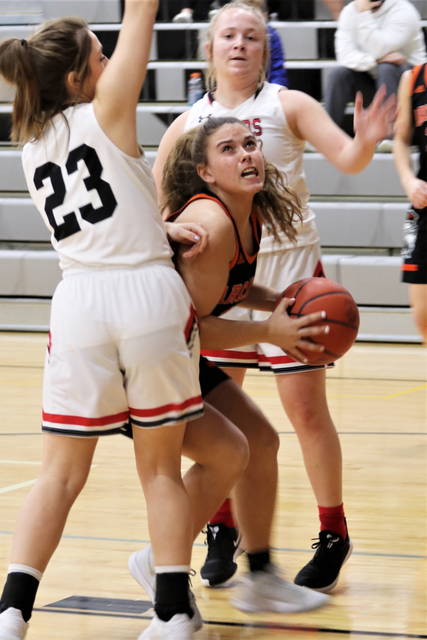 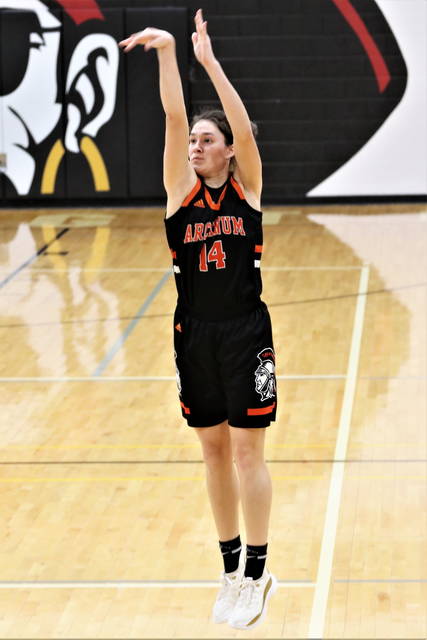 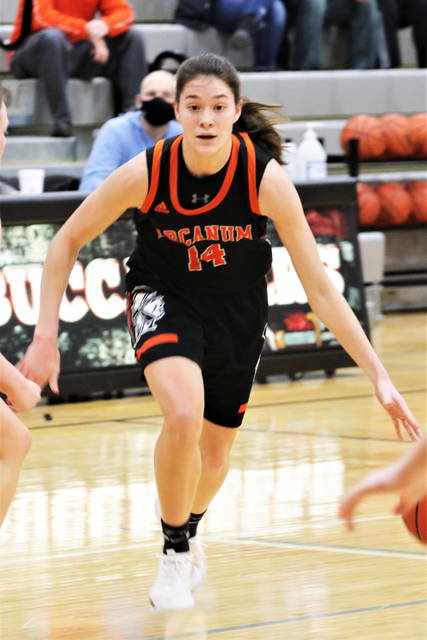 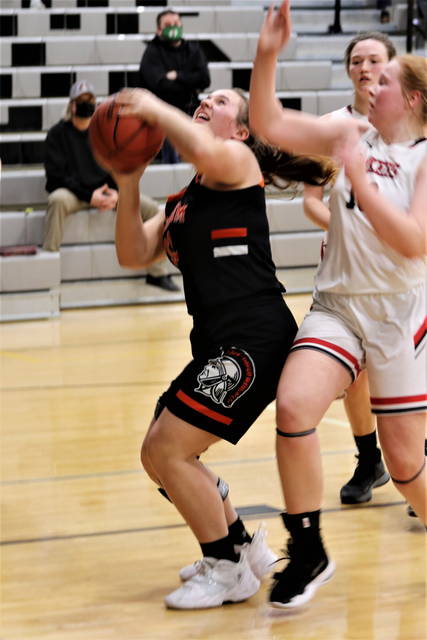 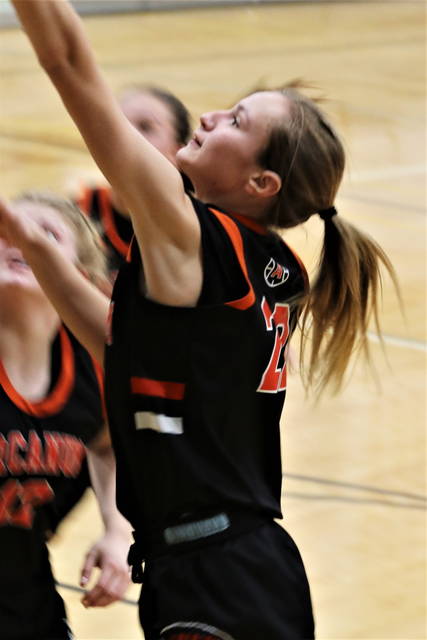 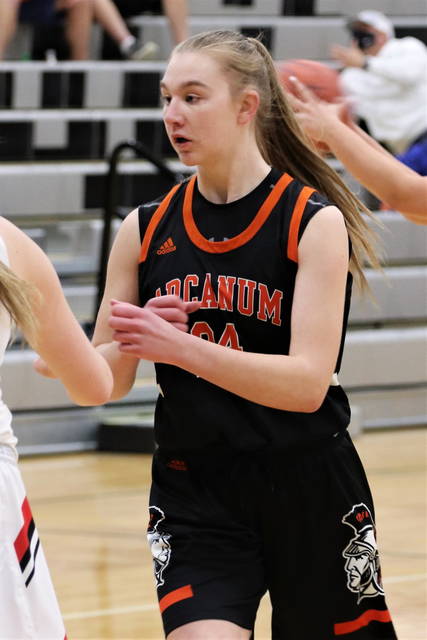 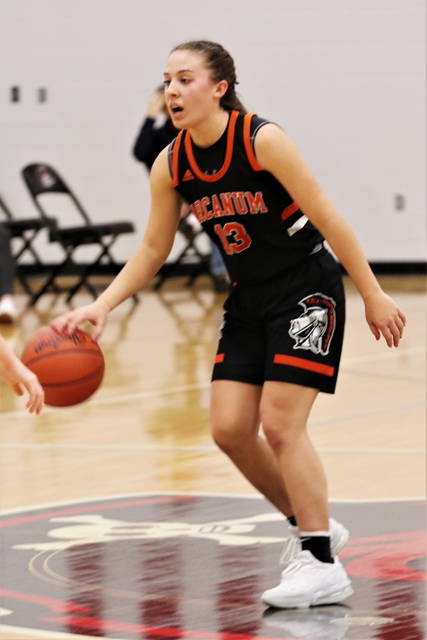 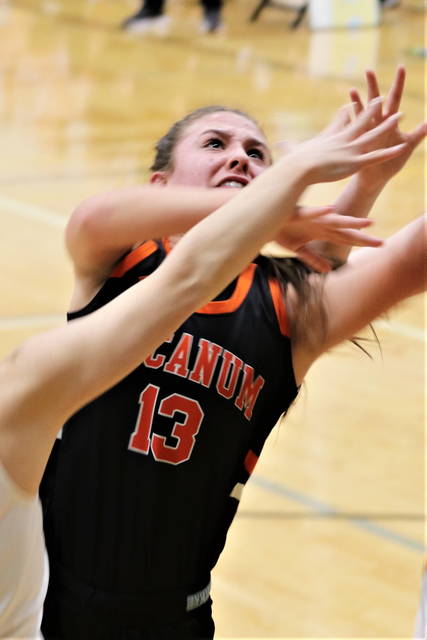 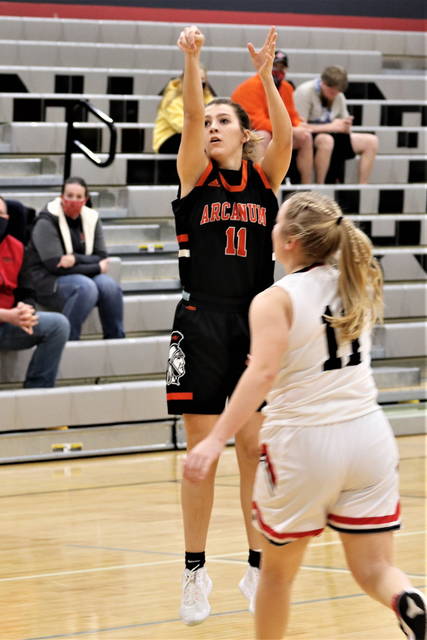 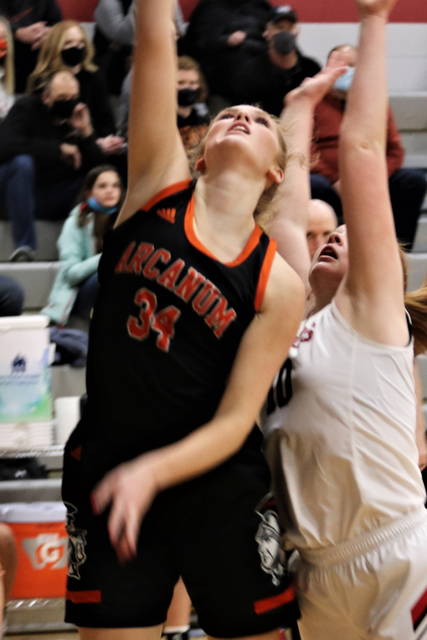