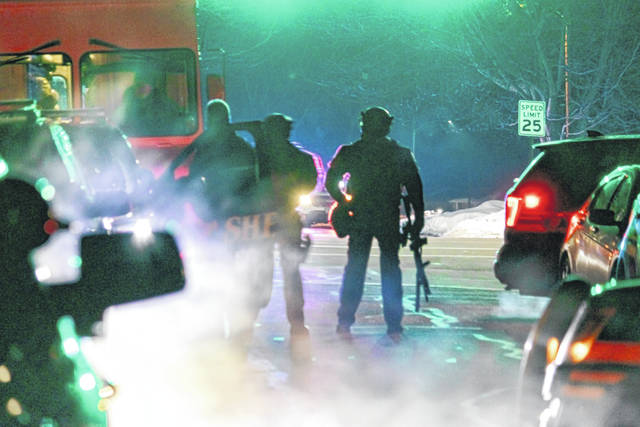 The male subject, identified as Vincent Veloz, 25, of Celina, was reportedly threatening to harm himself, holding an AR-15 rifle to his head in the church parking lot. Five people in the church at that time barricaded themselves in the basement.

Crisis negotiators spoke to Veloz for three hours trying to get him to put down the firearm and surrender. At 9:26 p.m, Veloz shot himself while inside the church. Darke County Sheriff’s Office Special Response Team and Tactical Paramedics immediately moved into the church to render lifesaving care to Veloz. He was transported by Greenville Township Fire and Rescue to an awaiting CareFlight chopper which transported Veloz to a Dayton hospital where he was listed in critical condition.

Veloz has been charged with first-degree felony aggravated burglary, for trespassing into the church while possessing a deadly weapon and while the church was occupied by others.