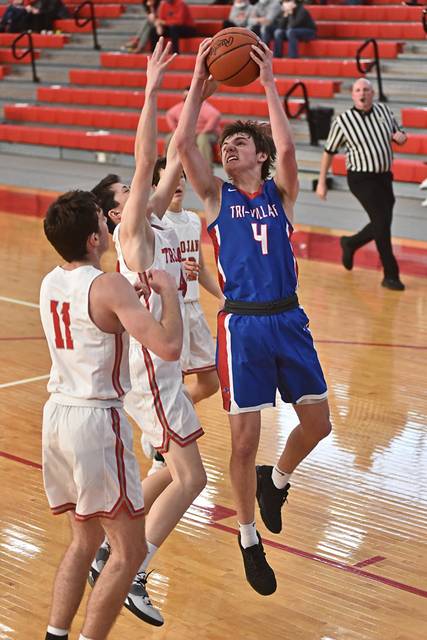 The Patriots were a little sluggish to start but gradually opened up a 9-2 lead before Southeastern cut into the lead.

Layne Sarver then went off scoring 9 of his 12 first quarter points to help TV open up a 20-9 lead.

Sarver added another 9 points in the 2nd period for 21 first half points.

The Patriots used swarming pressure overwhelming the young Southeastern guards to score in the open floor. Justin Finkbine & Wilson Suggs each had 5 points, Dalton Delong 3 and Seth Cook 2 as well in the 2nd quarter to give the Pats a 44-15 halftime advantage.

“It was our first tournament game and nerves set in offensively which led to some early misses but defensively we were very active and engaged most of the night and really picked it up in the 2nd quarter,” Tri-Village coach Josh Sagester noted on the start for the Patriots.

Tri-Village was unable to play their first round game due to East Dayton Christian having to forfeit due to contact tracing.

Things didn’t get any better after the break for Southeastern as Tri-Village held them to just two points in the 3rd frame. Meanwhile Finkbine scored 6 points in the paint, Scantland 4 and Sarver 2 as the Patriots expanded their lead to 56-17.

The 4th quarter would go by quickly with a running clock and the junior varsity boys seeing plenty of action.

Ty Linkous would score 6 points to lead the Patriots in the final stanza and Tanner Printz converted a deuce on a drive that delighted TV fans to conclude a 69-24 win.

Layne Sarver had a pretty good night, he came out and led by example knocked down some shots and the even went to a box and one on him down 30 in the 2nd half which is pretty good compliment as to how good he is,” Sagester stated.

Sarver would score 28 points on the night to lead a trio in double digit scoring.

Legacy Christian defeated Franklin Monroe 54-47 in the other sectional game and with the win improved to 20-4 and will take on 24-0 Tri-Village for the sectional title on Friday. 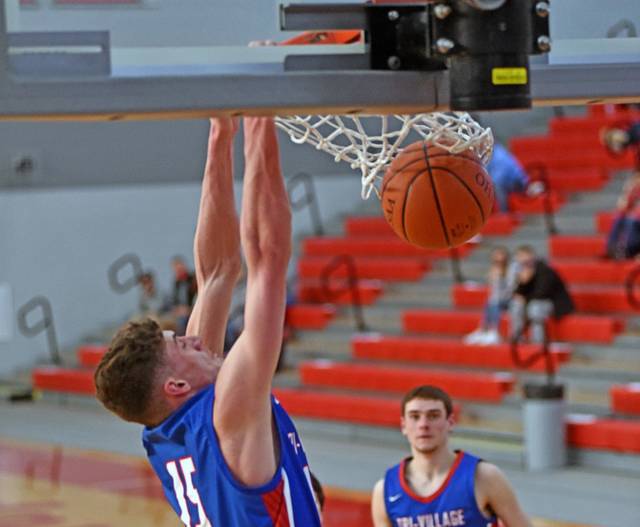 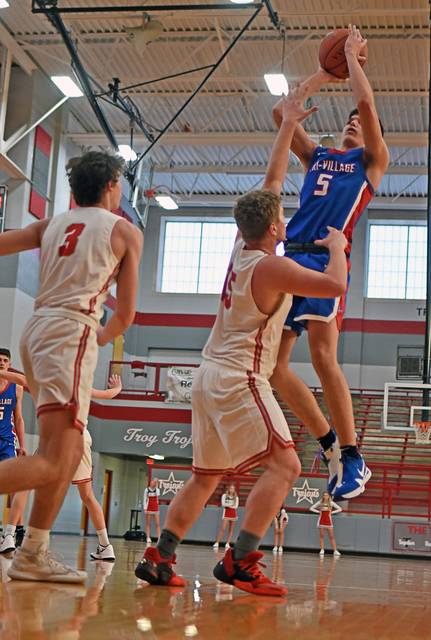 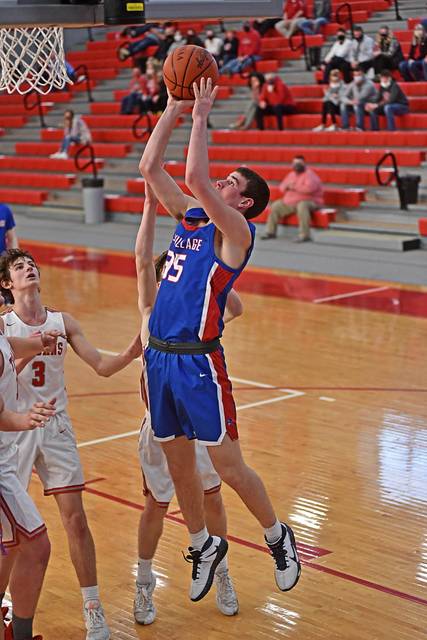