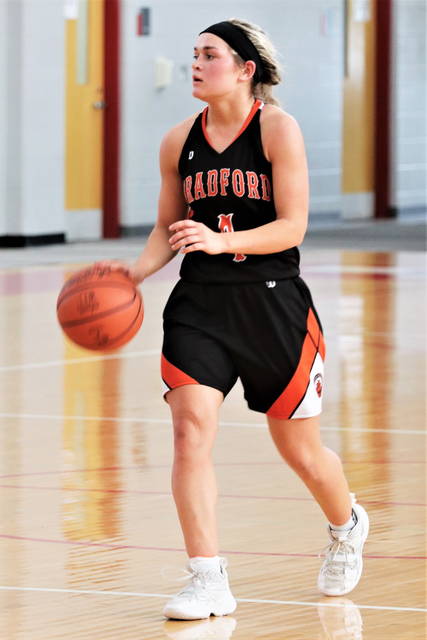 TROY – The Bradford Lady Railroaders close out the season with an impressive 20-6 record, falling to the Legacy Christian Lady Knights 55-35 in the OHSAA DIV district championship game…the schools second trip to the district finals over the past three seasons.

“This is only the second time our program has been to the district so that is significant of itself,” said Bradford coach, Chris Besecker. “Obviously our future we want to focus on getting beyond districts – that takes work.”

The Lady Railroaders played the Lady Knights close in first half play, trailing 15-10 after the opening period.

Down just 24-20 late in the second quarter, Legacy Christian took advantage of an offensive rebound stick-back to close out period No. 2 by an 11-10 score sending the teams to the break with the Lady Knights holding a 26-20 advantage.

“They mix up their defenses and they keep you off balance,” noted Besecker. “Their on-ball defense is real solid.”

Legacy Christian took advantage of a 7-0 run to push its lead to 33-20 to open third quarter play and take a 17 point 46-29 with three quarters in the book.

“It boiled down to we weren’t boxing out,” Coach Besecker said of Legacy’s 20-9 third quarter. “We were giving them second shots. Their first two possessions they score five points because we don’t box out. We just didn’t get the job done on the defensive boards.”

The Lady Knights polished off the victory taking the fourth quarter 9-6 to advance to the district championship game against another Darke County team; the Tri-Village Lady Patriots, 52-43 winners over the Russia Lady Raiders.

Bradford 5’8” sophomore Remi Harleman had a double-double to pace the Lady Raiders with 11 points and 10 rebounds. Austy Miller score 8 points and Cassi Mead chipped in 6 points.

“She is a heck of a ball player – she is the total deal,” Besecker said of Hess. “She is one of the best DIV players I’ve seen.”

Coach Besecker took a moment to talk about his two seniors, Cassi Mead and Emma Canan following the game.

“They have meant a lot to our program over the years,” said Coach Besecker. “I coached those kids in the eighth grade and moved up two years later and have had the varsity for their sophomore, junior and senior year. They are in that time where we have been 52-22 as a group overall and that is a tribute to them. They have dedicated themselves to the program and helped put us on a positive track.” 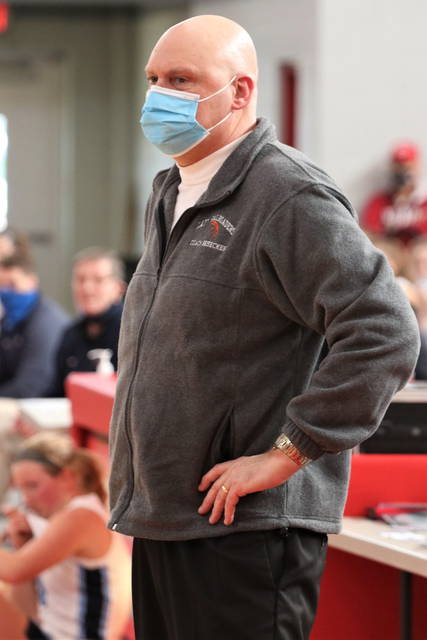 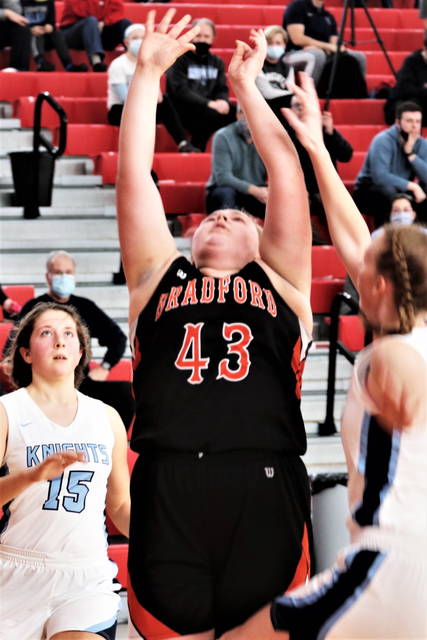 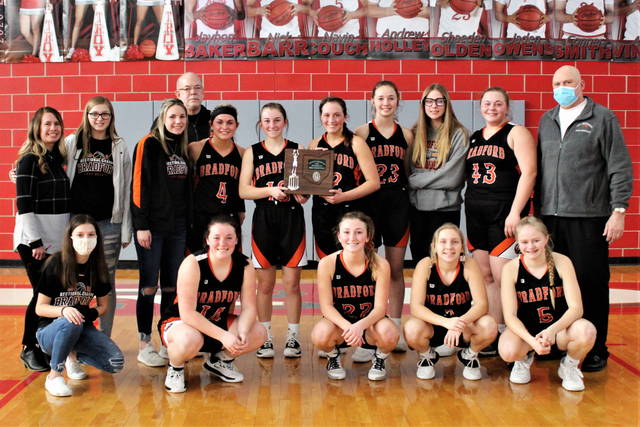 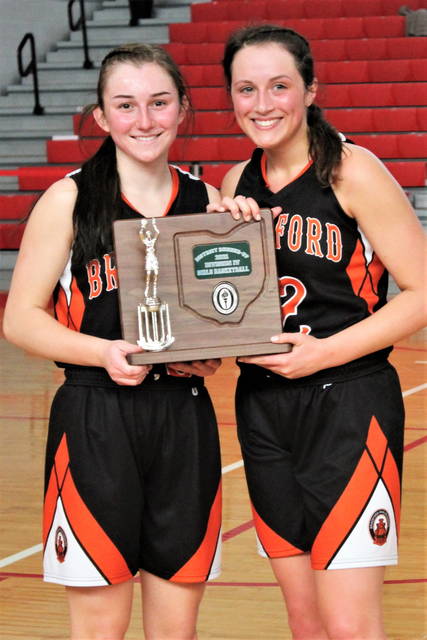