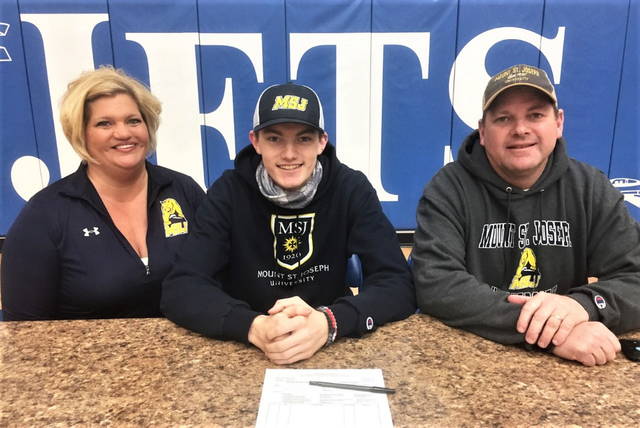 “It has been my dream since I was a little boy and started playing baseball,” Hosler said. “It’s been the biggest goal in my life so far and I am really excited.”

“He is a good pitcher, has a lot of command of his stuff, real strong working inside the zone, inside and out,” added Zimmerman. “I believe he is going to be successful for them.”

The Lions closed out the 2019-2020 COVID season with a 4-6-1 record that included 32 cancellations with 28 consecutive cancellations bringing the season to an end.

Franklin Monroe’s Hosler has his high school senior baseball season ahead of him where he not only pitches but is used as a position play as well while taking his turn at the plate.

“Brendan is going to be playing a little bit at third base this year,” said Coach Zimmerman. “We might even use him behind the plate a little bit but his focus is pitching.”

“Catching has helped me understand the game and understand the pitcher catcher relationship a little bit more, understanding how big of a deal it is to have a good catcher back there,” noted Hosler. “We have a great one – Gabe is a great catcher so having him the last couple of years has been really nice.”

“Mount St. Joseph is looking at him as strictly a pitcher,” Zimmerman stated. “He is an athlete. He can hit, he can play the field so if Mount St. Joseph has an opening and needs him, I’m sure he would be able to fill that void.”

“I would like to maybe be given a shot but I think they would like to see me on the mound,” Hosler said of his hitting and fielding skills. “You never know so we’ll see what happens.”

“I see him as a starter,” Zimmerman said. “He has good durability, he can go long sessions, I think of him as more of a long inning guy – 6-7 innings. He will be looking to find a spot on their rotation early on.”

Coach Zimmerman believes Hosler has the tools, motivation and attitude to make an impact playing for Mount St. Joseph University.

“Brendan is a real nice kid,” he said. “Easy to coach, takes instructions well, takes criticism well and just works hard. He is one of those guys that is there all winter before we even start real practices, just working trying to get better.”

“The first year is going to be a lot of learning, taking it all in but hopefully by my second and third year I’ll be helping the team win and getting us to the playoffs,” Hosler stated. “My goal is to be a starter and to be top three in the rotation at least by my sophomore year and try to do what I can as a freshman.”

“I command the zone pretty well,” he added. “I throw a lot of off speed and that is where I can get a lot of hitters out with my off speed and my location.”

Hosler took time to thank the many that helped him reach his goal of taking his baseball skills to the next level.

“I want to thank my parents,” Hosler said. “My dad coaching me since I was young, my mom has always motivated me, all the staff here at the school – they have done a phenomenal job. The coaches have put me in the positions to succeed all throughout my life and of course my teammates. My teammates mean the world to me. All those people have helped me get to where I am today.” 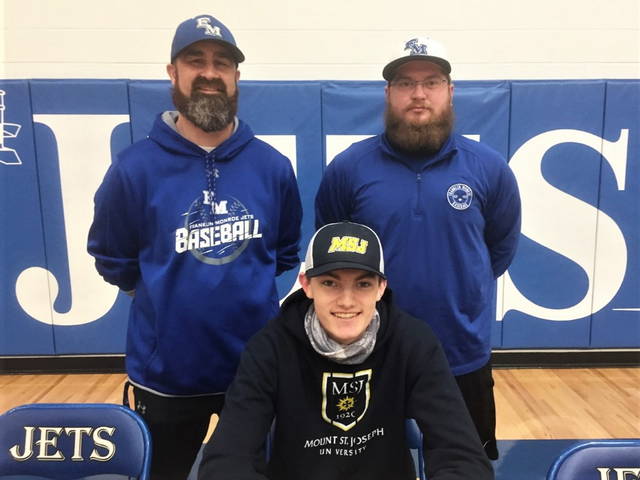