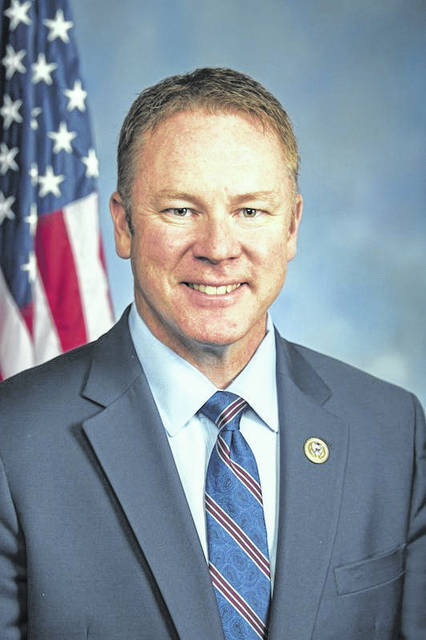 DARKE COUNTY — Rep. Warren Davidson (R) of Ohio’s 8th Congressional District stated in an interview with Fox News at the 2021 CPAC event that he is considering running for either Ohio governor or the U.S. Senate in 2022, though he indicated neither of these moves are concrete as of now.

In recent weeks, Davidson has harshly criticized Ohio Gov. Mike DeWine’s strategy in dealing with COVID-19, and has questioned the governor on his plans to begin fully reopening the state and doing away with mask mandates. He has stated that he isn’t looking for a specific date for these measures to begin, but rather an objective criteria outlining how to ease things back to normal when it’s time to do so.

With Sen. Rob Portman (R) stating that he does not plan to run for reelection in 2022, there will be a slew of Republican candidates vying for the seat. Though he is considering both bids, Davidson noted he is in favor of doing whatever is best for the Ohio Republican Party, whether that means running himself or giving way for other qualified candidates.

“I’m not as concerned about the Senate, but I am taking a hard look at the governor’s race,” Davidson told The Daily Advocate. “In no small measure due to the fact that I am concerned that Gov. DeWine will have trouble winning in the general election because there are a lot of folks that just aren’t going to support him. A fair number of folks have encouraged me to look at the race, and that’s pretty humbling, and we’re taking a look at it as to whether or not I should be the person to run against him.”

As indicated, Davidson said his primary concern is that if Gov. DeWine doesn’t lose in the Republican primaries, he will have a particularly difficult time garnering support in the general election and the state will risk losing the governorship to the Democratic party.

“I’m honored to get the chance to serve as our member of Congress, and I’m very excited about the work we [Republicans] are doing to take back the house in 2022.” Davidson concluded. “I’m very energized by the work I’m doing currently, so it’s very humbling for people to suggest because of that they would be excited for me to consider something else, including the governor’s race. So, we’re going to take a hard look at it, and count the cost, and talk to some trusted advisors, and we’ll try to make a decision here soon.”

Though Davidson has heavily indicated his interest in running for both governor of Ohio and the U.S. Senate, neither plan is set-in-stone and Davidson hasn’t made any concrete decisions about his future in politics besides continuing to work for his constituents.

Davidson has served in Congress since 2016, replacing former Speaker of the House Rep. John Boehner, who resigned his seat in October 2015.