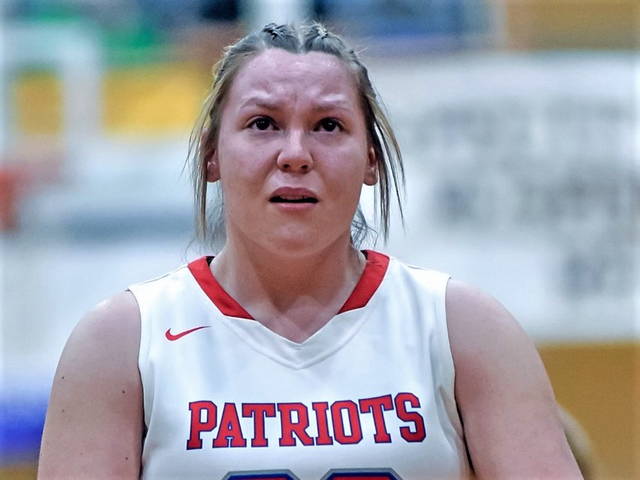 VANDALIA – Ft. Loramie denied Tri-Village the chance to advance to the State Final Four and punched their own ticket with a 61-37 win over the Patriots.

The Redskins won the Regional Finals last year against Minster and while on their way to Columbus to play at State they received word that due to Covid-19 the tournament was cancelled.

They waited a whole year for the chance to finish what they started and wasn’t going to be denied by shooting lights out in the first half and combine that with suffocating defense they broke open a close 10-8 game to a 24-10 first quarter lead.

The Patriots got it to 15-10 looking to make it a one possession game but turned the ball over and before they knew it Loramie was up 24-10.

“To their credit they hit shots, they made a lot of perimeter shots and I don’t think on most nights you would say they were going to beat you shooting from the perimeter as long as you rebounded the ball well,” Tri-Village coach Brad Gray said.

Gray emphasized rebounding and handling pressure as two keys to them winning the game, both stats won by Fort Loramie.

They hounded Tri-Village and bottled up point guard Rylee Sagester with a slurry of defenders all night. If she got around one defender, another was there to help.

Sagester was held scoreless for most of the game only scoring 6 points in the 4th quarter.

Early on Meghan Downing scored in the paint but getting the ball inside to her proved to be a challenge after that.

The Patriots scored just 11 points in the 2nd and 3rd quarters as the Skins went up 52-21.

In the final stanza they scored 16 but it wasn’t near enough to dent the insurmountable lead falling 61-37.

Tri-Village held Kenzie Hoelscher who was the Shelby County League player of the year and leading scorer to just 3 points … but Loramie wasn’t going to be denied as they connected on 7 three-pointers and was led by Ashley Rose with a career high of 24 points. Corynn Heitkamp had 4 triples, 15 points and Colleen Brandewie 13 andtwo-threes.

Despite Morgan Hunt and Meghan Downing sitting a spell due to foul trouble the duo led the PATS in scoring; Hunt had 10 and Downing 9.

In a game like this sometimes you just have to tip your hat to the better team.

As the late legendary coach John Wooden would say. “Losing is only temporary and not all encompassing. You must simply study it, learn from it, and try to not lose the same way again. Then you must have the self-control to forget about it.”

Forgetting about it might not be so easy as the Patriots season ends with a 23-3 record and will have to wait another 8 months to get back on the hardwood.

The Patriots say good bye to their lone senior and fan favorite Karsi Sprowl who played with heart and was the biggest cheerleader on the team. She fought back tears late in the game while at the free throw line scoring 1 point.

“I love Karsi, she made our program better as a whole because she is so unselfish and sacrificed a lot of what she wanted to get out of basketball for the team. She never sulked about it, came to practice every day and gave it the best she had. Every time she was on the floor she played with tremendous effort. That’s all you can ask – she’s done that since the 3rd grade. I Wish we could have gone a little further for her … but we weren’t able to do it tonight,” Gray said.

“We’ll look back and be proud of some of the things we accomplished … but this one will burn in our souls for the next couple of months,” Gray frowned.

Tri-Village will return all 5 starters; 2 juniors and 3 sophomores but this is one game that will surely require some reflection and be a motivating factor going forward.

“You hope this motivates the group returning, we were exposed out there tonight, we showed a lot of limitations we have as a team. Hopefully the kids will realize there are some individual things they need to work on to get better,” Gray commented.

There is no question the Patriots have a lot of skill level but the one thing they were missing was toughness and it’s not something you can just teach. It’s something Fort Loramie had plenty of and they weren’t afraid to show it.

“The main thing we have to do is buck up against pressure, be physical, be nasty, all the things they did to us. It wasn’t so much a skill level thing it was a toughness thing and I don’t know how you teach a kid to be tougher … but we have to figure out a way to be tougher,” Gray shouted.

“We were exposed, this burns and it’s going to be hard to forget,” Gray concluded.

Follow the advice of coach Wooden study, learn and improve and I’m guessing June and July will be used to build a tougher more physical team ready to take it one step further next year. 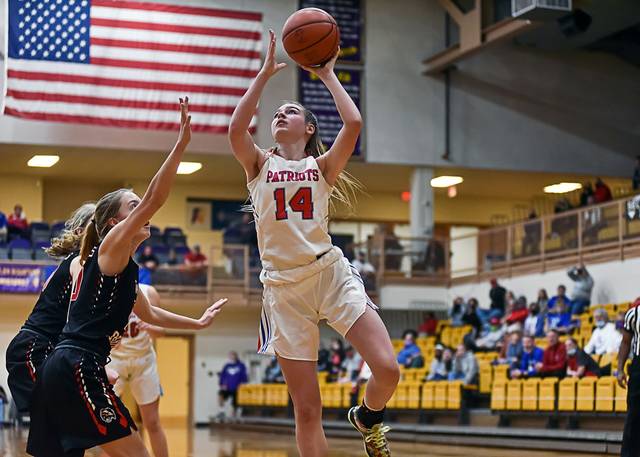 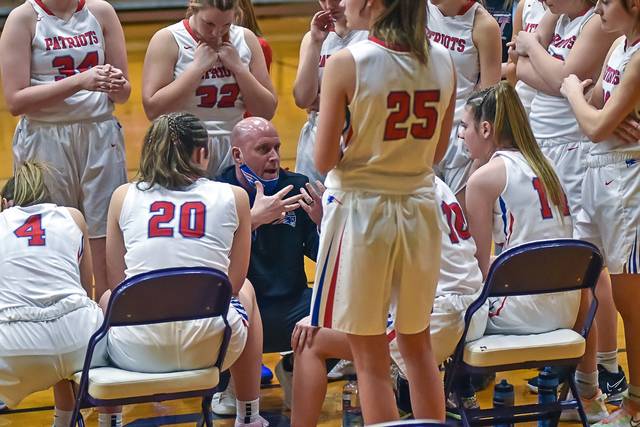 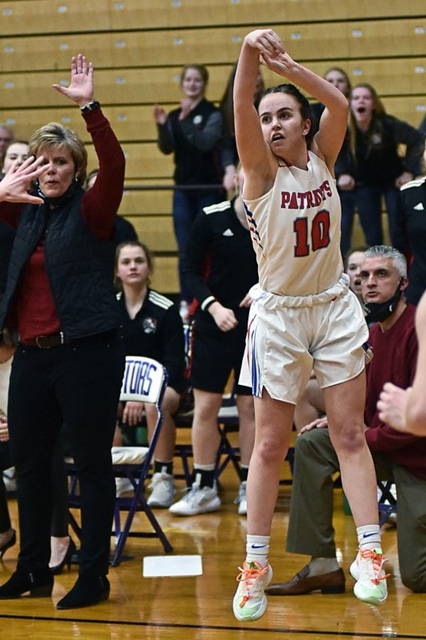 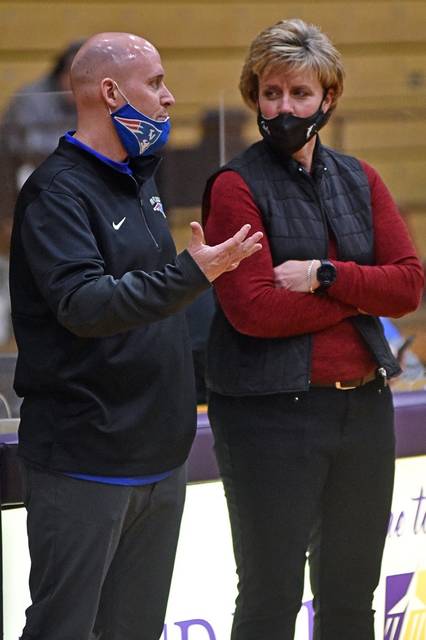 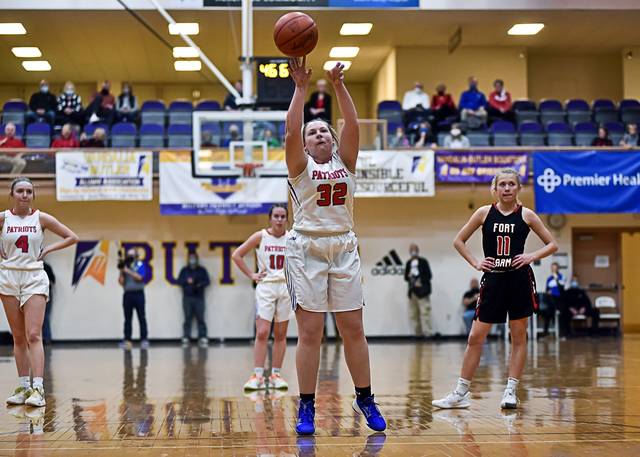 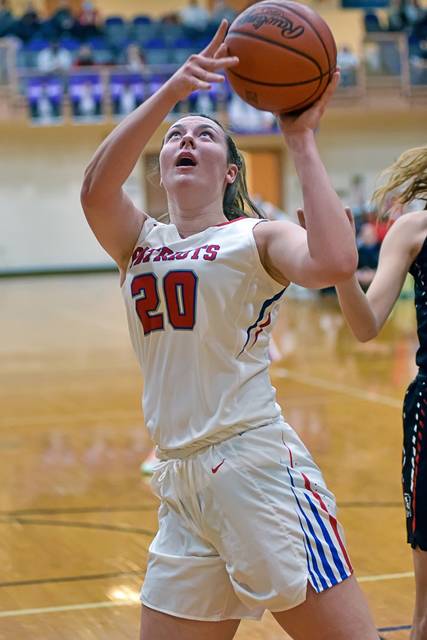 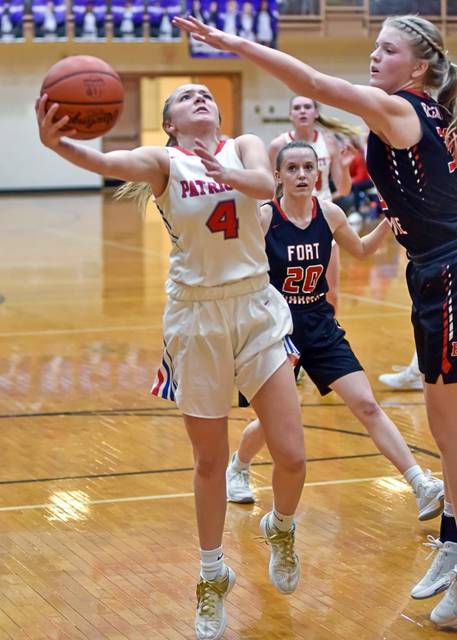 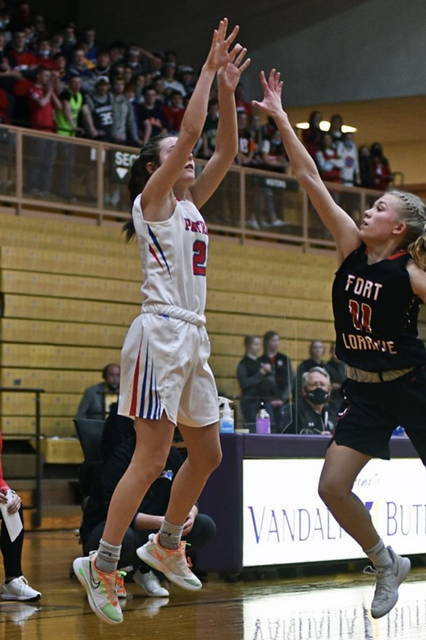