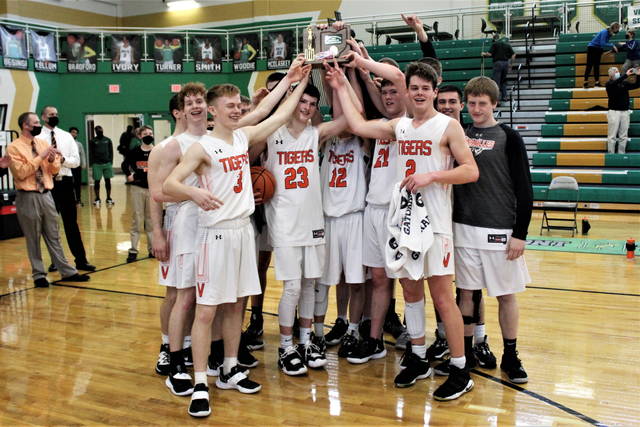 CLAYTON – The Versailles Tigers took an 11-14 record into the OHSAA DIII district title game and came away with a 62-51 win over Cincinnati’s Mariemont Warriors joining the Sweet-16 in regional play.

“Our kids played really well against a nice team,” said Versailles coach Travis Swank. “Mariemont has a lot of length and shoots the ball really well.”

“Defense and easy shots are what’s going to win you district titles,” Swank continued. “We did enough good things on the defensive end and then we got a lot of easy ones in transition on them as well.”

Versailles junior, Jaydon Litten hit back-to-back long range 3-pointers to open the Tigers scoring and added a 2-point bucket to lead Versailles to a 12-9 advantage with one period in the book.

“Jaydon played really well,” noted Swank. “For us to come out hot on the offensive end was key – it was good to see our stuff working.”

The Tigers used a 9-3 scoring run to open second quarter play extending its lead to 21-12 at 4:35 only to have the Warriors battle back with 7-unanswered points to trail 21-19 with 1:15 on the second quarter clock.

Versailles closed out first half play with three Troy Jones points by way of an old fashioned 3-point play to play 2-points better in the second taking the quarter 17-15 with Litten burying his third and fourth triples of the game for 6-points and Connor Stonebraker adding 6-points sending the teams to the break with Tigers holding a 29-24 advantage.

The Tigers added a single point to its halftime lead after 3-periods of play with Jared DeMange good for 7-points including a trey sending the teams to the final period of play with Versailles holding a 43-37 lead.

“Two seniors (Jared DeMange and Troy Jones) that are stepping up in prime situations and they did what we expected of them.” stated Swank. “I know they haven’t had a lot of opportunities playing in these tournament type atmospheres in the past but this tournament run they have done a heck of a job for us.”

Period No. 4 went to the Tigers 19-14 led by 11 DeMange points by way of three baskets and 5-6 shooting at the free throw line. Stonebraker added 6-points in the closing quarter including 2-2 at the line.

“We didn’t just want to settle for free throws but we were willing to take them if they were going to foul us,” said Coach Swank. “We spread them out and got some wide open layups there in the end.The kids kept their heads up, the kids kept on cutting and we weren’t going to be complacent with just free throws – we were going to try to end it with some easy 2’s.”

“Kudos to our kids,” he stated. “They believe in what we have been preaching to them all year. Things didn’t look very good midway point of the season but our kids never gave up and still believed in themselves, their teammates and the coaches. We are playing well right now so that is all that matters – to play well here in the tournament and hopefully we can continue on.”

“A lot of these guys were inexperienced coming into the year,” added Swank. “Eli McEldowney, even though he got a varsity letter last year didn’t play a whole lot so these guys were learning on the fly out there – how to play at the varsity level. At the beginning it wasn’t good, the results weren’t good but the kids kept on believing in themselves and kept on practicing hard every day. That is what you need to do,”

“Just keep on grinding, keep on improving and they are really showing what that does,” Coach Swank concluded. “The hard work has paid off for them here with a District Championship.”

Jared DeMange led Versailles and all scorers with a game-high 22-points. With the win Versailles improves to 12-14 on the season 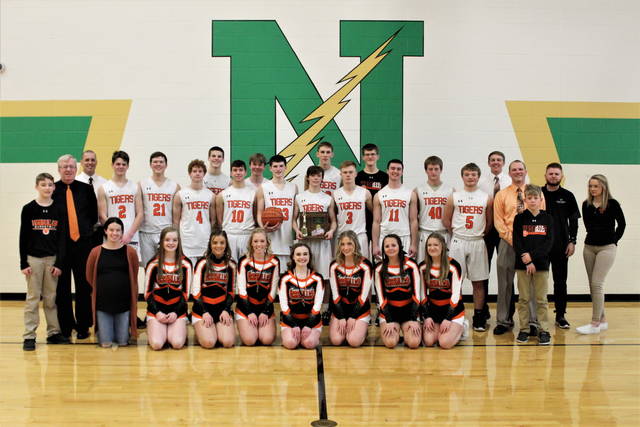 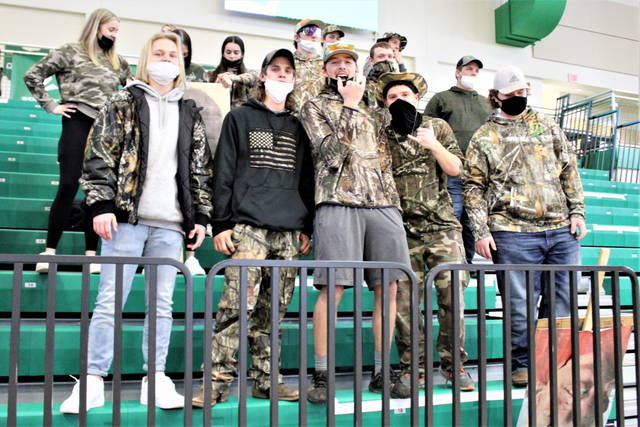 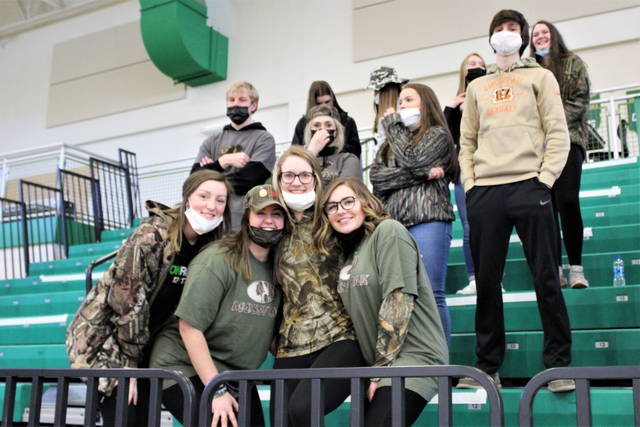 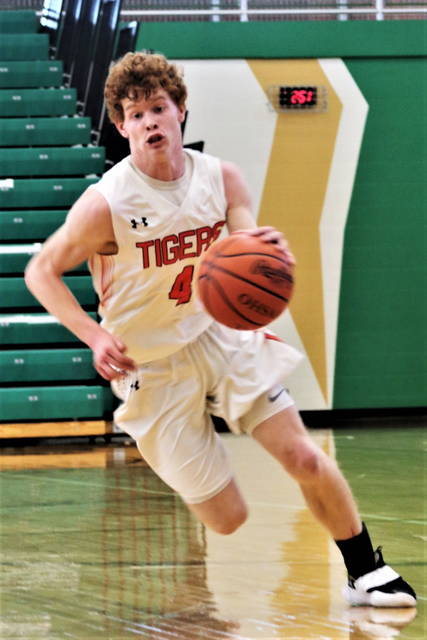 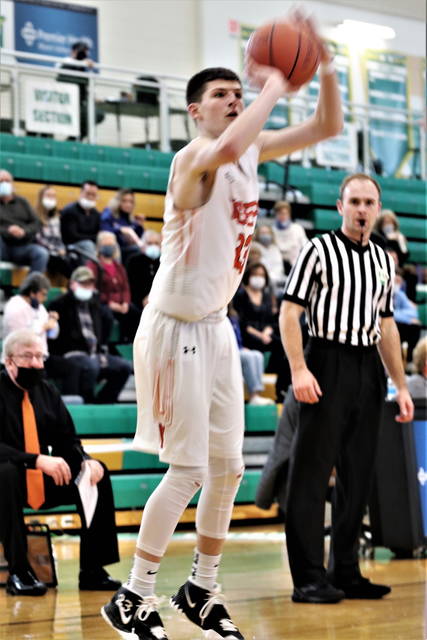 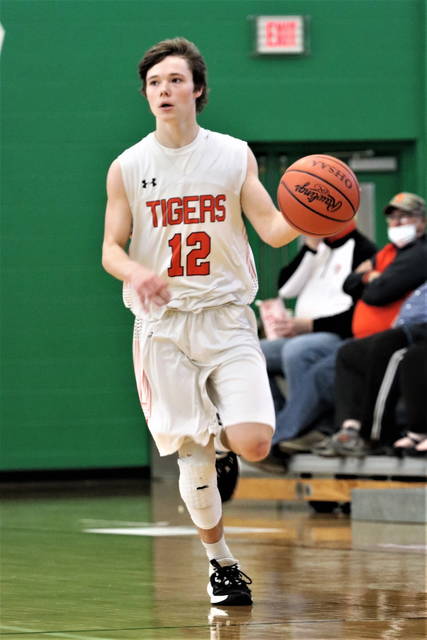 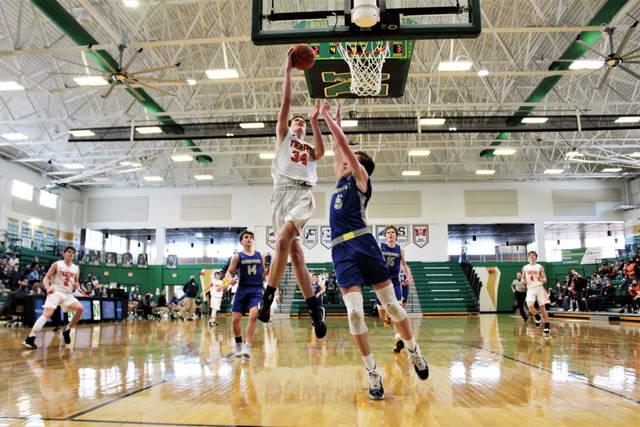 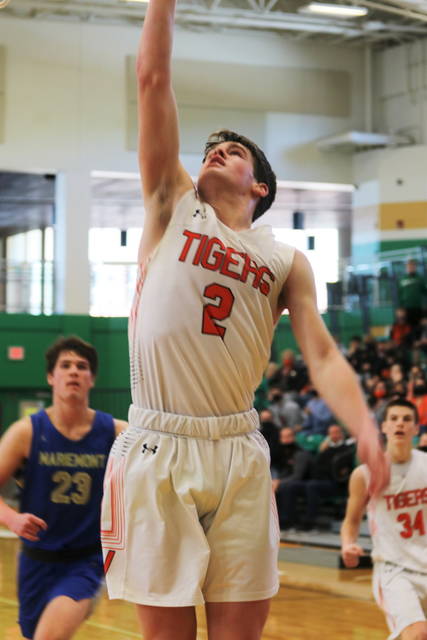 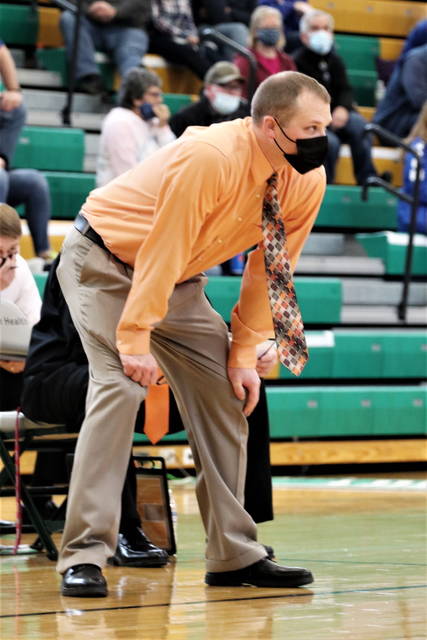 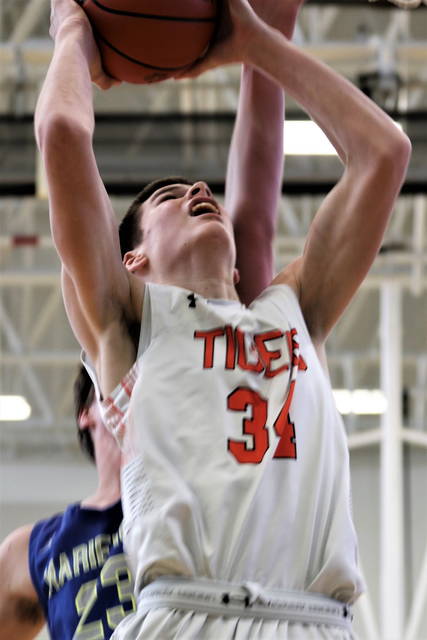 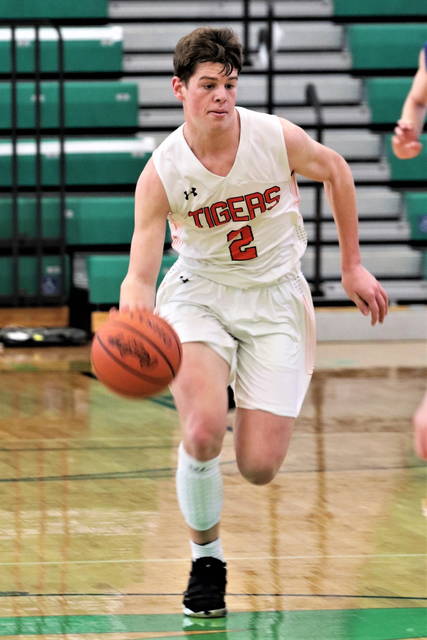