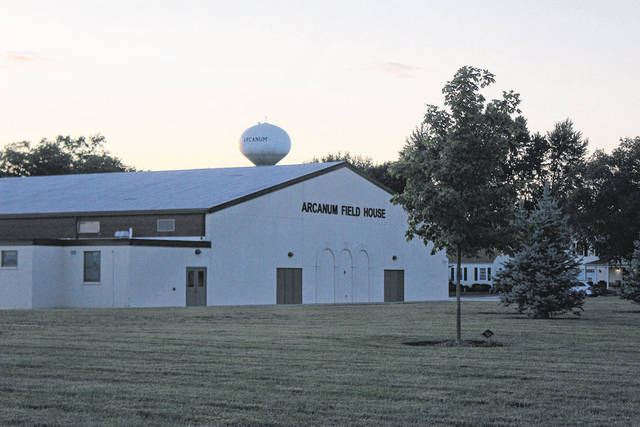 ARCANUM — The Village of Arcanum recently enacted Ordinance 2020-46, an animal control code for the village. This comes on the heels of a number of complaints to village council members, administrators and the village police chief.

Arcanum Police Chief Marcus Ballinger stated that, in part due to COVID-19 precautions, many people have been out in the community walking their dogs. From this, a number of village residents have complained of unleashed dogs, dogs leaving their owner’s property, and in rare cases, dogs chasing or attacking residents walking through their neighborhoods.

“Nuisance dogs,” as outlined in the ordinance, constitute dogs (other than police dogs) that, without provocation and while off the premises of its owner, have chased or approached a person in a menacing fashion or with an apparent attitude of attack or has attempted to bite or otherwise endanger any person.

Ballinger stated that these matters will first attempt to be resolved in an amicable manner, but any village resident who violates this code is subject to a minor misdemeanor for first offenses, and a misdemeanor of the fourth degree for each subsequent offense.

The village promotes responsible dog ownership, and advises residents to not leave dogs or animals tethered outdoors for extended periods of time. Barking or howling dogs, or animals making loud noises for periods longer than 15 consecutive minutes, whether confined inside a residence or building, or in an outside area, are deemed to have disturbed the peace. The same penalties apply to this section as well.

“The goal of this ordinance isn’t to curb animal lovers, but rather to reign in the issues we’ve seen recently with unleashed or constantly barking dogs,” said Ballinger. “As always, we try to resolve these matters with a simple conversation, but this ordinance gives us the ability to take action against those who can’t keep their pets under control, which leads to these animals becoming a nuisance to the community as a whole.”

Ballinger concluded by stating that he has a number of dogs and pets himself, and reiterated that this ordinance is not in the interest of disparaging dog owners. He sees it as a way to improve community safety and peace by allowing the village to take action against animal owners who do not contain their pets.