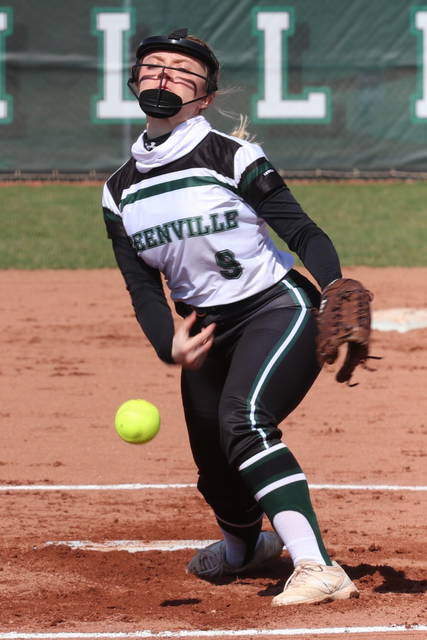 “We have a lot of freshmen and redshirt freshmen – a lot of kids that haven’t played varsity ball,” Newland added. “We have 15-16 kids competing and it’s my job to figure out what they can do. Today we went with that group and looked like a pretty sharp group. We will move to next week and start MVL play and see where we go.”

Susie Blocher stroked a two out double to left and score on a WL-S error to take a 1-0 lead after one inning of play.

The teams played scoreless ball through innings two and three before the Lady Wave bats came alive in the bottom of the fourth to plate seven runs.

A perfectly executed Saige Fellers bunt loaded the bases setting up a 3-run double off the bat of Nyesha Wright.

Alaina Baughn knocked a single to left putting runners on the corners bringing Blocher to the plate to drive a run scoring sacrifice fly to center plating Baughn with the Lady Wave’s seventh run of the inning for an 8-0 lead heading to the fifth inning.

Baughn drilled a grand slam in first game of the day in a 15-5 run rule win over Wayne giving the sophomore 2-home runs, 7-RBIs, 3-runs scored while going 4-8 at the plate in her first varsity appearances for the Lady Wave.

Grace Shaffer went the distance on the mound for the Lady Wave tossing six scoreless innings of 2-hit ball, walking one and striking out eight. Shaffer finished the day with two wins, nine scoreless innings and a total of 16-strikeouts to start the season 2-0.

“We’re going to be all right,” Coach Newland said following the two game sweep. “We have a lot of good young kids. I know the first couple of innings it was kind of slow and everybody is excited right now.”

“Well – yesterday I had my trainer, my school nurse and my helper all three to get me through it and needless to say the one day a year I have to go do blood or something – I’m not a big needle fan and I’ll blame my sister for that when I was little and the little Fisher Price Play Sets,” said Newland following the game. “I have two shots in me and I can’t feel my left arm right now but other than that we’re happy to have it – you know we are very fortunate to have what Greenville City Schools does and very fortunate to GGSA and just good stuff moving forward. Sunny and 70 and I’m sure it will be snowing next week – Ohio weather.” 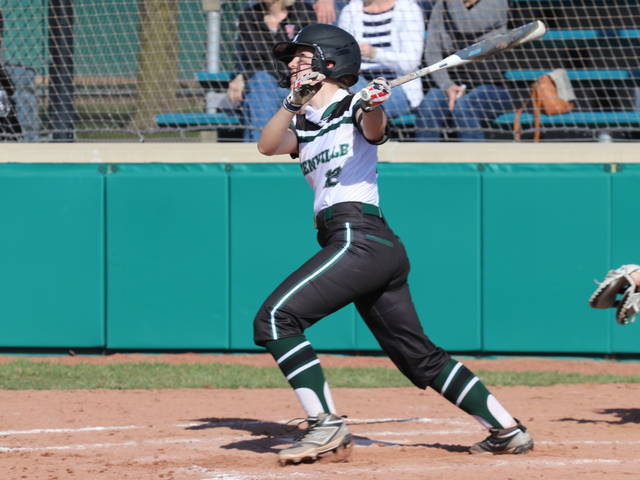 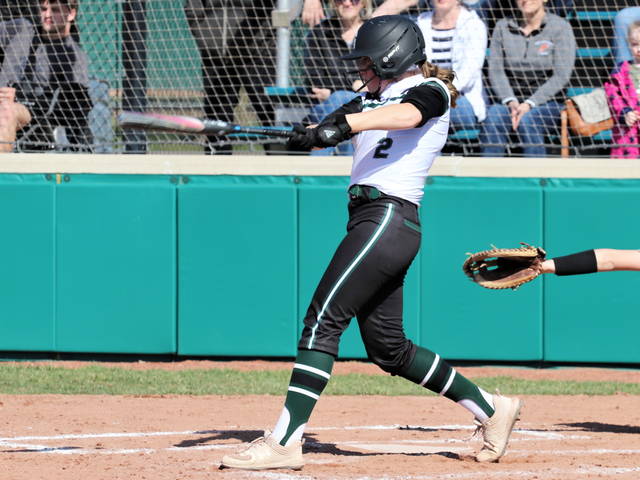 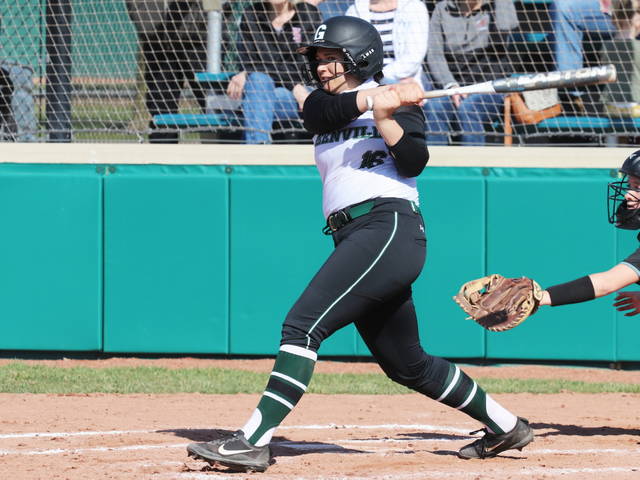 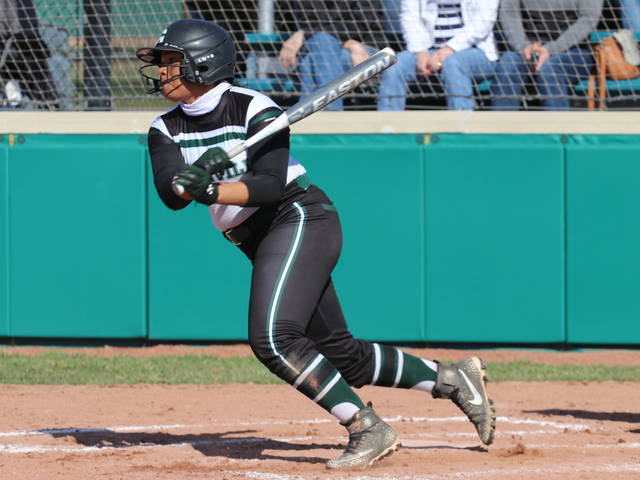 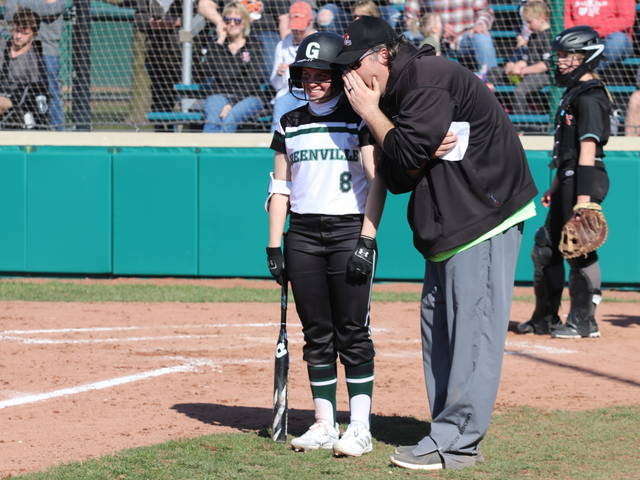 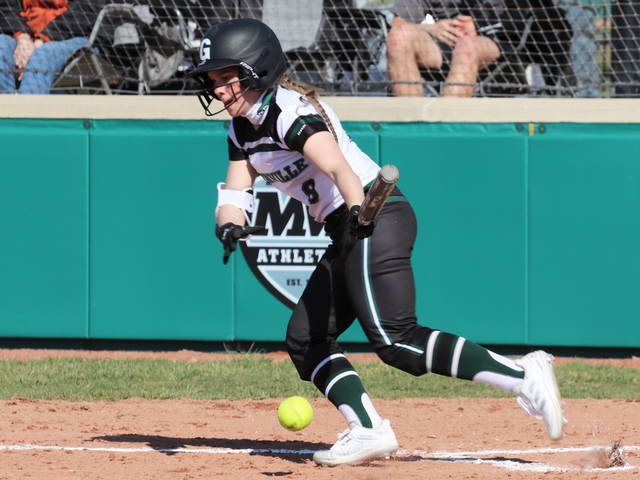 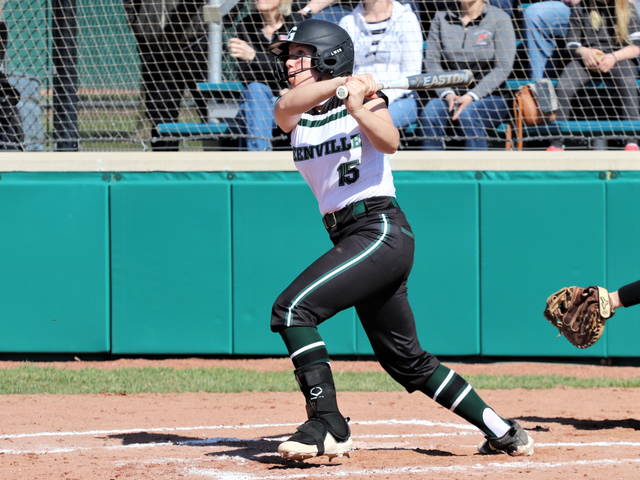