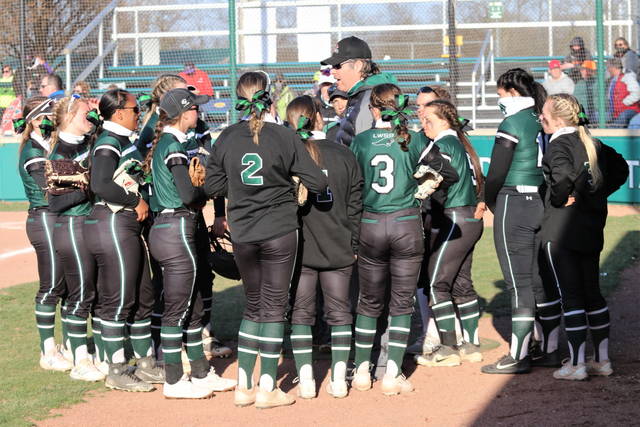 GREENVILLE – The Lady Wave defeated the visiting Mechanicsburg Lady Indians 4-2 in varsity softball action at Lady Wave Stadium following an earlier 2-0 loss to Beavercreek in the opening game of the day.

“Great 4-2 win and we played 14 pretty good innings today,” Newland added. “We gave up four runs and I’ll take that all day long. Left a lot of ducks on the pond today but we’ll clean that up.”

Taking the field as one of Ohio’s perennial powerhouse softball programs, the Lady Indians opened the day’s game with a triple and a run-scoring groundout to lead 1-0. Mechanicsburg drilled its second triple of the inning followed by back-to-back Grace Shaffer strikeouts.

The Lady Wave got on the board in the bottom of the second taking advantage of a Bri Fellers leadoff single, a Kierah Beavins single and a Saige Fellers sacrifice bunt putting runners on second and third with one out.

A Nyesha Wright groundout to first plated B. Fellers with the Lady Wave’s first run of the day to even the score a 2-2.

GHS sophomore Kylie Hamm took over on the mound for the Lady Wave in the top of the third and quickly was looking at runners on first and second with no outs before setting then next three batters down in order with a groundout to Ashlyn Zimmer at third, a strikeout and fly out Nyesha Wright in center.

“What a job there out of Hamm,” said Newland. “I told her I was going to need her for three or four innings and bring Grace (Shaffer) back – she just kept rolling and it says a lot about the sophomore. Just great day out of the program.”

Susie Blocher led off the bottom of the third with a rocket deep over the centerfield fence to give the Lady Wave a 2-1 lead after three complete and Hamm followed up setting the visitors down in order in the top of the fourth.

Skylar Fletcher gave the Lady Wave a 3-1 lead with a two-out RBI single to center scoring S. Fellers sending the teams to the fifth inning of play.

Mechanicsburg went down in order in the top of the fifth with Hamm coaxing a groundout to Zimmer at third, a groundout to S. Fellers at short and a fly ball to Fletcher in right. The Lady Wave went down 1-2-3 in its half of the inning.

The top of the sixth had the Lady Indians once again going down in order with a diving Wright catch in center, a Hamm strikeout and a come-backer to Hamm on the mound for the third out.

Greenville’s A Alaina Baughn crushed a two-out homer deep over the centerfield fence to give the Lady Wave a 4-1 lead with six-innings in the book.

“They were both smoked – hitting the ball hard,” Newland said of Blocher and Baughn home runs. “I really like where we are swinging the bat and the kids working and competing and we’re just getting better. Couple of those ball – that wind wasn’t helping the first game one or two were hung up in.”

Mechanicsburg added a run in the top of the seventh to make it a final 4-2 score with the Lady Wave improving to 7-1 with the non-conference win.

“I’m sure they will be back here in the regional finals,” Newland said of Mechanicsburg. “Them and Bradford will be teeing it up.”

Hamm surrendered one run on three hits over five innings, striking out three and allowing no walks.

“Just a fun day for Lady Wave Softball,” Coach Newland stated. “Proud of the kids, proud of the program.” 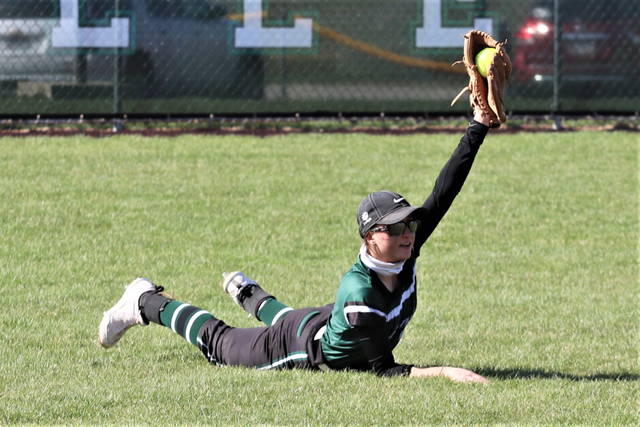 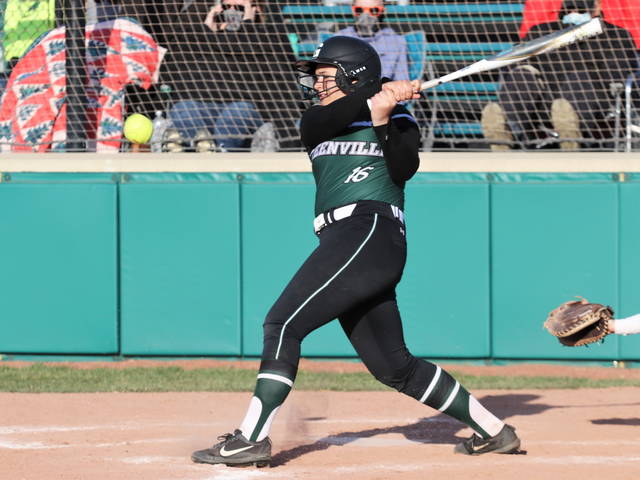 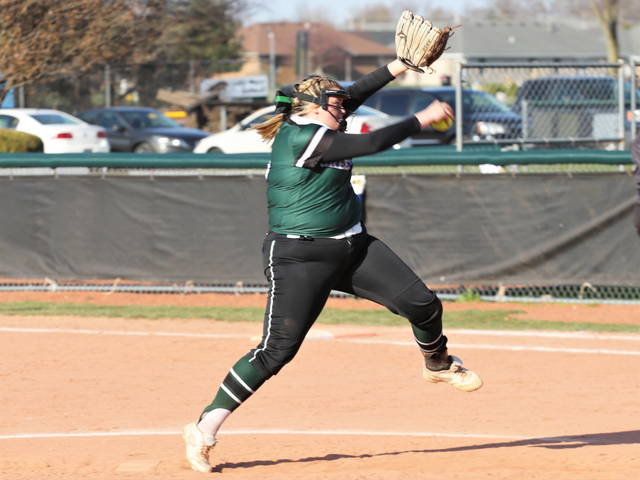 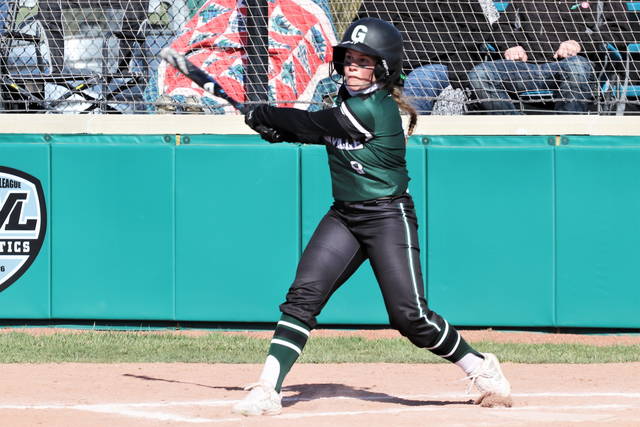 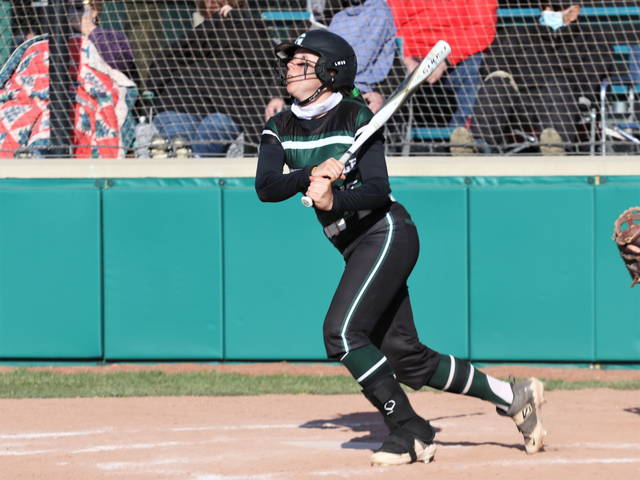