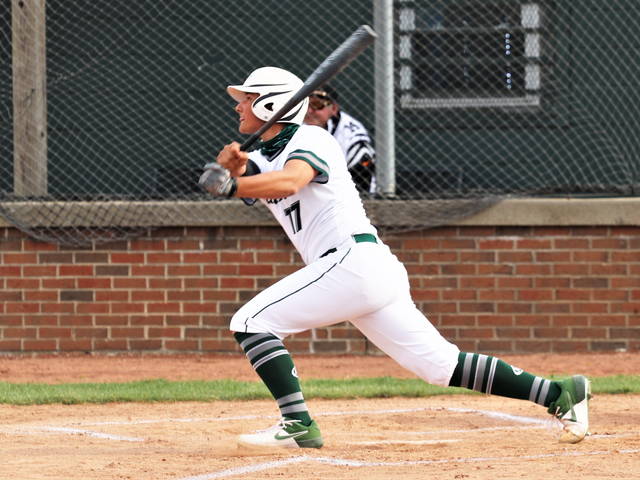 GREENVILLE – Greenville defeated the visiting Fairborn Skyhawks 7-6 in dramatic walk-off fashion thanks to a Hayden Bush walk-off triple to earn the MVL victory.

“The guys played well today,” said Greenville coach, Eric Blumenstock. “They had to come back twice and to get that big walk-off there at the end of the game – Hayden Bush took one all the way to the fence and drove Reed Hanes in there from second.”

Fairborn opened play with four consecutive singles to lead 1-0 before the Green Wave would register its first out of the night. With bases still loaded and no-outs the Wave’s Alex Kolb settled in on the mound keeping limiting the damage to the one lone run with Greenville coming to the plate in the home half of the first.

The Wave got the run back with back-to-back 1-out doubles off the bats of Connor Mills and Warren Hartzell for a 1-1 score after one complete.

The teams played scoreless over the following three-innings before Fairborn dented the board for two fourth-inning runs to lead 3-1 in the top of the fifth.

The bottom of the inning had Keegan Honeyman leading off with an infield single to third, a Matthew Edwards single to center and a Ricky Heidrich walk loading the bases with no-outs. Mills reached with a run-scoring walk followed by a Hartzell grand slam home run giving the Wave a 6-3 lead with five-innings in the book.

Reed Hanes reached first by way of a hit batsman to lead off the bottom of the seventh bringing Hayden Bush to the plate for a walk-off triple to center plating Hanes with the winning run.

“Hayden Bush took one all the way to the fence and drove Reed Hanes in there from second,” Blumenstock said. “He needed it, he was due today. He doesn’t hit that direction a lot, he’s a straight pull-hitter most of the time and I’m proud of him. He’s been working on it and let it rip today.”

Hartzell pace Greenville at the plate going 2-4 with 5-RBIs and a run scored. Honeyman went 3-3 with a run and Mills was 1-2 with 2-walks, a RBI and 2-runs scored.

Alex Kolb scattered 9-hits over six strong innings on the mound giving up 2-earned runs, 3-walks while striking out six.

“Kolby came out and had a heck of a game for us,” Blumenstock said. “First inning they got a couple dink hits on us and got run. We came back and tied it up and then Kolby held them to zeros the next three innings. I can’t ask for much more.”

Hartzell was called on to get the team out of a seventh-inning bases loaded jam slamming the door on Fairborn with back-to-back strike outs keeping the score at 6-6 and earn the win with Greenville plating a run in the bottom of the seventh.

“Reed (Hanes) came out in relief and Warren Hartzell came in and shut them down,” stated Blumenstock, “then we came out and picked up the win at the end.”

Hartzel picked up the win in relief tossing the final two outs allowing no hits, no walks a striking out two.

Hartzell paced Greenville going 2-4 at the plate with 5-RBIs and a run scored. Keegan Honeyman went 3-3 with a run, Connor Mills was 1-2 with 2-walks, 1-RBI and 2-runs,

Bush went 1-3 with a walk and the winning RBI, Kolb and Alex Baumgardner went 1-3 at the plate, Edwards was 1-2, Heidrich was 1-4 with 2-walks and a run, Hanes had a walk and a run and Seth Delk scored a run.

“Proud of the kids the way they battled – fought hard,” Blumenstock concluded. “We have a lot of guys that are getting better every single day, and that is what we are striving for.” 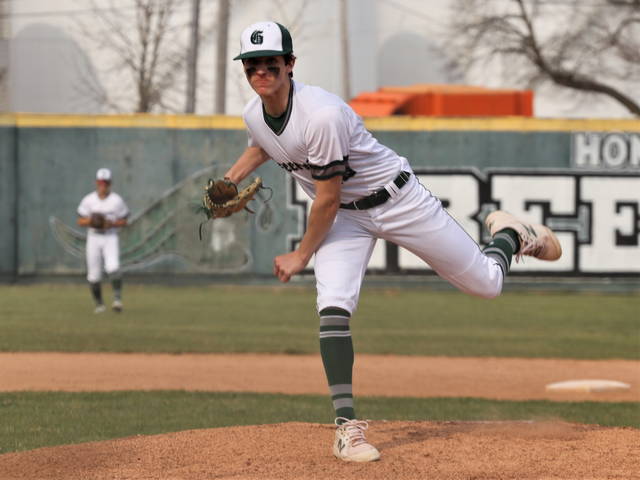 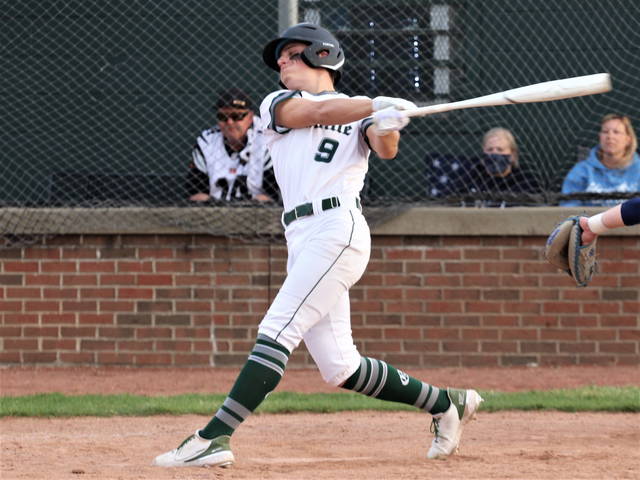 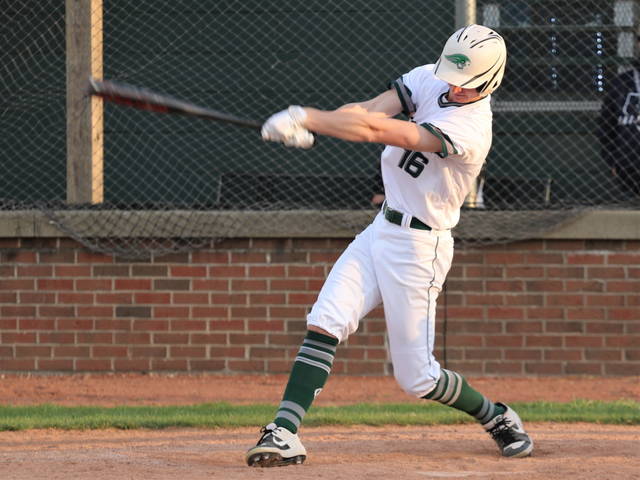 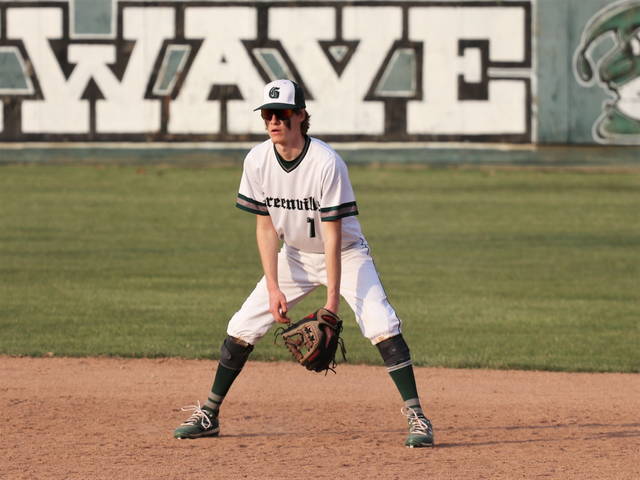 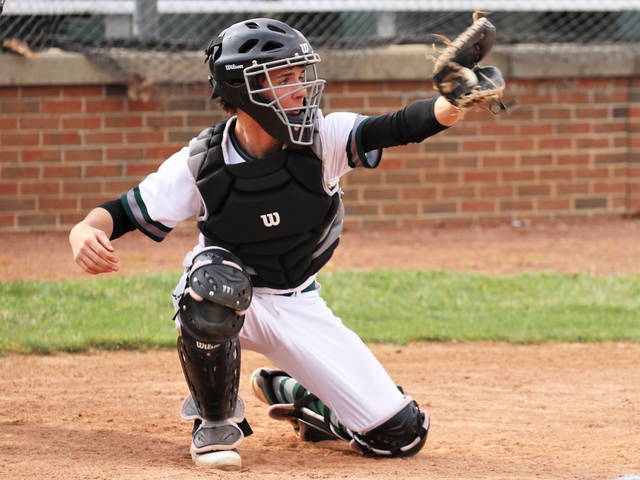 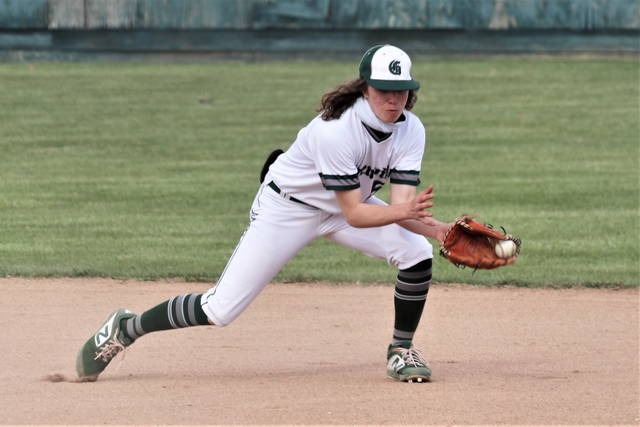