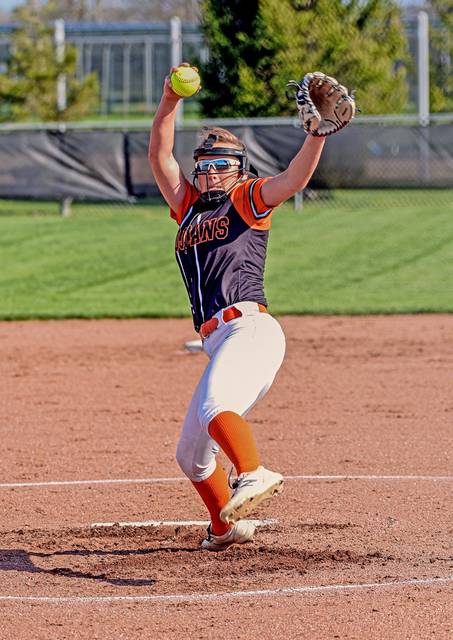 UNION CITY–The Arcanum girls softball team scored 6 runs in the 4th inning to break open a 2-0 game against Mississinawa Valley to go up 8-0. They went on to win Friday nights game 13-0 improving to 6-4 on the year and 4-0 in the Cross County Conference.

The Trojans are starting to hit their stride after a slow start early where they dropped a double header to No. 4 DII state ranked Brookville. They also fell to Eaton and lost a heartbreaker to Versailles.

Once Arcanum got the bats going against Mississinawa they didn’t let up finishing the final two innings strong scoring 11 runs.

“We’re starting to hit the ball really well with 8 home runs in the last 4 games and executing little things, like getting our bunts down when we need too,” Arcanum softball coach Mike Morris said.

“Tonight, we started a little slow, it was our first time seeing a left-hander and it took us a while to adjust,” Morris added.

Morris is pleased with the improvements the team is showing at the plate and talked about their defense as well.

“Defensively we have played well up the middle with second and short and that catch by our shortstop near the end of the game is a good example of the kinds of plays they have been making,” Morris praised.

On this night the defense got a solid pitching performance from Peyton Garbig going 4-innings and giving up just two hits. Ellie Siculan came on and pitched the final two innings without giving up a hit for the combined win.

“Peyton has been throwing well for us and is now 5-1 on the year. We started Ellie Fout at the beginning of the year and moved her to first base where we feel like it makes us abetter all-around team. Being able to call Ellie into the game late is a huge plus for us, just like she did tonight, we have a solid one-two punch on the mound,” Morris complimented.

It was a good night at the plate for a number of Trojans. Paige Burrell went 3-4 with two doubles and three Rbi’s, Peyton Garbig went 2-4 and 3 Rbi’s, Brookelyn Ullery was 2-3 with two stolen bases and two runs scored, Eva Siculan was 2-3 and 2 runs scored and Emilie Fout went a perfect 3-3 with 3 runs scored, 2 Rbi’s and 3 stolen bases.

Mississinawa Valley had just two hits one each from Jocelyn Hoggatt and Taylor Collins. Collins also recorded the loss pitching the entire game.

The Trojans will put their 4-0 mark in the CCC on the line when they travel to Bradford Tuesday night in a key league game. 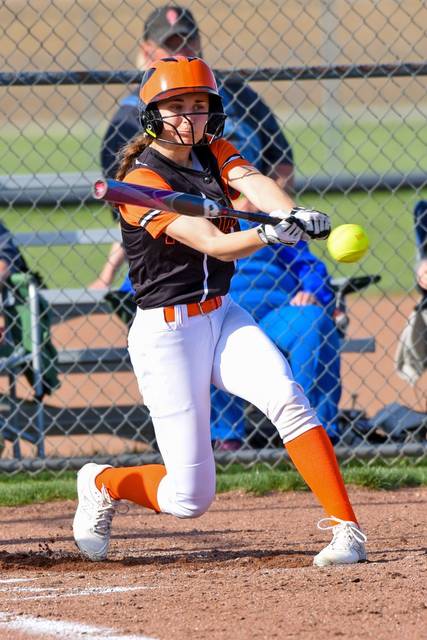 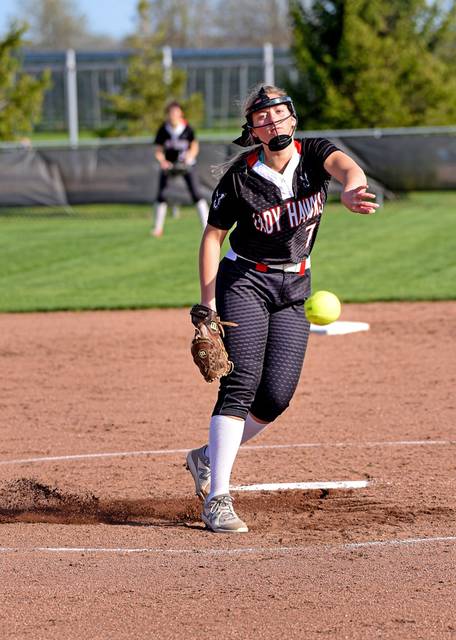 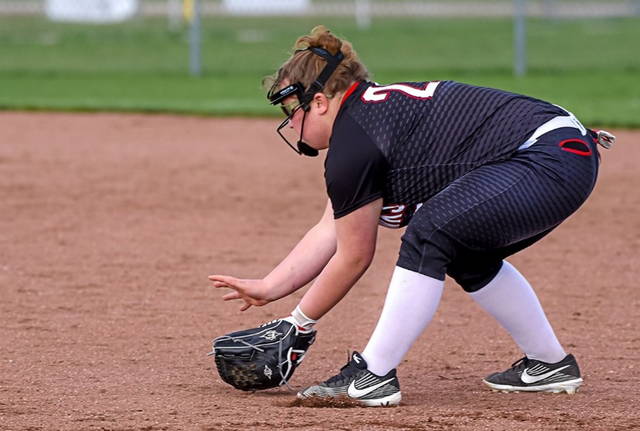 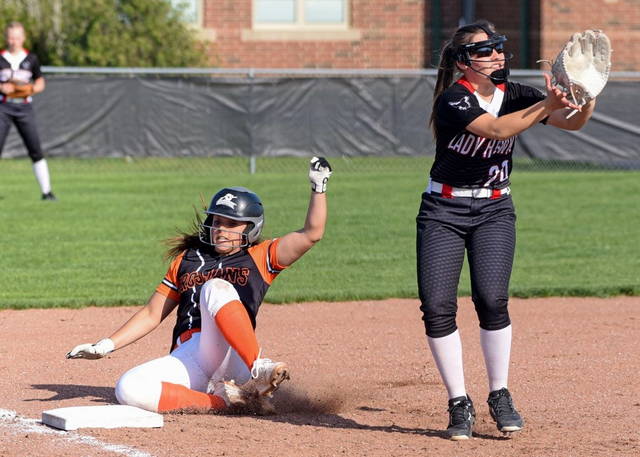 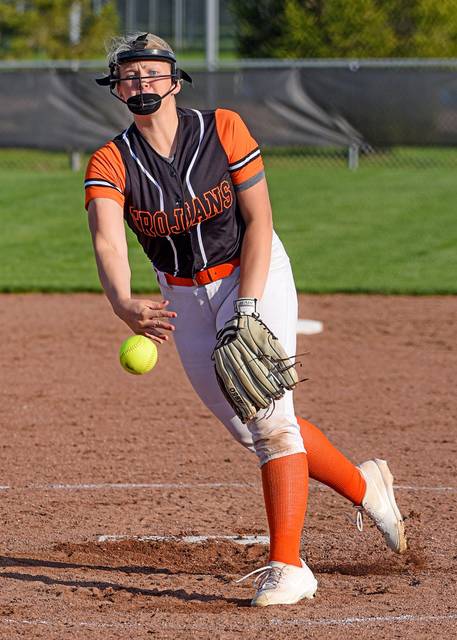 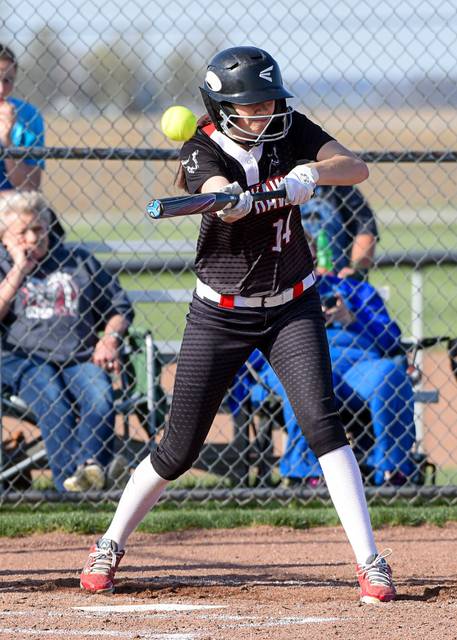 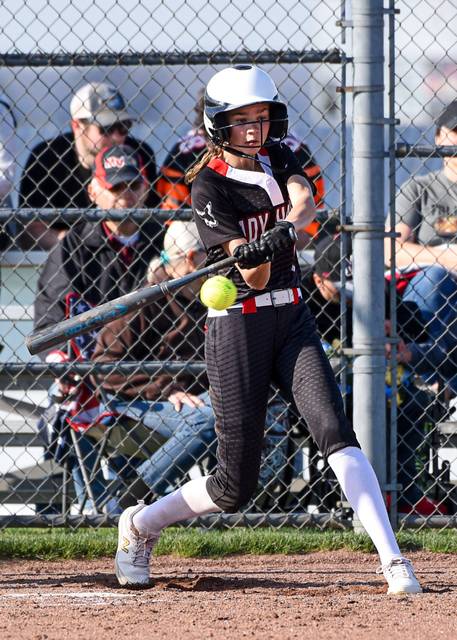 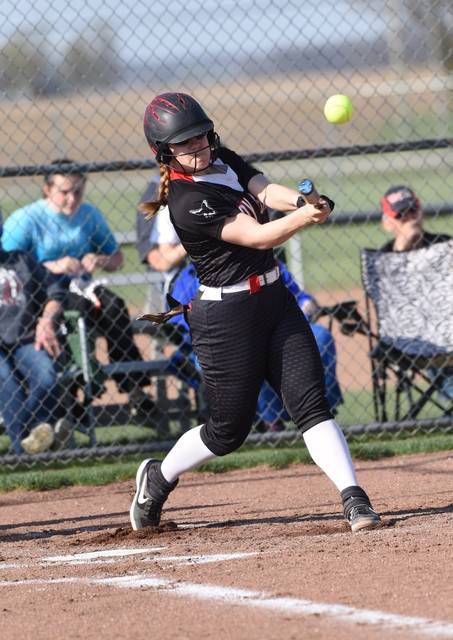 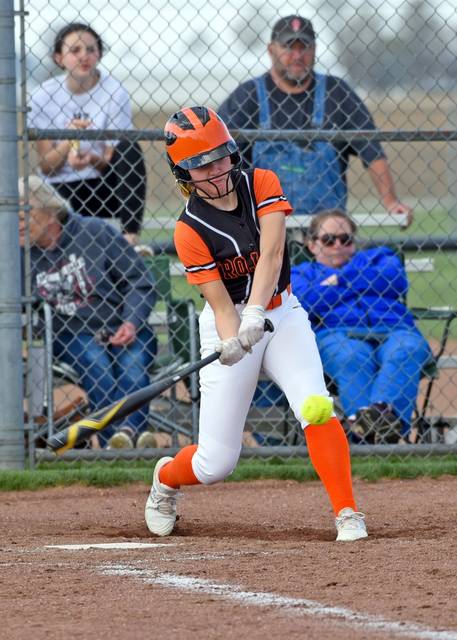