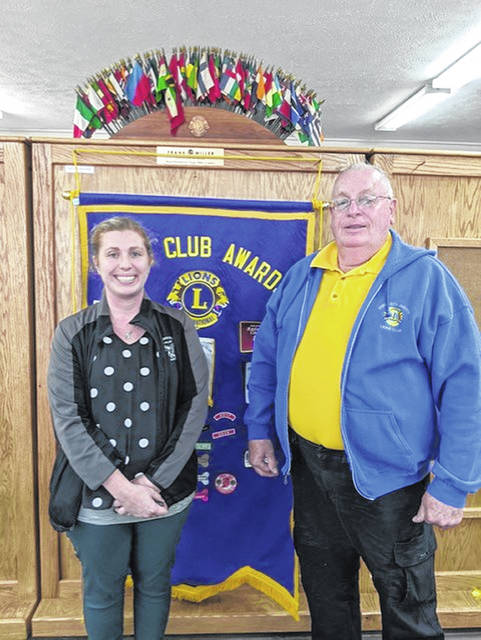 Reports were given on two successful events the past two weeks. There was a great turnout for the Lions Easter Egg Hunt on April 3 and the Spring Pancake Day on April 10 was a success as well. Ashley Austerman, art teacher at Mississinawa Valley schools, presented her plans for a large mural to be displayed in Union City. With the help of a grant, Austerman was able to get an artist associated with the Ohio State Arts Council to spend 100 days in her class this year helping students design and produce this mural. The project will include many scenes from around Union City. The plan is to produce the artwork on 5-by-10 metal sheets and place them together to form the mural. The mural will on the side of the railroad overpass on Deerfield Road close to Highway 571 in Union City, Ohio. Austerman said she is still in need of funding to complete the project and hoped to have the mural up by graduation this spring.