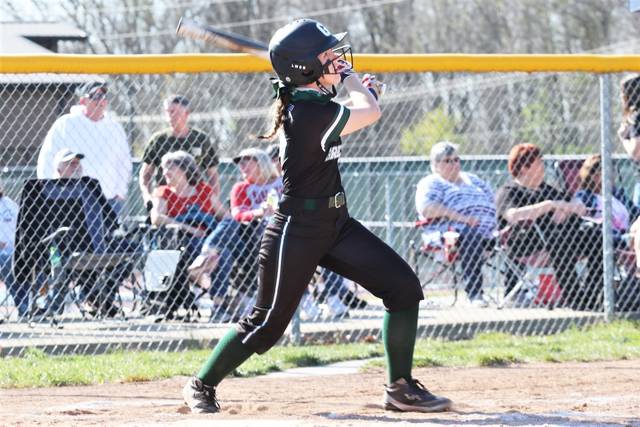 PIQUA – The Greenville Lady Wave continues to pile up run rule wins on the 2021 season with a 16-4 five-inning win over the home standing Piqua Lady Indians.

“Great day for Lady Wave softball,” said Greenville coach, Jerrod Newland. “Beautiful day to come on the road and get a win – More importantly today get win 20 which is a big statement for the program.”

The Lady Wave once again used the long ball in the MVL victory with sophomore Alaina Baughn drilling her league leading 9th home run of the season to give the Lady Wave a 2-0 lead after one-inning of play and LWSB junior, Susie Blocher drilling her 7th homer of the year good for second in the MVL with a solo shot over the leftfield fence.

“Come out here, Baughn hits one over and to the fence a few times and just a good day for the kids,” Newland said. “Susie got one too so just proud of everybody.”

The Greenville girls scored in each of the five-inning except for inning No. 2 going down in order to lead 2-0 after two complete.

“We scored in four of the five-innings,” said Newland. “Just fun to come out on the road and get a win.”

The Lady Wave added 4-runs in both the third and fourth innings to lead 10-0 with the Lady Indians coming to the plate in the bottom of the fourth to take advantage of several Wave blunders to plate 4-runs and send the game to the fifth with Greenville’s lead cut to 10-4.

“We didn’t make a play that inning,” Newland stated. “gave them a few extra outs and they score. The kids responded well.”

Greenville opened play in the top of the fifth with two quick outs, a popup to short and a line out to third before putting the game out of reach, all coming with two outs.

Savannah Leach doubled to center, advanced to third on passed ball and raced home on a wild pitch. Nyesha Wright walked, Baughn singled to right and Blocher drilled a RBI double to center.

Kylie Hamm was called on to pitch the fifth-inning with the Lady Indians going quietly 1-2-3 to keep Greenville perfect in MVL play with a 13-0 record while giving the team a 20-1 season record.

Grace Shaffer picked up her league leading 15th win of the season going 4.0 innings, allowing 4-hits, no walks and no earned runs while striking out seven. Hamm threw 1.0 inning in relief to earn the save allowing no hits, not walks, no runs and striking out one.

“Now 20-1, 13-0 in the league moving forward,” Newland said. “Big game tomorrow (Tuesday) at home against Piqua. It will be a totally different story and then home Wednesday for Senior Day for the two wonderful seniors (Grace Shaffer and Nyesha Wright).”

“We’re home Thursday for Lebanon so what a fun week ahead for Lady Wave Softball team sitting at 20-1,” Coach Newland concluded. 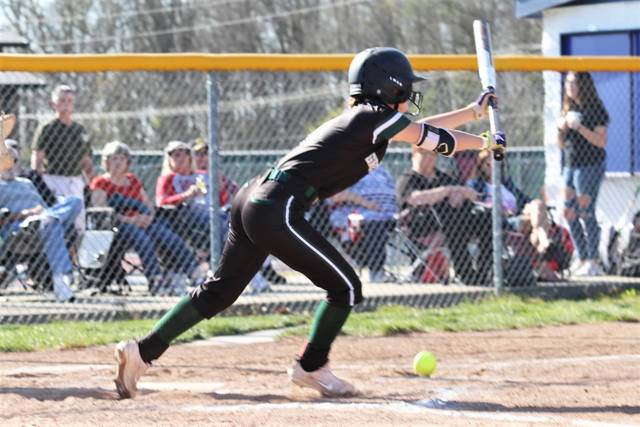 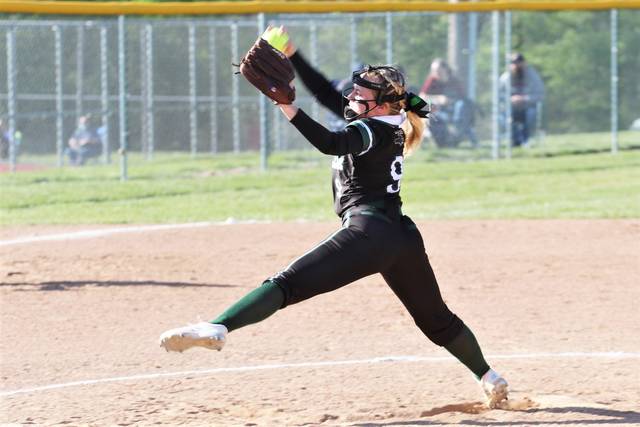 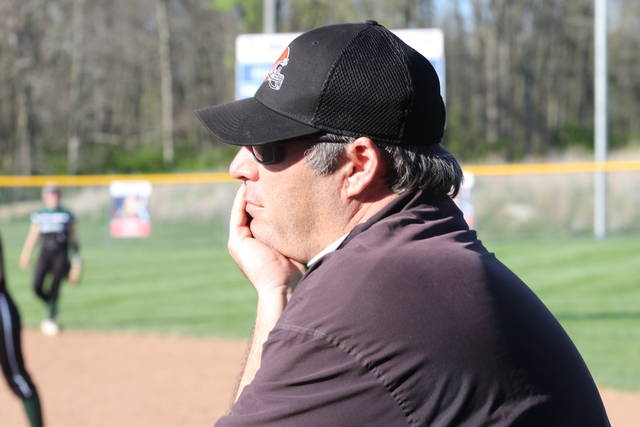 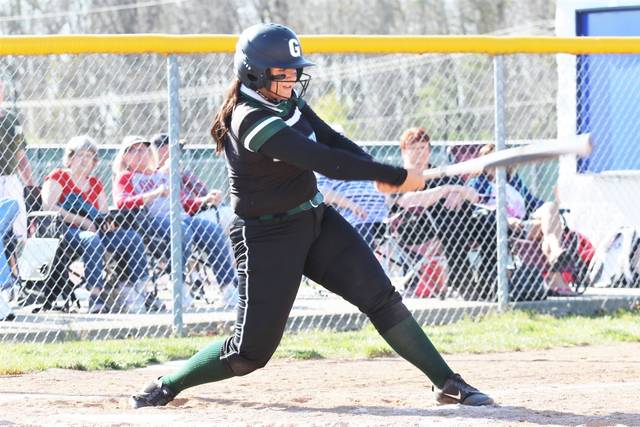 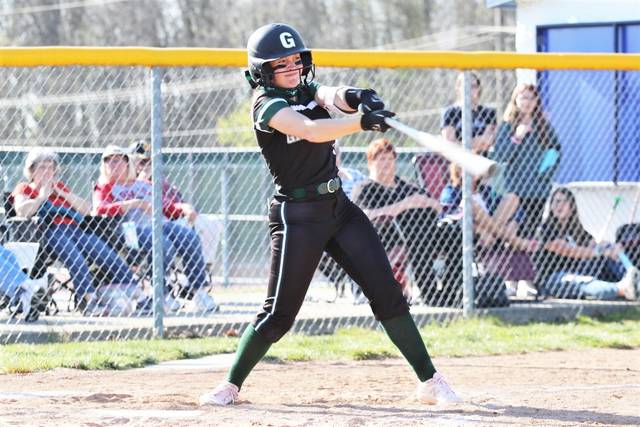 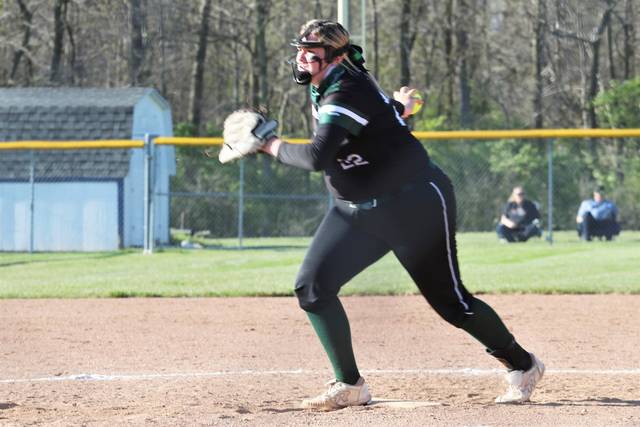 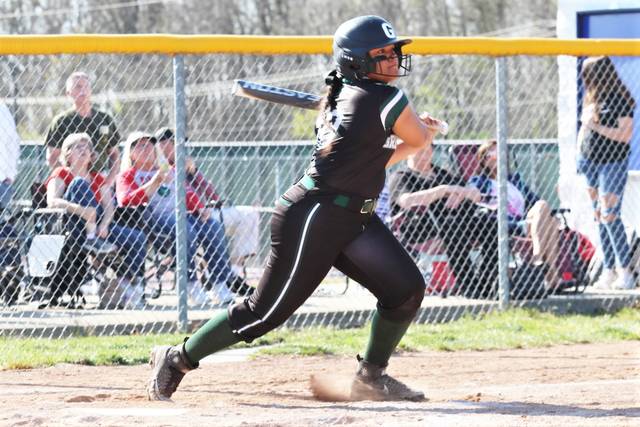 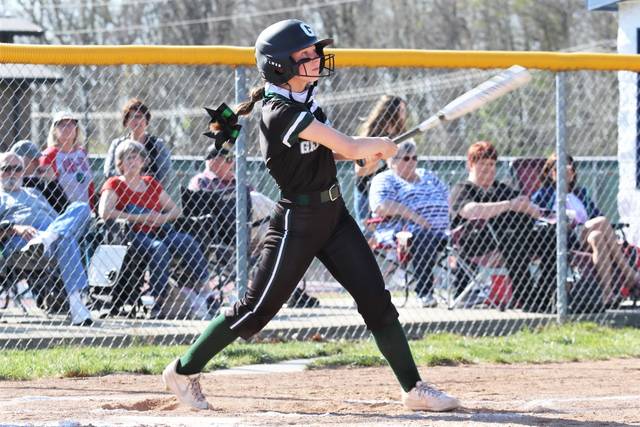 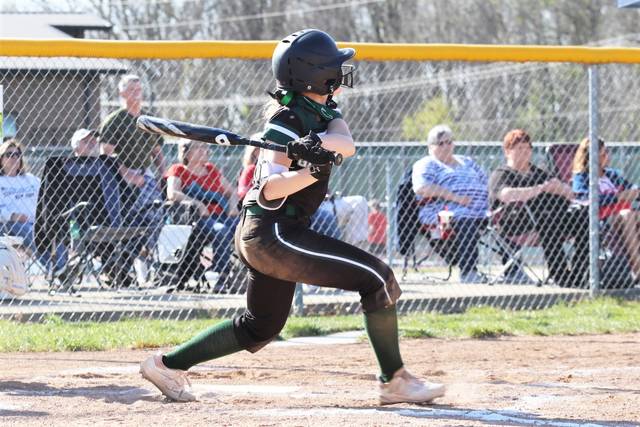 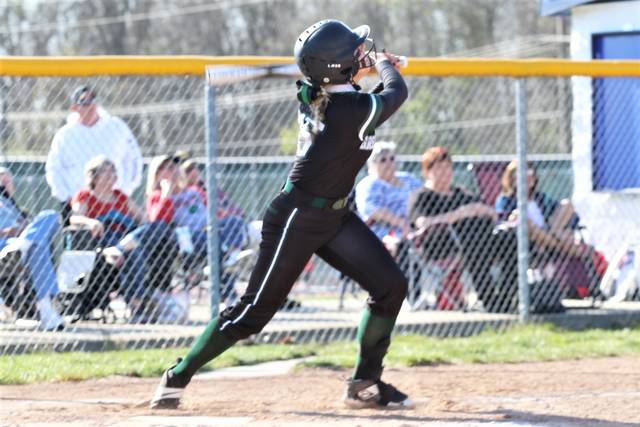