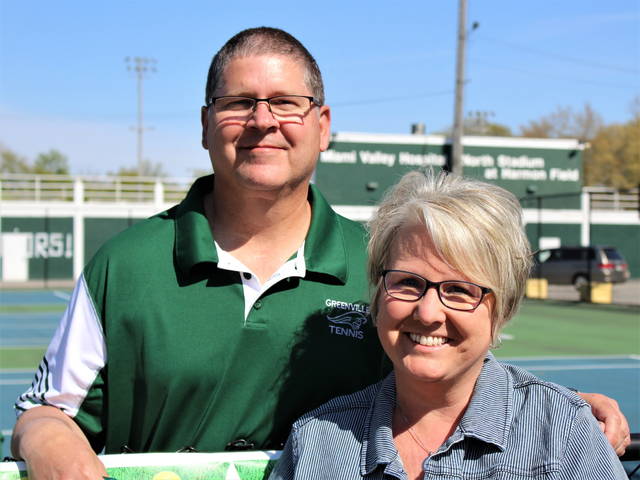 Coach Kiser, a 1981 Bradford graduate has given his time and talent to countless young boys and girls over his 32 year coaching career, a career with a modest beginning. When asked if he expected to win 350 he quickly replied, “nope – I didn’t think I would get 20.”

Coach Matix learned of Kiser’s knowledge of tennis through several of Kiser’s friends he had played tennis and softball with including Denny Martin and Roland Brinley.

“I was Fred’s daughter’s (Jana Matix) boyfriend at the time and he said we need somebody to coach tennis and we know you have played before,” noted Kiser. “Fred knew I had played tennis and I was teaching at Greenville so that winter he asked me…he told me, “hey, we need a tennis coach.”

“We had 13 or 14 fun kids and I did it that one year,” Kiser said of his first year of coaching. “I got a fulltime job at Ansonia so I said, “well I guess that is that” and winter came around again and now I was Fred’s son-in-law instead of his daughter’s boyfriend so it was – “hey, I know you’re at Ansonia but you’re not coaching anything this spring so do you want to do this again,” and I said, “that was fun, I’ll do it again, so here we are.”

Coach Kiser has been acknowledged by colleagues for his leadership in coaching with the President’s Award on multiple occasions and received the Ohio High School Athletic Association’s (OHSAA) Sportsmanship Integrity Award in 2008 thus confirming his role goes beyond the game of tennis.

“There are two things we are talking about here – longevity and achievement,” said Greenville High School Principal, Stanly Hughes. “When you put both of those things together it builds a great program. That is what we have here, a great program with a great coach.”

Kiser has led the Green Wave tennis program to four league titles over his 31 year career.

The first season was a good year for Coach Kiser, one that has kept him coming back year after year.

“I had great kids that first year,” Kiser noted. “Dr. Dean, the dentist over here was first singles. Mason Middlestetter’s dad Matt was my second singles, Nick Parera has the twin boys here was third singles, Dustin Leis, Michael Mosley and Scott Wills was in that group.”

“After the first three years we started getting on a role and the kids got their friends out,” added Kiser. “We had a lot of soccer players at the time and they would get their soccer friends. They played soccer in the fall and in the winter they would go to the Y or some clubs and play some tennis, so it worked out really well.” 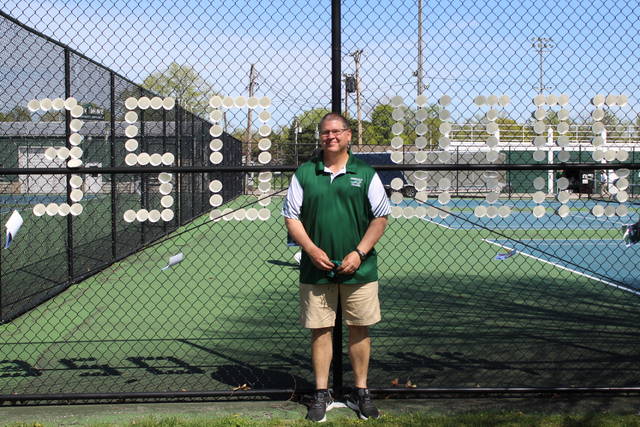 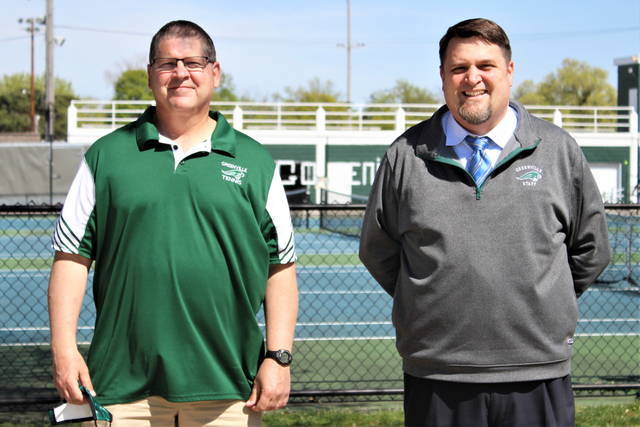