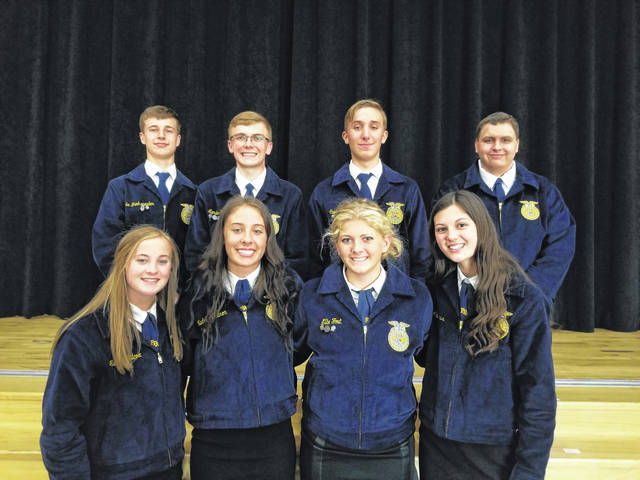 ARCANUM —The Arcanum MVCTC FFA held its annual banquet April 25, to celebrate accomplishments the FFA members accumulated over the past year.

The first sets of awards were given to members who participated in Career Development Events (CDE) this past year. President Landon Haney and the rest of the officer team first recognized teams that competed last school year after the FFA Banquet.

The first CDE recognized were those from the 2019-20 school year including those finishing in the top 10 in the state of Ohio. Specifically placing sixth for Ag Technology and Mechanical Systems, sixth for Grain Merchandising, fourth for Farm Business Management and sixth for Ag Mechanics Skills.

The ATMS Team placed 10th in the state. The public speakers for Arcanum are Emilie Fout and Katie Sharp in Creed Speaking. Zoe Monnin and Anna Loxley competed in the Extemporaneous Speaking Contest.

Chapter Advisor Brian Pohlman presented the top awards for the evening. Isaac Smith was recognized as an Ohio FFA State Proficiency Finalist in the area of Fiber and/or Oil Crop Production. Isaac will learn his final placing during the State FFA Convention.