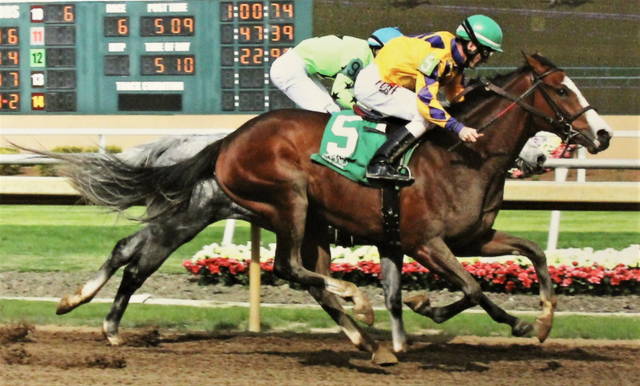 GREENVILLE – Don and Pepper Wright, owners of What Now Charlie and Quick and Easy recently accomplished a first for the horse racing couple from Greenville.

In 20 years of horse racing, Wright has twice had first time starter winners coming 10 years apart until Quick and Easy accomplished the feat this April 27th and What Now Charlie did the same the following day, April 28th at Indiana Grand Racing and Casino in Shelbyville, Indian.

“What makes this so rare,” said Wright, “is full brother and sister, have the same owner, same breeding and the same trainer.”

Quick and Easy won the 6th race, a Maiden Special Weight race for Fillies aged three years and above with a purse of $35,000. Going off at 17-1 completed the 5-1/2 Furlongs on a fast dirt surface finishing ahead of Little Maemi, the odds on favorite running at 3-2.

Quick and Easy, owned by Don R. and Pepper Wright was ridden by Rodney Prescott and is trained by Joseph Davis. The 3 year old filly out of Wife in the Wind was sired by What Now.

What now Charlie won the 5th race, a Maiden Special Weight race for all horses aged 3 years and above with a purse of $35,000. Going off at 2-1 completed the 5-1/2 furlongs on a good dirt surface finished ahead of Jeff the Runner.

What Now Charlie, owned by Wright, Don R. and Wright, Pepper was ridden by Fernando De La Cruz is trained by Joseph Davis. The four year old gelding out of Wife in the Wind was sired by What Now and won by four lengths.

What Now Charlie is named for Wrights friend of 35 years, Charlie James. “The horse was named well – has a mind of its own,” said Wright.

“That was a pretty good one,” Wright said of his two day winnings. “I had one other day when I won two races on the same day.”

The 87 year old Wright still enjoys racing but looks to start winding down over the next few years. Wright has sold all his mares and only has one yearling remaining at his Greenville farm and five running at Indiana Grand.

“When I run out of horses I quit,” said Wright. “That could be another three or four years.”

“To become a millionaire at horse racing you have to start with a billion dollars,” Wright said with a chuckle. “I have tried to break even over the years and I have because the race is full liars, thieves and crooks – and that is what I like about it. I need some action of some kind and this is what I came up with.” 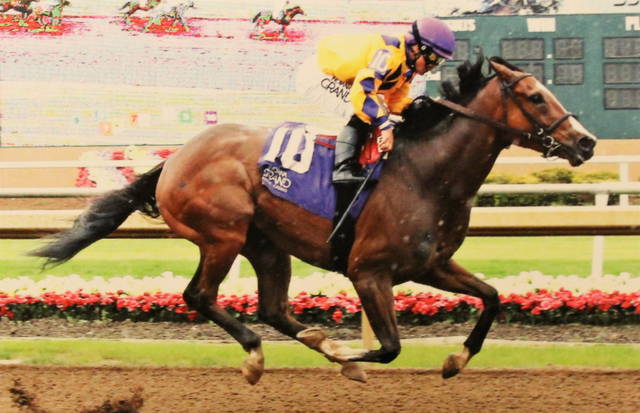