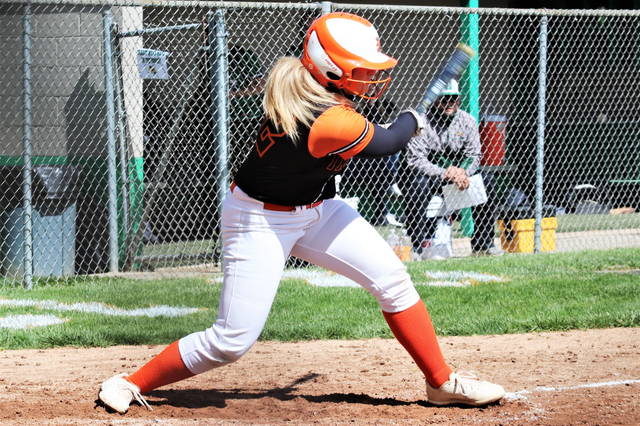 NEW PARIS – The Arcanum Lady Trojans rode the bats of the Fout sisters; junior Ellie and freshman Emilie to a 11-0 non-conference win over the National Trail Lady Blazers.

Ellie crushed her fourth home run in as many games, a rocket over the left-centerfield fence to give the hard hitting junior a home run in each of her last four games.

“I have never had a kid hit a home run in four straight games,” said veteran coach Mike Morris, owner of 136 wins in eight seasons as a head varsity coach. “Nobody has done something like that.”

“She is just in a groove right now – she’s hot,” Morris continued. “Hopefully she can keep it going tonight in tournament play.”

The Lady Trojans started slow at the plate with the teams playing to a 0-0 standoff after two-innings of play.

“They threw a solid pitcher at us,” Coach Morris said of the Lady Trojans slow offensive start. “It just took us a while to get her timed up. We hit it – they were all right at them at first.”

Arcanum put single runs on the board in innings three, four and five to lead 3-0 after five complete and added three runs in the top of the sixth to lead 6-0 with six-innings in the book.

The Lady Trojans put the game away with five runs in the top of the seventh while keeping the Lady Blazers off the board in the bottom of the inning to earn to double digit shutout victory.

Emilie Fout was 3-4 on the night while holding down the starting shortstop position for the Lady Trojans.

With the win Arcanum improves to 19-6 on the season along with a CCC league championship 12-0 mark.

The No. 2 seed Arcanum Lady Trojans take on No. 10 seed Middletown Madison, 7-4 first round tournament winners over Dixie. 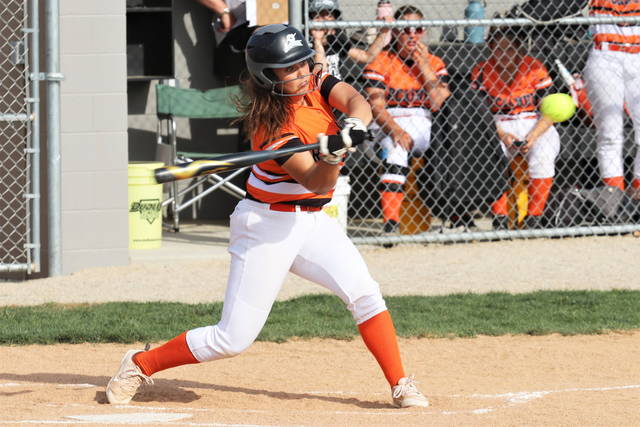