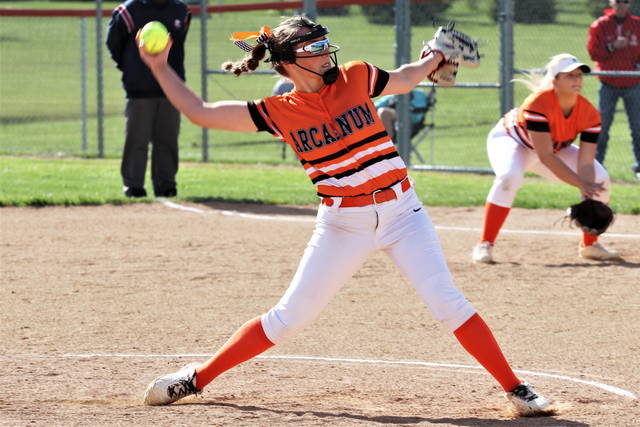 ARCANUM – The Arcanum Lady Trojans came charging back from a two-run deficit to defeat the Middletown Madison Lady Mohawks by a 13-3 run rule score to advance in OHSAA DIII tournament action.

“Another team win,” said Arcanum coach, Mike Morris. “When we turn it on – and we can turn it on that’s for sure.”

The Lady Mohawks took advantage of an error and a home run to plate two-runs in the top of the first-inning before Arcanum took its first swing at the plate to lead 2-0 with the Lady Trojans coming to bat in their half of the opening inning.

“That had me a little nervous there,” Morris said of the 2-run deficit to start the game. “Waiting around – we took infield early because that’s what we have to do in tournament and then we waited around for 40 minutes. The more we wait the more I’m getting worried that we’re losing focus but we hung in there.”

Arcanum leadoff hitter, Paige Burrell took first by way of a hit batsman and scored all the way from first on a routine fly ball made possible by several Madison errors on the play to make it a 2-1 Mohawks lead.

Peyton Garbig batting in the three-hole ripped a single bringing the hot-hitting Ellie Fout to the plate to drill a two-run shot over the right-centerfield fence extending the Arcanum junior’s consecutive home run game streak to five straight games and give the Lady Trojans a 3-2 lead after one complete.

“Ellie’s closing in on the RBI record for the school,” said Morris. “Hopefully she can get that our next game.”

Middletown plated a run in the top of the fourth-inning to knot the score at 3-3 in what would prove to be the last run of the game for the Lady Mohawks.

“We scouted them two weeks ago and I thought maybe it was going to be an easier game,” Morris stated. “When they came out warming up, I was ut-oh. They came to play so it wasn’t the same team I saw a couple weeks ago.”

Arcanum broke the game wide open in the bottom of the fourth plating six-runs to lead 9-3 after four and earned the run rule victory plating four-runs in the sixth with Emilie Fout sending the final run home with a bases loaded “hit by pitch” to advance the Lady Trojans in tournament play with a 13-3 six-inning victory.

The Arcanum Lady Trojans advance in tournament action and will face Indian Lake, Monday, May 17 at Versailles High School with a 5 p.m. start time. 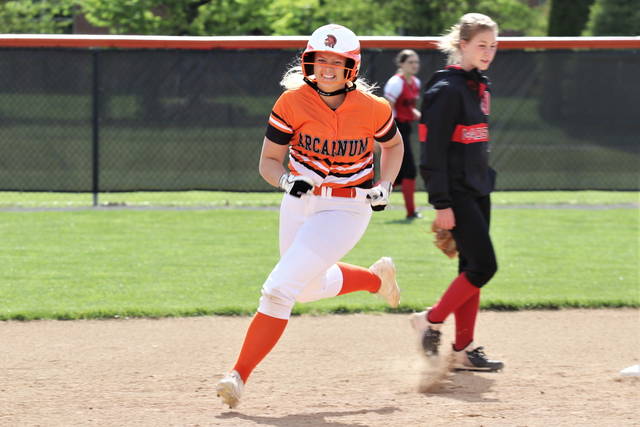 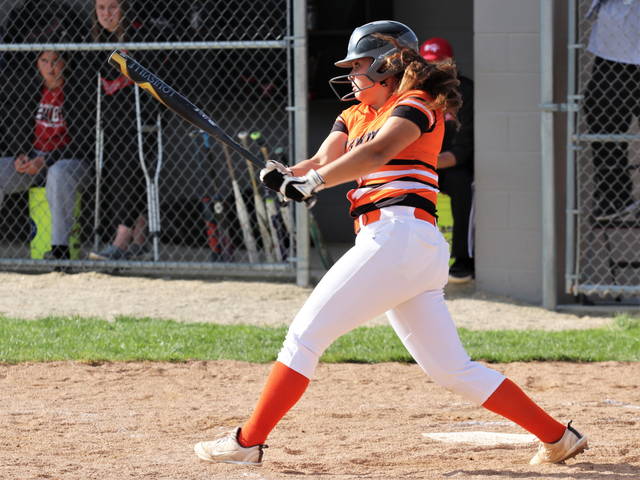 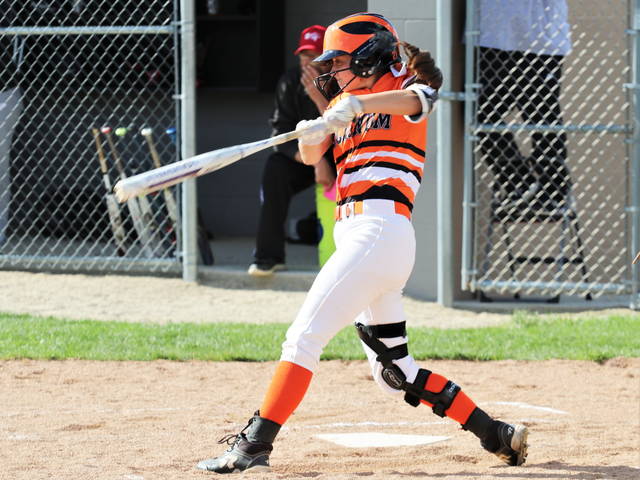 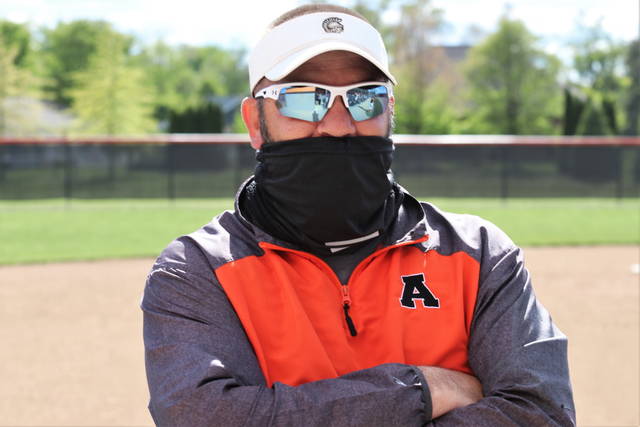 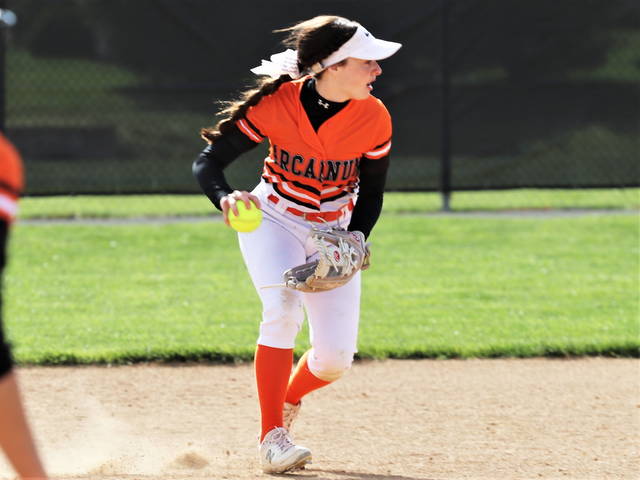 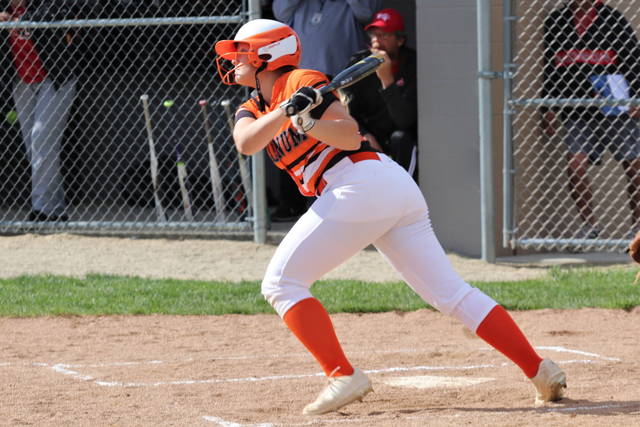