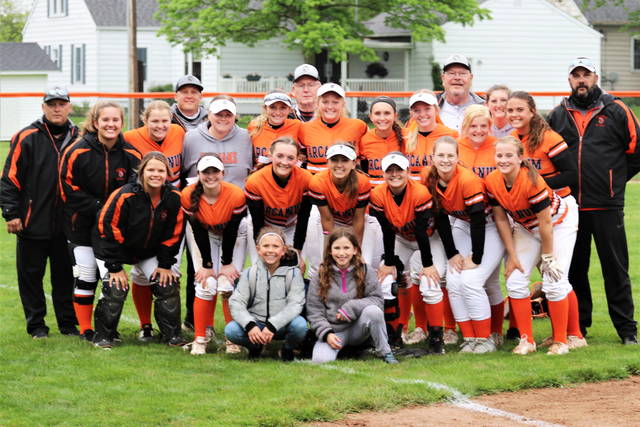 VERSAILLES – The Arcanum Lady Trojans rode the bats of the home run hitting Fout sisters and the arm of Peyton Garbig to defeat the Indian Lake Lady Lakers 5-2 to earn a 2021 OHSAA DIII Sectional Championship in a steady rain stretching from the opening pitch to the final out.

“This was our fouth game we played in the rain this year so we knew we could play in it,” said Arcanum coach, Mike Morris. “We were here, we were ready to go, the team was ready to roll so we said lets go.”

Arcanum junior, Ellie Fout continued her torid home run hitting, tying the state’s longest girls sfotball consecutive game with a homer at seven games with a first inning 2-out 2-run line drive rocket over the left-center fence to give the Lady Trojans a 2-0 lead after one-inning of play.

“First inning seven straight,” Morris noted. “Ellie has eight for the season. She’s been doing it in the first-inning so she has been getting us going. We scored all of our runs with two outs tonight. She’s on a roll. She’s just a great kid, a great leader, she has fire in her, she gets us going that’s for sure.”

“Emilie is our leading hitter on our team this year, batting average and all that,” said Morris. “We’ve had her down there in that nine-hole. People think it’s that nine-hole hitter, they’re going to give her good pitches and she gets them. She takes advantage of it and it was good to see her get one tonight too.”

Garbig knocked a run-scoring single to closeout the Lady Trojans second-inning scoring sending the teams to the third-inning with Arcanum leading 5-0 after two complete.

The Lady Lakers battled back with 2-runs in the top of the third to trail 5-2 for a score that would stand up for the final tally of the night and advance the Lady Trojans to the DIII district championship game.

Garbig went the distance in the circle allowing 6-hits, 4-walks while striking out eight.

“Peyton has been helping herself with her bat,” said Morris. “Pitching wise – can’t complain. Eight strikeouts in this rainy weather so when she’s on she’s on. She had a couple hits tonight, she has been seing the ball well. She had a home run last week in our final regular season game.”

McCans was 2-3 with a double and a triple, Garbig went 2-3 including a double and a RBI and Ellie and Emilie each had 2-RBI’s on the night for the Lady Trojans.

The No. 2 seed Arcanum Lady Trojans play the No. 1 seed Williamsburg Lady Wildcats, 18-0 Monday night winners over Norwood in the district finals this Thursday at Northmont High School with a 5 p.m. start time. 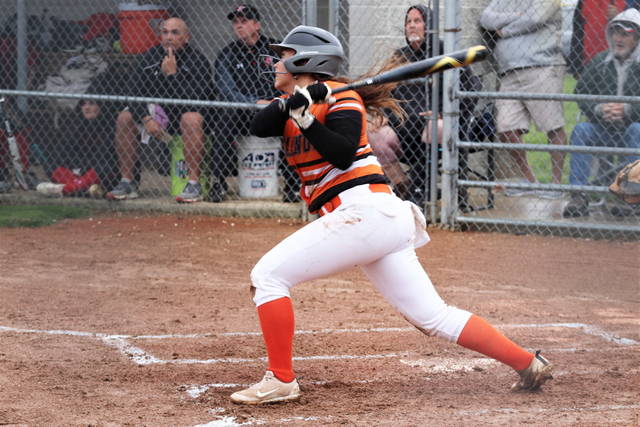 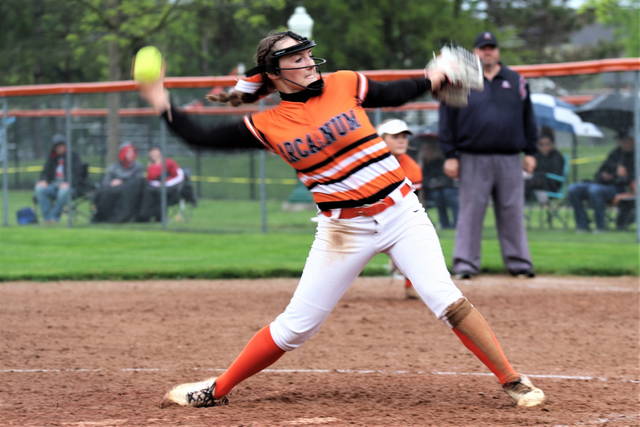 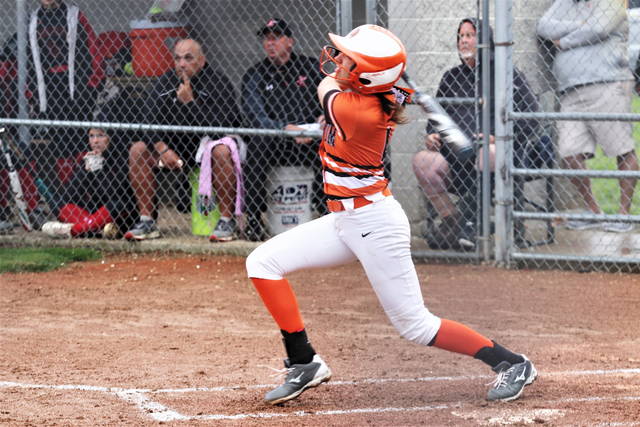 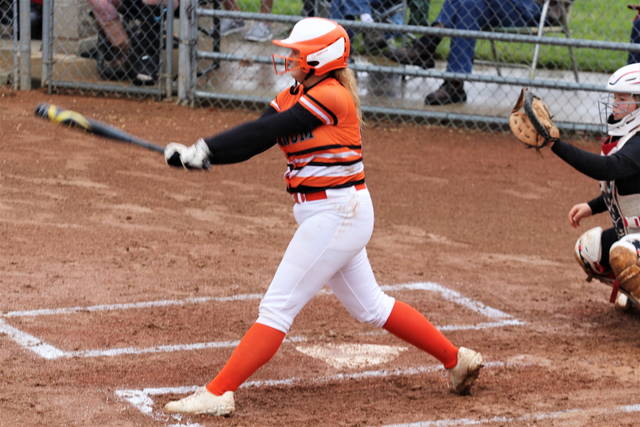