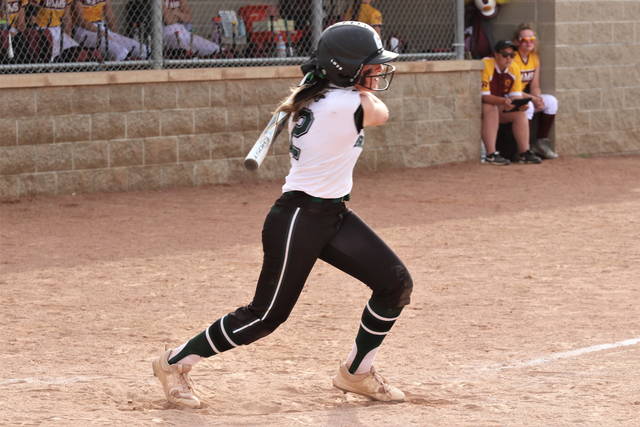 “We just come out stroking,” said veteran Greenville coach Jerrod Newland. “To win the district title 13 of the last 15 years that’s pretty good. Gold is still worth more in our current economic market.”

“Love the kids,” continued Newland. “You look out here, 10 (Nyesha Wright) is the best player on the field today. Ny out here, Ny goes we go and she’s running the show. Grace (Shaffer), goodness gracious. Two great seniors, couldn’t do anything better those two.”

The Lady Wave dominated all facets of the game led by seniors No. 10 Nyesha Wright and No. 9 Grace Shaffer with Greenville pounding out 14-hits while Shaffer was taking advantage of flawless team defense in allowing just three hits to go the distance on the mound.

Wright took advantage of a “second chance” at the plate following a dropped popup in foul territory to stroke a one-out two-run single to right making it a 3-0 game.

“You can’t give good teams extra outs,” said Newland. “Ross didn’t make a ton of mistakes but we capitalized on every one of them.”

The speedy Wright singled, took second on a wild pitch and raced home on a run scoring Baughn double to lead 5-0 after four.

Inning No. 6 saw the Lady Wave push three-runs across to lead 8-0 with a Wright leadoff walk and back-to-back Baughn and Susie Blocher singles to load the bases with no outs.

Wright put an exclamation point on the game crushing a seventh-inning line drive home run deep over the centerfield fence to give Greenville a 9-0 lead with the Lady Rams coming to the plate for its final at-bat.

Shaffer and Company quickly set Ross down in order earning the Lady Wave another Gold Medal – its 13th in 15 seasons.

“They go, we go,” Newland said of his two lone seniors. “Grace is 46-3 in her high school career on the mound. She’s won three Gold Medals, it’s just amazing. Ny runs the show in centerfield, she controls the field, she bats first for a reason, she runs the show out there, everybody knows Ny’s on the field.”

When Wright was asked if the ball looked like a beach ball coming at her at the plate, the senior power hitter quipped, “Looked like a Gold Medal to me. Just got locked and loaded.”

Shaffer went the distance allowing no runs on 3-hits, all singles, 2-walks while striking out two.

“Throwing what I normally throw,” Shaffer said of her game plan. “The defense helped me a lot – our defense made no errors.”

Wright reached in all five plate appearances going 3-3 with 2-walks, 3-RBIs and 4-runs scored; Leach was a perfect 4-4 with a RBI and a run and Baughn went 4-5 with 2-RBIs.

Blocher went 2-4, Beavins was 1-3 with a run; Zimmer scored a run; Fletcher plated a RBI and courtesy runners Skylar Bryson and Saige Fellers each scored a run.

“I am just so proud of the kids, the program, the community and what Greenville City Schools has to offer for us,” Coach Newland stated. “We are rolling into Regional Week – that’s the bottom line.” 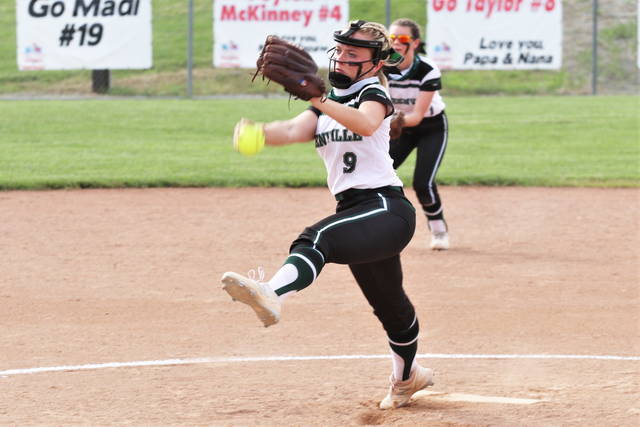 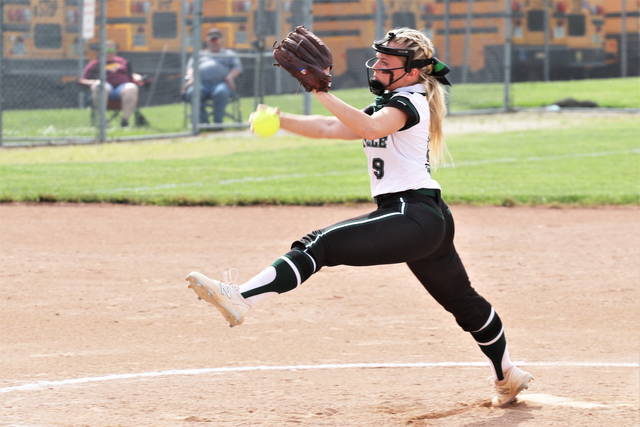 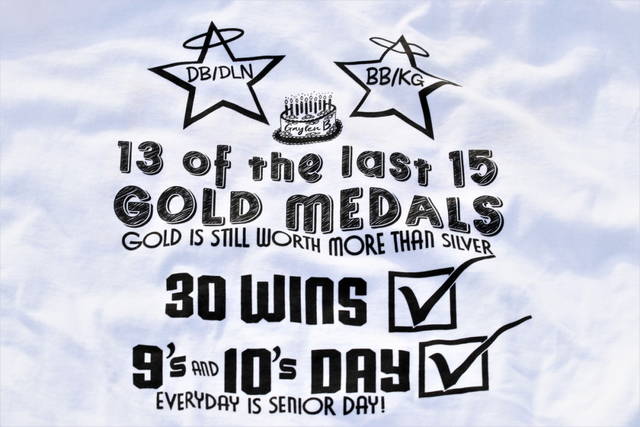 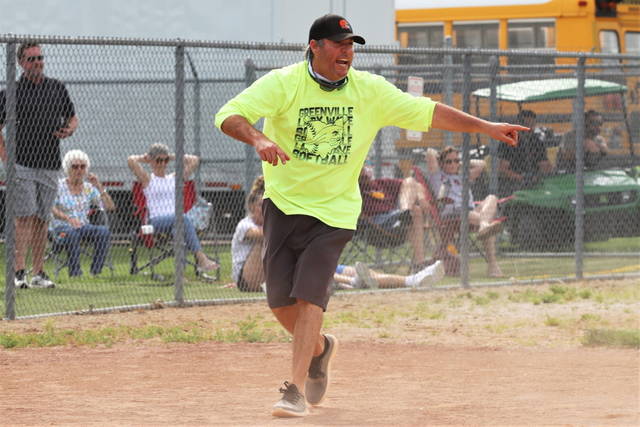 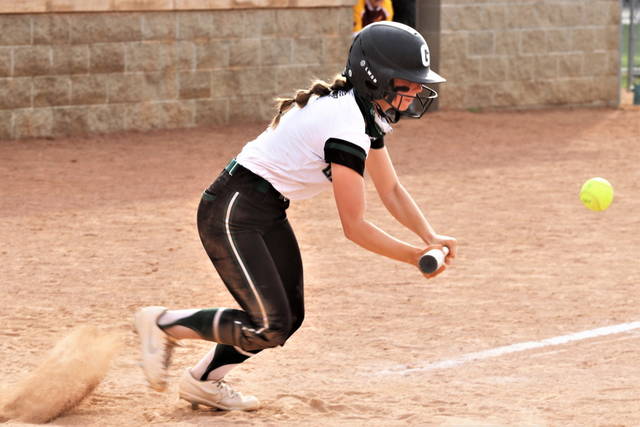 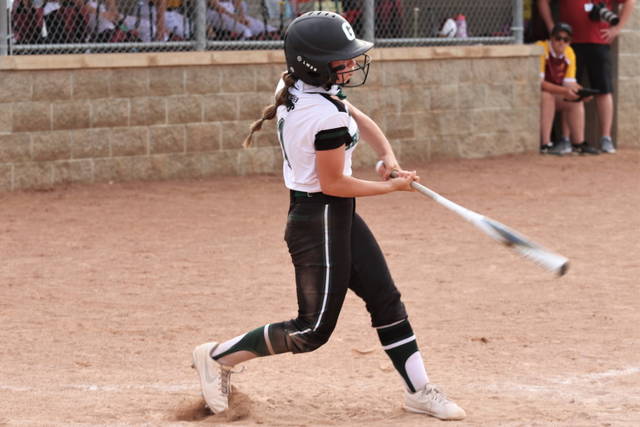 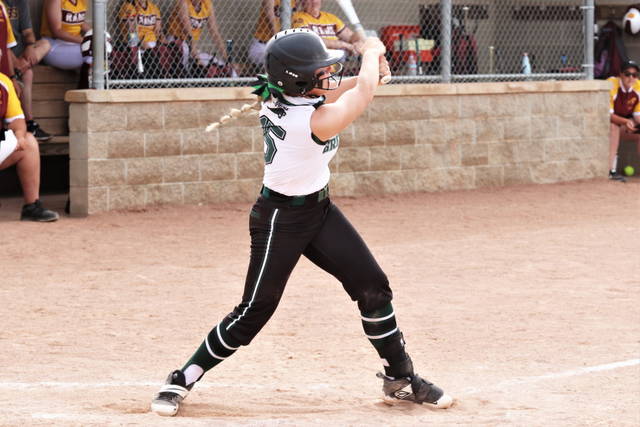 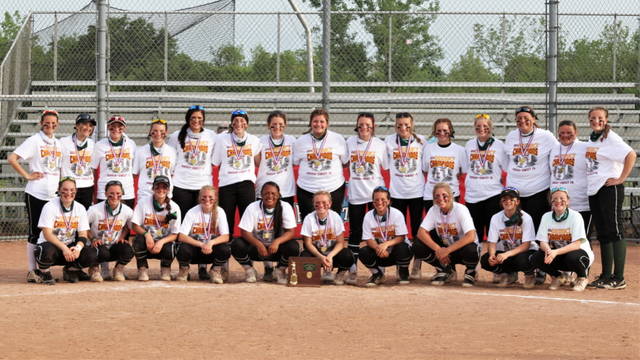 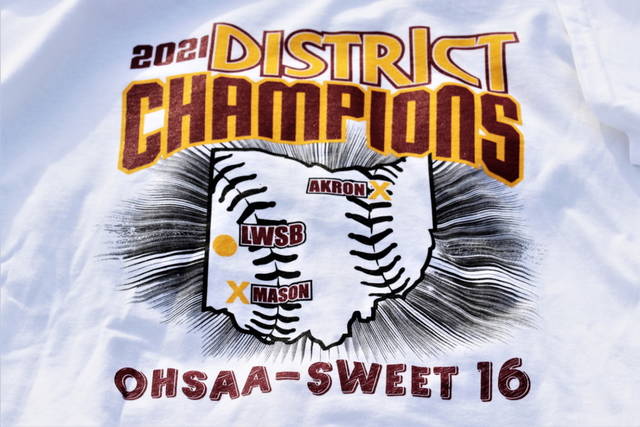 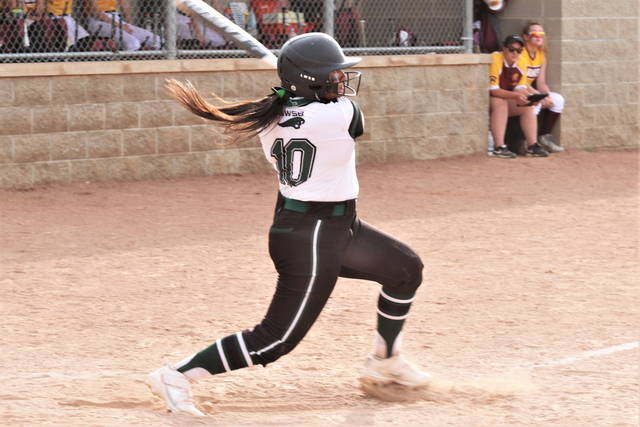 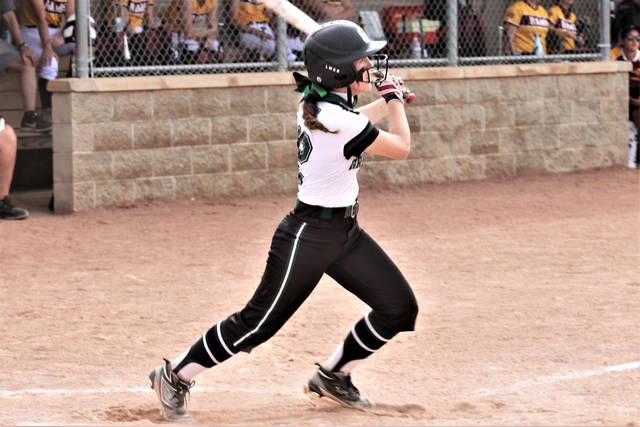