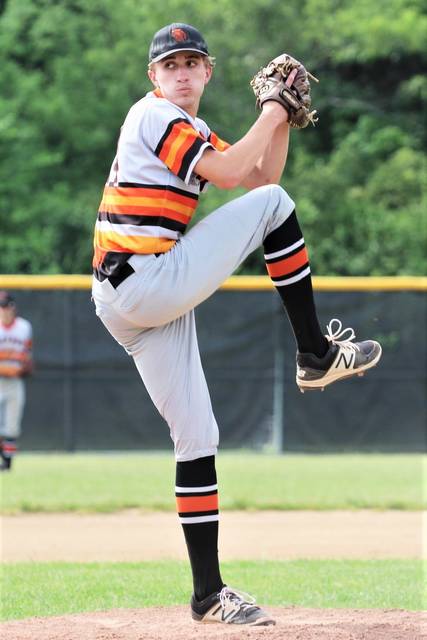 EATON – The Arcanum Trojans stunned the undefeated the Mechanicsburg Indians 5-3 in an OHSAA D-III Sectional Championship tounament win over the Champaign County school.

“Being undefeated like they were and ranked in the state like that – you put pressure on teams and they start feeling it – we did it early,” said veteran Arcanum coach, Randy Baker. “They are a very, very good ball club, they are very well coached, just one of those games – that’s baseball.”

Batting first to open the game as the visiting team, Arcanum’s Dan Albright drilled a leadoff single to left followed by a misplayed hard grounder to short off the bat of Logan Stastny and a 2-run Jaxson Christ double to right giving the Trojans 2-0 lead before the state ranked Indians had a turn at the plate.

“That was a good start for us,” Baker said. “Albright gets on, Stastny gets on and then boom – get two runs right there off the bat and I think it was a little shell shock right off the bat for Mechanicsburg.”

Mechanicsburg left the bases loading in its half of the opening inning with Carter Rhodehamel running down a flyball to rightfield for the final out of the inning.

Arcanum left the bases loaded in the top of the second after a Rhodehamel leadoff single to right and back-to-back two-out walks to Albright and Stasny.

Mechanicsburg played up to its billing as one of the state’s best teams battling back to even the score at 2-2 in the bottom half of the third.

“Brody Williams made a heck of a play at first base to schoop one out to get the third out of an inning,” Baker noted. “That was huge for us.”

Unfazed, the Trojans plated 2-runs in the top of the fourth with a one-out double to left off the bat of Bryson Sharp and back-to-back walks to Baker and Albright loading the bases bringing a pitching change from Mechanicsburg.

A fly ball to center had Arcanum looking at bases loaded and 2-outs bringing Christ to the plate to belt a 2-run single to right giving the Trojans a 4-2 lead and Christ’s fourth RBI of the game.

“He is our three-hole hitter and did an excellent job,” Baker said of Christ. “He drove the ball.”

Williams led off Arcanum’s fifth-inning with a single to right and moved to second on a Todd 1-3 sacrifice bunt, a Burk infield single and a RBI fielder’s choice by Rhodelhamel for a 5-2 lead.

Mechanicsburg would send five-batters to the plate in the fourth and six-hitters in the fifth leaving the bases loaded in the bottom of the fifth with Todd throwing an inning-ending strikeout to preserve the Trojans 5-2 lead.

“I was going to go get Logan in the fifth,” said Baker. “He told me he wanted it and then he walked the first guy and another one got on so I went out and told him, you wanted this now let’s get out of it and he did. He got out of that inning and it was huge for us.”

Coach Baker called Christ to the mound in the bottom of the sixth with the Arcanum righty quickly setting the Indians down in order sending the game to the seventh-inning of play.

The Trojans went 1-2-3 in the top of the seventh bringing Mechanicsburg to the plate with one final opportunity to keep its perfect season alive.

The Indians made it interesting plating a run to trail 5-3 and left the bases loaded with Christ throwing a strikeout for the final out giving the Arcanum Trojans a 5-3 upset win over the Mechanicsburg Indians.

Logan Todd earned the win with five-innings of work and Jaxson Christ picked up the save with two-innings on the mound.

“We played solid defense behind Logan and Jaxson,” said Baker. “We talked about the only team that beats us is ourselves. If we don’t make mistakes we’re in every game.”

“I am very proud of the boys,” Coach Baker concluded. “It just goes to show hard work pays off.”

Arcanum will play Cincinatti Country Day Wednesday, May 26 in the District Championship game at Dayton Christian High School with a 5 p.m. start time. 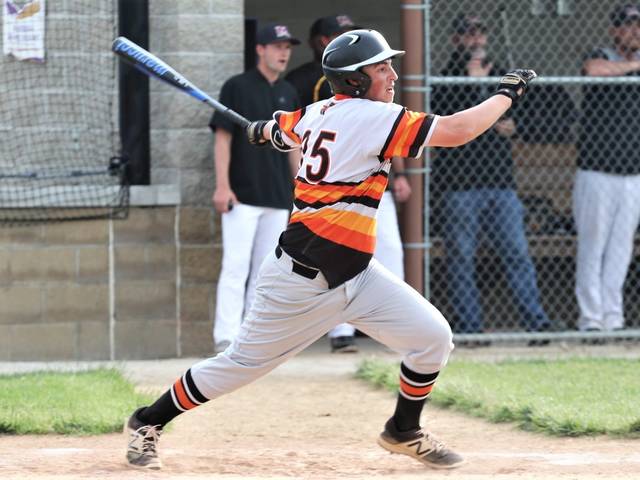 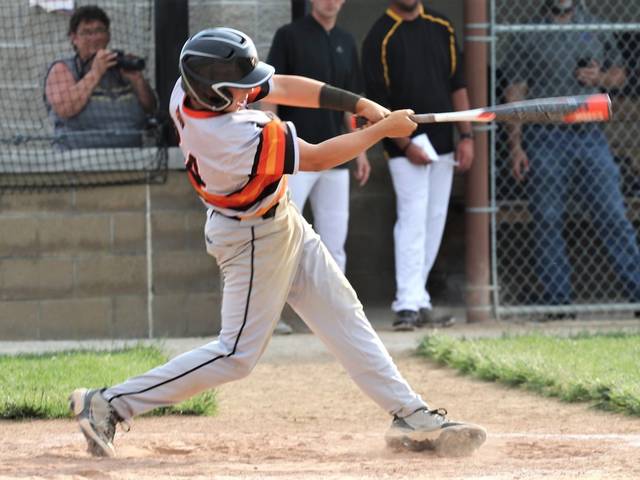 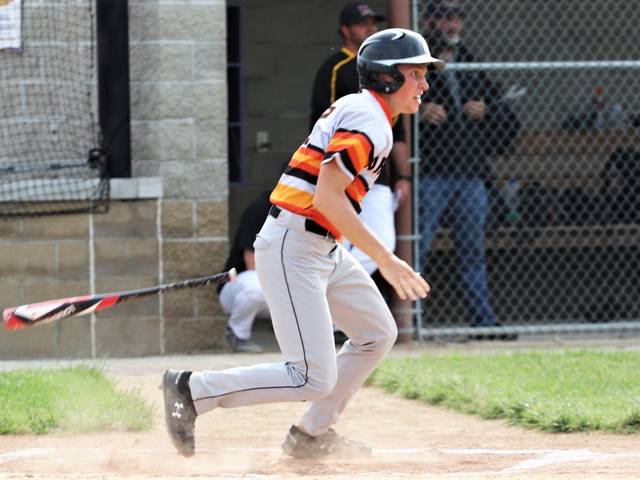 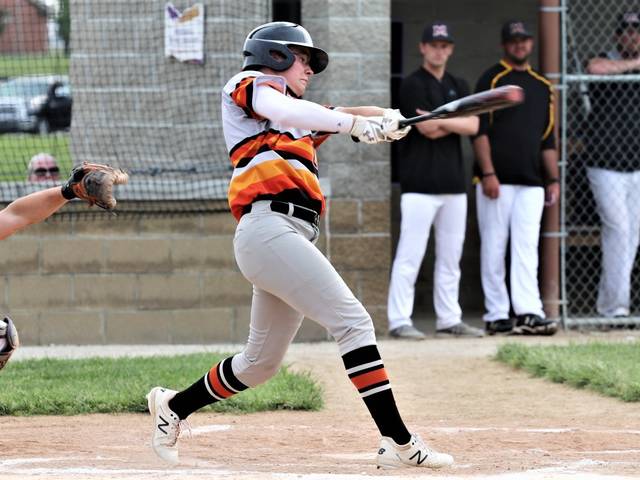 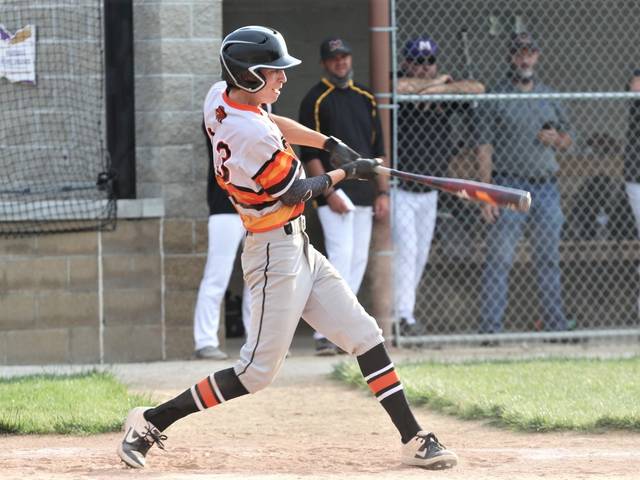 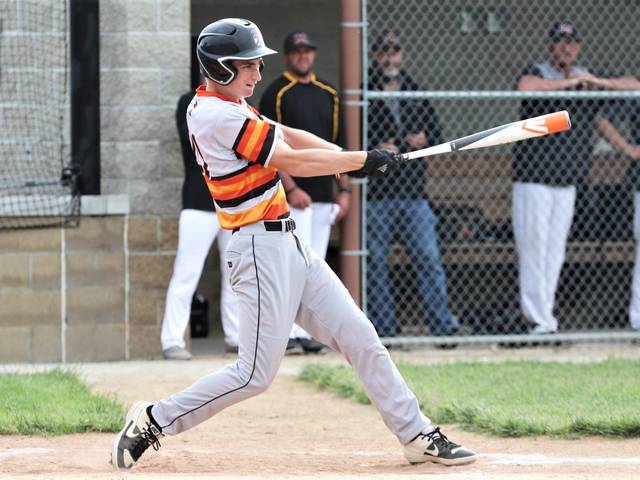 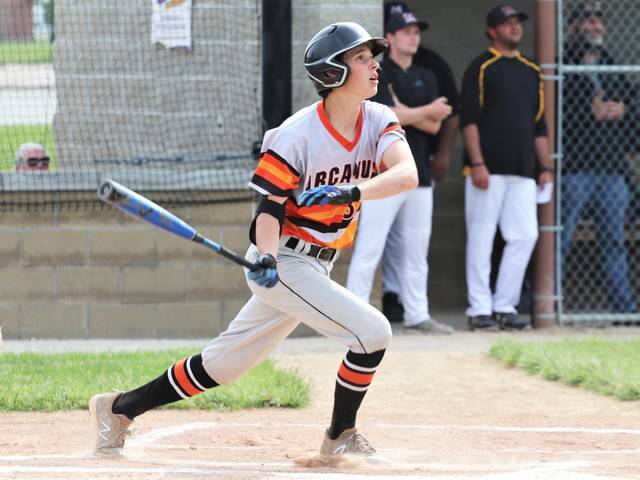 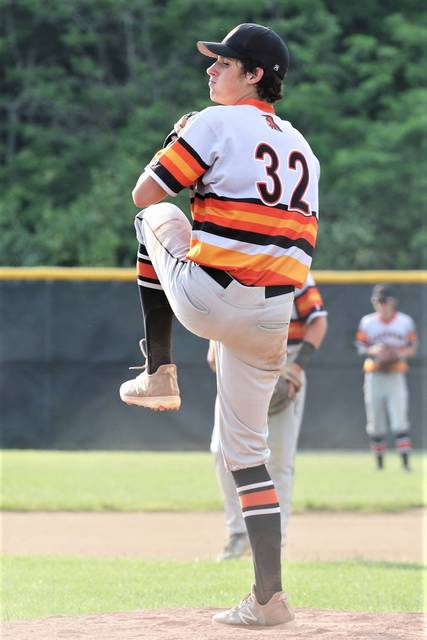 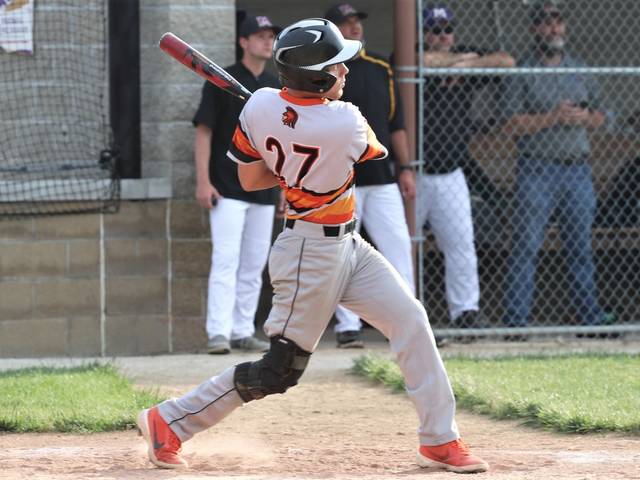 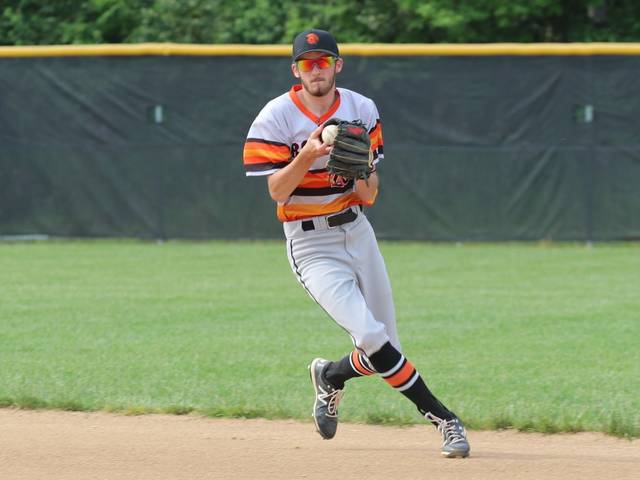 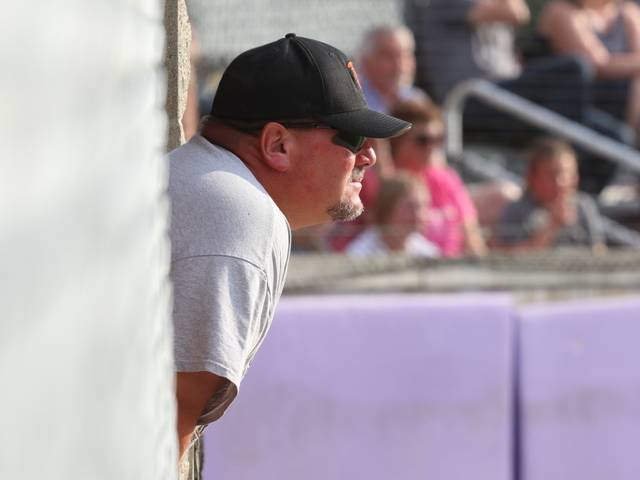 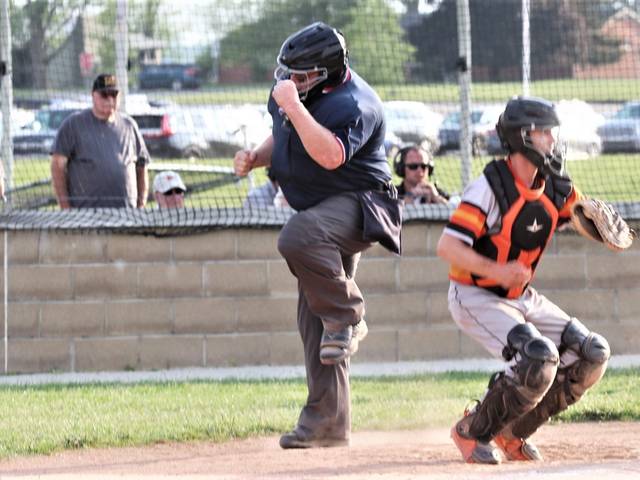