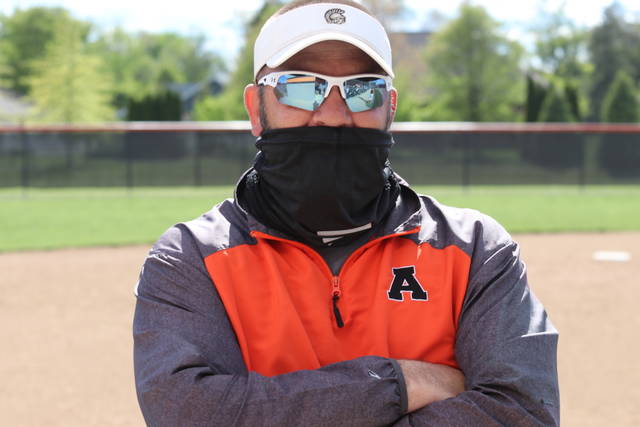 GREENVILLE – Arcanum Lady Trojans softball coach Mike Morris was named Cross County Conference coach of the year for the 2021 season, a year Arcanum won the CCC with a perfect 12-0 record.

“I’m not the only coach we have,” said Coach Morris. “I have four other coaches helping me and when the players buy into it they make my job easy. I would give that up any day to get another player on All-Conference or win that district game.”

The Lady Trojans made it to districts for the first time in the past 17-years and have all starters returning for the 2022 season with the exception of senior leftfielder, Eva Siculan.

“Everybody had Bradford listed up,” said Morris. “I think people had us top three. Our conference is tough. I have never won the conference in softball before and I have had some good teams that have gone deep in the tournament. Just shows you how good the conference is.”

Arcanum defeated Bradford 1-0 in a 10-inning no-hitter to secure the league championship title.

“We played well that night,” Morris stated. “Bradford was a good team, we just made more plays than they did.”

“Peyton Garbig pitched 10-innings, no hits and 11 strikeouts so she definitely that night became out No. 1 pitcher for the whole year,” added Morris. “We had been going back and forth between her and Ellie Fout. After the game Peyton earned the job and she never let go of it.”

With Garbig taking over fulltime duties on the mound, Coach Morris moved the power hitting Ellie Fout to first base where the junior tied an OHSAA state record for most consecutive games with a home run at seven.

“It was a good move all around,” Morris said of moving Fout to first. “Ellie worked hard at pitching and was very good on the mound. She had never played first base before. We started practicing her at first and she started looking pretty good so we made that switch.”

“She got comfortable with the position and she dug out a lot of balls this year,” continued Morris. “She is one of those players that can play anyplace and she is going to play anywhere I tell her to play, that’s just the type of player she is. She took that position and she never let that one go.”

“We had great leadership out of Eva Siculan,” Coach Morris said of his senior leftfielder. “She was one of our leading hitters this year. She had a couple home runs, she had a game where she had 8-RBIs, just one was one away from making the state record book.”

“They bought into the program,” said Morris. “Last year we were going to be a veteran team with a lot of talent coming back and then the season got cancelled. The younger girls came in this season, we started off 0-3 and I’m thinking, Arcanum is going to regret hiring me but we stuck with it and the players started gelling and they work hard.”

“Every night somebody different stepped up. They bought in and the future looks bright. They got a taste of the tournament, they want to get back there and hopefully next year we can take care of business.”

“Coach Baker means everything to me,” Morris noted. “He has taught me so much. I played for him then I got the pleasure to coach for him. He has helped me through so many tough times of coaching, difficult situations, how to deal with certain players. We lean on each other – we talk all the time.”

“He deserves everything,” added Morris. “To me he’s the best baseball coach in the area if not the state of Ohio. The players love playing for him. He’s just a great role model and I can’s say enough about what he has done for me.”

Gene Morris, Coach Morris’ father is a staple in the dugout helping coach the Lady Trojans while keeping the team scorebook.

“Randy (Coach Baker) got him started helping keep the scorebook for him,” said Morris. “Dad has flip-flopped back and forth between us. If dad wasn’t in that dugout I would feel almost lost because he wasn’t there. He means everything to me. One time I want to take him to Akron. He wants the same thing – he wants the girls to succeed. He is another great role model for the girls. The girls love him. I can’ say enough what he means to me and the program.” 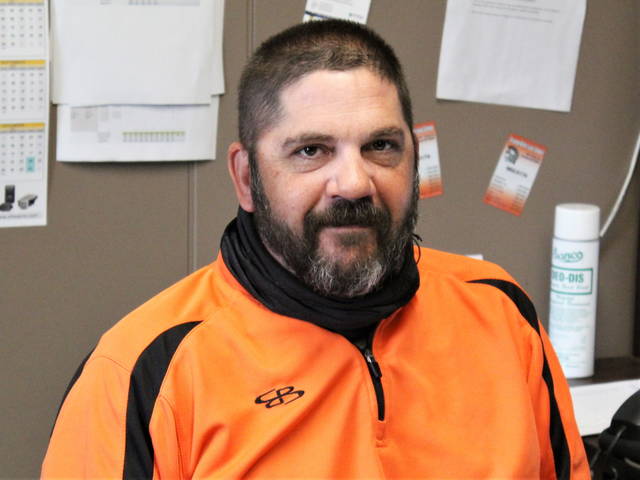 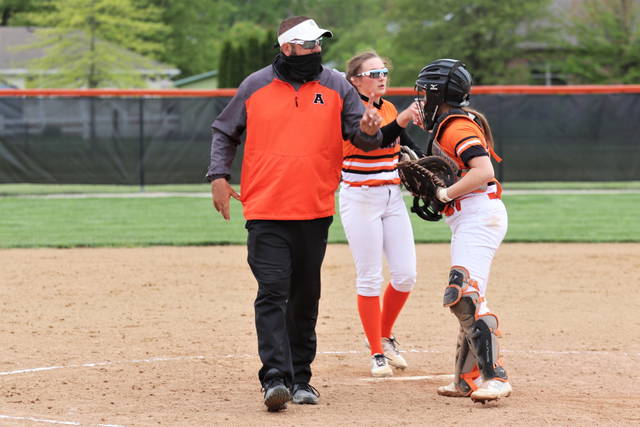