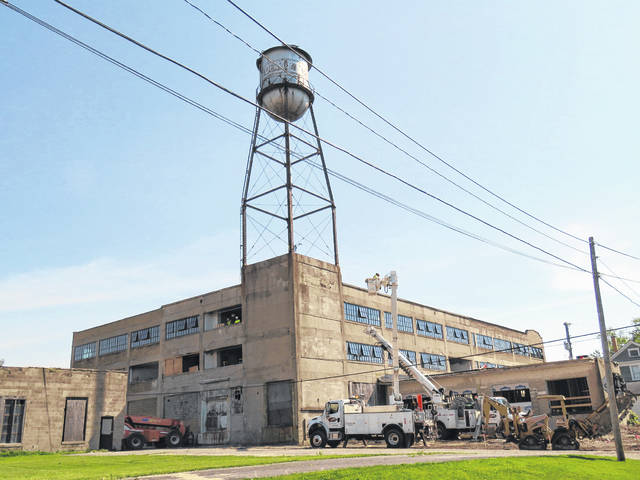 Among the restoration projects now occurring in Union City, one of the more historically significant renovations is the conversion of a long-abandoned factory on West Oak Street to a residence building called the Backstay Lofts.

You’d now recognize the place by its broken windows, dilapidated appearance, and, in particular, the water tower perched atop part of the roof.

Soon, it will be a spiffy jewel in the city’s near-downtown.

The partners Crestline Construction and AP Development LLC are turning the building into 50 apartments. The bottom floor will have space reserved for commercial enterprises.

What’s exciting about the project is a certain number of flats will go to households with lower incomes. That’s because the builders received funding through the Low-income Housing Tax Credit program.

But let’s flashback a bit to 1944 when the company was in its heyday. Originally, the company founder, Robert C. Schemmel, manufactured welts, gimps and insulating materials. Fender welts, for example, were inserted in between the sheet metal of early cars to quiet the rattles in rattletraps.

Schemmel, a vigorous wheeler dealer like no other, also found time to serve as president of Union City’s Raphael Kirshbaum dry goods store and chairman of Detroit-based Herron and Zimmer Moulding Company, a maker of steel windows.

Needless to say, Schemmel, was used to being treated a little like the hammer-wielding god of mythology Thor. He enjoyed his well-earned adulation and the homage of others.

Or at least Schemmel, did until 1944. That’s when a celebrity poet came to Union City for a performance at West Side High School.

The poet’s name was Carl Sandburg. Today, his reputation is about as deteriorated as the Backstay Building.

But in 1944 he was like a Rick Derringer rock star, and never mind that Rick wasn’t even born yet.

Sandburg matched Schemmel in ambition but not in cash flow.

Sandburg wrote short, sweet and once famous poems about hog-butchering Chicago and morning fog that “comes on little cat feet.” But he and his wife ran a thriving goat farm and he also penned a multi-volume biography of Abraham Lincoln.

He was quite the showman. And he was always in demand and always on the road.

Sandburg pranced on stage, long whitish hair whipping this way and back as he read his poems, played guitar, and sang like a troubadour.

A Union City women’s club put together the cash to pay the entertainer’s fee and booked him for October 25.

A local socialite and do-gooder named Stella Keck took care of all the travel details.

Unfortunately, Union City lacked a proper hotel to put up someone as famous as Sandburg, and so Mrs. Keck had a solution.

The poet must stay in the Tudor Revival mansion that her wealthy papa bought for her as a wedding present to Paul Keck.

And by now you’ve guessed that her proud papa was Herr Schemmel and that in his advanced years he lived with the Kecks in that vaulted ceiling West Division mansion.

Now right away you can envision a problem. Schemmel rose early and worked hard until suppertime.

The poet Sandburg stayed up all night writing and doing whatever poets do to fire up the Muse that made him confuse fogs with cat feet.

Thus, it was his way to rise only at the crack of noon.

And Carl was somewhat of a flirt and ladies man.

Which proved a problem when Mrs. Keck invited her daughter Margaret and the daughter’s roommate Majie — Kappa Alpha Thetas from Indiana University — to stay with her while the poet was there.

Under the stern Prussian governorship of Herr Schlemmel.

Sandburg fixated on the adoring Majie, later to become an Indianapolis news society editor and columnist.

The poet cooed that she was his little “Creole Heartbreaker.”

She, in turn, was “stunned out of my socks” to preen for the receptive poet, she revealed in her memoir “Forgive Us Our Press Passes.”

Schemmel stayed gracious for as long as he could stand it. In other words, not long.

It was bad enough that the poet stayed in bed until noon, but then he chitchatted with Majie in the morning while he was in bed and in his pajamas.

Pajamas. A middle-aged man talking to coeds with the bedroom door closed. And then the roommate confided to the Kecks that she was writing a profile of the great man for her creative writing class.

“I Met Him in Bed” was Majie’s proposed title of her story.

“I thought Mr. Schemmel as host might have been a little more gracious to the guest,” Majie later pouted.

But all was well when Carl Sandburg took the stage and performed with the skill of a magician.

The now defunct Union City newspaper chirped that Sandburg was “well received” by a packed house.

He never returned to the Keck-Schemmel mansion.

If he did, I think the poet might find Mr. Schemmel quietly sitting outside the bedroom door — just polishing his shotgun. 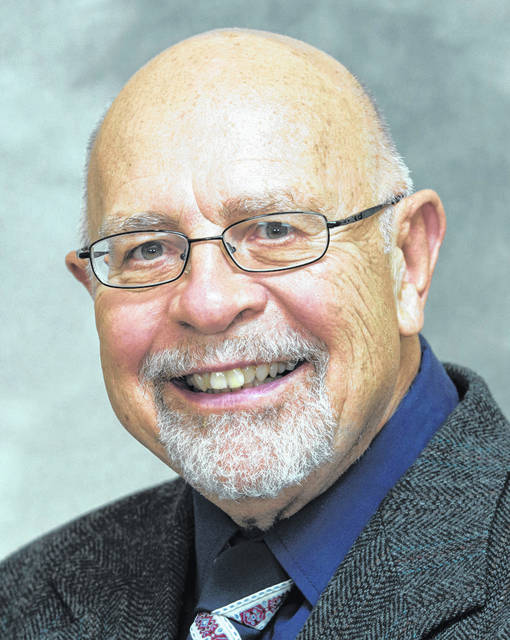