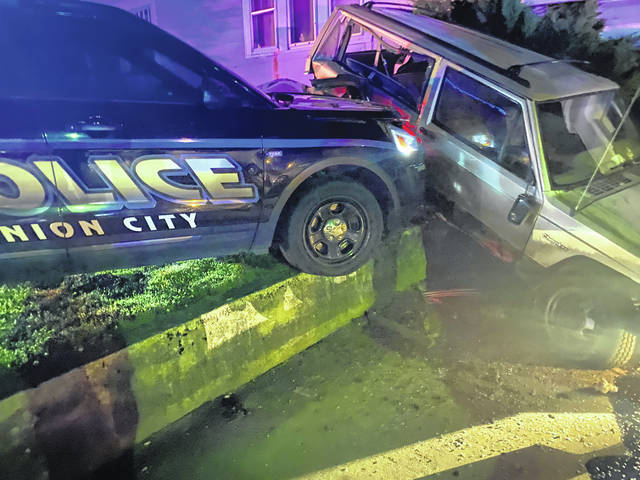 UNION CITY, Ohio — An early morning police pursuit ended Thursday with the arrest of a Union City, Ind., man for outstanding warrants and drug charges after the vehicle he was operating crashed into a Winchester, Ind., home.

According to a press release from the Union City, Ohio Police Department, at approximately 12:37 a.m. a UCO police officer observed illegal drug activity taking place in the 700 block of Lynwood Court in Union City, Ohio, between two male subjects. One subject was reported to have been on foot while the second subject was reported to be operating a Tan Jeep Cherokee. The UCO officer then observed the male subject operating the Jeep Cherokee drive away from the male that was on foot at which point a traffic violation was committed. The officer attempted to conduct a traffic stop by activating his emergency lights and siren on his patrol vehicle however the Jeep Cherokee failed to comply and stop.

A pursuit, reaching speeds in excess of 100 M.P.H., lead officers from the Union City, Ohio and Indiana Police Departments out of Darke County, Ohio, across the Ohio and Indiana state line throughout Randolph County. The Winchester Police Department was able to deploy stop sticks and successfully puncture the suspect’s tires in the area of County Road 125 East in Randolph County. Upon entering the City of Winchester, Ind., the suspect lost control of his vehicle careening off the roadway through the lawn of a private residence where it came to rest after colliding into a house on the corner of Washington Street and Union Street. At the conclusion of the pursuit, a patrol vehicle that was operated by the Union City Ohio Police Officer struck the suspect’s vehicle.

Both the suspect, identified as Anthony Weimer, age 39, of Union City, Ind., and the UCO police officer were treated at the scene and transported to area hospitals for injuries sustained during the incident.

Officers discovered during the course of their investigation that Weimer was operating his vehicle under a suspended driver’s license and wanted on an active arrest warrant out of the Hillsborough County Sheriff’s Department in Tampa, Florida for Resisting Law Enforcement with Violence.

Weimer was taken into custody in conjunction to the active arrest warrant out of Florida. Weimer also faces drug-related charges in the state of Indiana for a large amount of Methamphetamine that was found during the search of his vehicle as well as charges in the state of Ohio for Failure to Comply with the Order of a Peace Officer.

In his statement to the press, Chief Ater commented; “We will continue to pursue those individuals responsible for breaking laws within our jurisdiction. We will not have a lawless community and our officers will continue to uphold laws and support our constitution while bringing criminals to justice.” 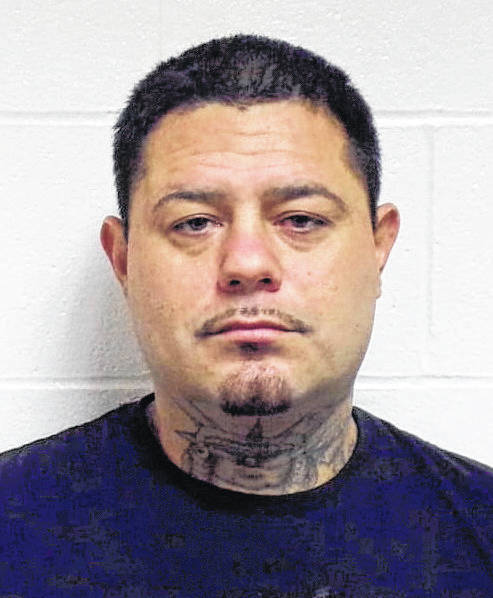