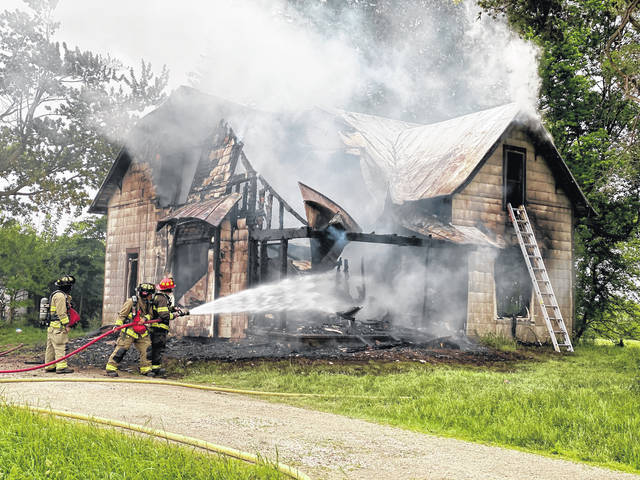 According to Mark Loy of the Liberty Township Fire Department, firefighters arrived on scene to find heavy smoke and flames coming from the home. Firefighters were able to gain control of the blaze, however the home was deemed a total loss after fire spread throughout the first and second stories of the country farmhouse.

At least one adult female was transported to Wayne HealthCare after reportedly jumping from a second story window in an attempt to escape the inferno. Firefighters reported finding the female laying on the ground after crawling to safety away from the burning home. Her condition remains unknown at this time. An adult male resident as well as an additional adult female, who was visiting at the time the fire broke out, were able to escape without injuries.

Red Cross was called to the scene to assist the family of four, which includes two teenage children that were at school at time of the fire, who lost everything within their home.

The cause of the fire remains under investigation by the Liberty Township Fire Department.