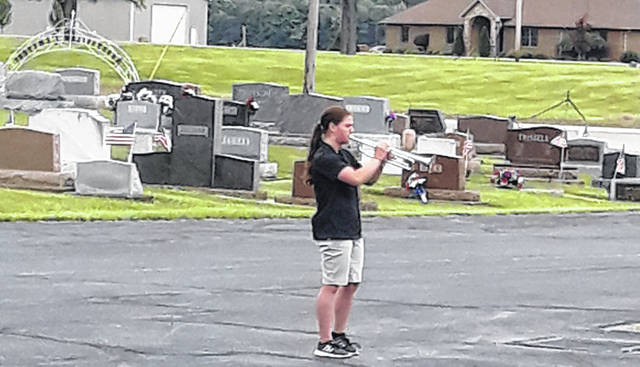 ARCANUM — Memorial Day patriotic observances were held over the weekend across Darke County — including ceremonies at Abbottsville and Ithaca Cemeteries in Arcanum — to commemorate the sacrifices made by fallen military personnel, paying tribute to their courage under fire, bravery, and heroism.

Both the annual Van Buren Township Abbottsville Memorial Service and the Twin Township Ithaca Memorial Service began with an entrance by the Greenville High School NJROTC, under the instruction of Sr. Naval Science Instructor Commander Win Knowles. Color Guard Commander Ja’lynn McCombs, led fellow cadets Desirea Crumrine and Jordan Ditty in the presentation of the American, State of Ohio, and Navy flags. Members of the Arcanum-Butler High School Marching Band, under the direction of Heather Marsh, played the National Anthem, and provided special music during the service, with Josie McCullough, Arcanum High School Class of 2021, playing “Taps” as commemorative wreaths were placed.

Pastor Larry Harter of the Pitsburg Trinity Lutheran Church gave the invocation, address and benediction at both solemn ceremonies, highlighting the service and sacrifice of Medal of Honor recipient, U.S. Army Specialist, Ross A. McGinnis, who left his home in Meadville, Pa., who deployed to Iraq with the 1st Platoon, Charlie Company, 1st Battalion of the 26th Infantry. While stationed in eastern Baghdad on a motorized patrol in early December 2004, a live enemy grenade was into the turret of the armored HUMVEE, putting its four occupants, who could not see it, in danger of imminent death. With only seconds to act, McGinnis jumped inside the vehicle and smothered the grenade with his own body, shielding his brothers-in-arms while perishing from the explosion’s impact.

“Every time we sing our anthem…we renew the eternal bonds of loyalty to our fallen heroes. We think of the soldiers who spend their final heroic moments on distant battlefields to keep us safe at home. We remember the young Americans who never got the chance to grow old, but whose legacy will outlive us all,” said Harter.“In every generation, these intrepid souls kiss goodbye their families and loved ones. They took flight in planes, set sail in ships, and marched into battle with our flag, fighting for our country, defending our people. Wherever the ‘Stars and Stripes’ fly at our schools, our churches, town halls, firehouses, and national monuments, it is made possible because there were extraordinary Americans who are willing to brave death so that we can live in freedom and peace.”

Abbottsville Cemetery has 728 veterans from past U.S. wars, including the Civil War, Mexican and Spanish-American Wars, World War I, World War II, the Korean War, the Vietnam War, Operation Desert Storm, and the Iraq and Afghanistan wars. Ithaca Cemetery, among the oldest cemeteries in Ohio, has veterans dating from the Revolutionary War. 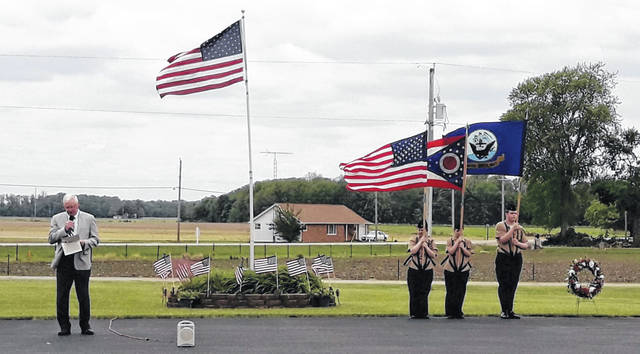 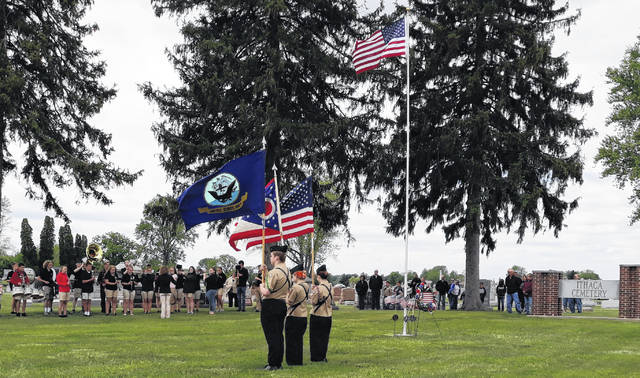 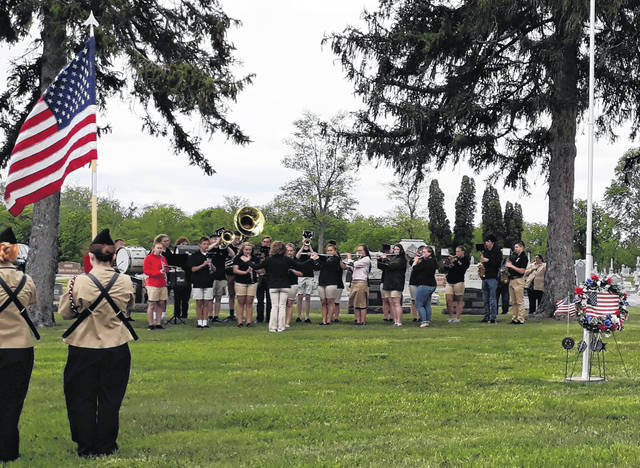